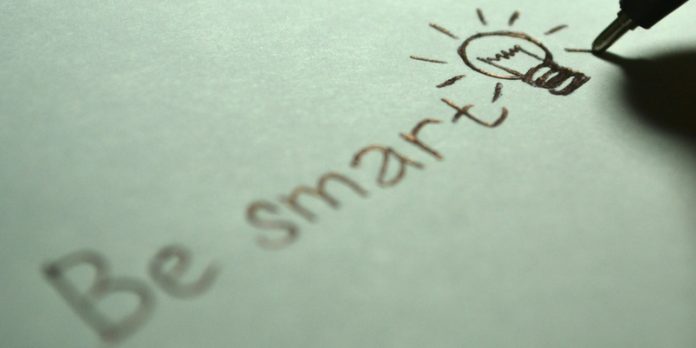 More than 150 years ago, inventors created something that increased the length of the average workday. It changed the way we see things, do business, and lead our daily lives. Having impacted several generations of people across the globe, the lightbulb is still evolving, and this evolution has been fuelled by rising energy and cost conservation. For example, the classic incandescent tungsten filament bulb that powered homes for over a century was replaced by compact fluorescent light (CFL) bulbs, to conserve more energy during the 1970s oil crisis. Though CFLs saved the day, they were bulky, did not fit well into fixtures, and had inconsistent performance and a low light output.

CFL slowly started phasing out at the dawn of the new century as people turned towards light-emitting diodes (LEDs) as the perfect technological and economical solution for illumination.

According to market research firm Million Insights, the global LED lighting market is expected to value at $108 billion by 2025. Fuelled by technological innovations and inclination towards clean and green energy solutions, LEDs deliver high efficiency and help reduce energy prices. India has fast adopted the technology due to the growing need for electricity conservation and insufficiency in electricity production. As compared to traditional lighting systems, LEDs have a longer life cycle, use 50 percent less electricity, and do not require any maintenance. Also, LEDs use 100 percent of the electrical energy to produce light as compared to incandescent bulbs that convert 80 percent into heat and only 20 percent into light.

Hence, making LEDs the preferred choice for both industry and domestic sectors helps to save huge amounts of electricity and cut costs.

Greatness in efficiency, and not design, initially made LEDs a solution for the industrial sector. However, mass-scale LED adoption in the domestic sector has augmented the scope of advanced designs and performance. Added to that, the advent of industry 4.0., Internet of Things, and the demand for intelligent solutions at home has led industry players to further tinker with the common LED lightbulb. As connected domestic devices, domotics, and energy conservation became the major lifestyle drivers, lighting companies had to introduce a solution that amalgamated the latest in tech, efficiency, aesthetics, and functionality, giving birth to ‘smart LEDs’ which seem to be taking the world by storm today.

Ideally designed for energy efficiency and simplifying domestic lifestyle, smart lighting technology entails automated controls that can be used to remotely command domestic lighting. Conventional lighting systems need to be manually switched on or off, while in smart lighting, pre-set customised lighting modes can be fed into the system and controlled remotely. Where incandescent bulbs or a cluster of bulbs need heavily loaded lighting systems and a large volume of high-capacity switches, smart connected lighting systems just need an output driver that directly powers the bulb without the need for increasing the power capacity.

No need to flick a switch

Using a smartphone or a hand-held device, home users can adjust lighting according to occupancy, ambient light, and daylight availability, rather than just flicking a conventional switch, thus optimising energy consumption. Smart LEDs can not only be controlled by smartphones or tablets over WiFi or Bluetooth these days, but the growth of residential IoT has fostered the integration of smart speakers and virtual assistants to control home appliances. Today, Alexa on Amazon Echo, Google Assistant on Google Home, Siri on Apple HomePod, and Cortana on Harman Kardon-Microsoft Invoke can control lighting at home through voice commands.

Soon, the market will also be able to see gesture controls and motion detecting smart lighting technology, which will further decrease human-to-electrical interaction.

Benefits don’t end at ease of use

In Indian modern urban homes, every member of the family has a different aesthetic taste, living requirement, and outlook. Personalisation has become a major challenge when it comes to lighting and home décor, and people are apprehensive about disrupting their lifestyle for home renovations. However, something as simple as domestic lighting can bring a fresh look at home. The right level/quantity of lighting can not only help in completing tasks effectively but also affects the emotional state of mind. The right colour can help bring out the best in home furnishing, wall colour, and the overall décor, giving the living space its own personality. Here’s where smart lighting technology comes into play.

Apart from being extremely energy efficient and durable, Smart LEDs have become the easiest enablers to meet challenges of Indian home décor. A living room can be turned into a weekend party zone by choosing from the 16 million colour options in a single smart LED bulb. A dinner area can be temporarily converted into a study area by increasing the brightness. One can set the appropriate brightness and colour in accordance with the décor, and using the Mesh technology that allows connectivity between different smart LED bulbs, one can control all the lights from one spot.

A convenient route to energy consumption

Fortunately, smart LEDs using Bluetooth Mesh technology don’t require any special wiring, hub, or electrical boards. It can be controlled via mobile applications, such as the Svarochi app that can customise and save individual light settings, as well as memorise the movement and customisation pattern for ease of use. As smart lighting technology remembers when to switch on or off, what temperature to function at, as well as the brightness, it facilitates excellent energy efficiency and minimal energy wastage. In 2012 alone, more than 49 million LEDs were installed in the US, that saved about $675 million in annual energy costs.

Another cost saver is its durability, which averages anywhere between 50,000 to 100,000 hours, letting users avoid the loss of changing incandescent bulbs after every 1,000 hours.

Having said that, smart lighting technology was the preferred solution for developing city-wide intelligent lighting networks and not initially meant for domestic use (because of its high energy efficiency, low maintenance, and inter-connectivity). Fuelled by the growing popularity of smart cities, intelligent lighting has become one of the key interest areas of industry players to make strides with newer designs and infrastructure for smart homes. According to a Market Study report, the smart lighting market is poised to surpass $24 billion by 2024 globally, giving players in India an opportunity to tap the smart-city initiative and a chance to transform the domestic lighting sector to embrace all aspects of residential IoT.

(Disclaimer: The views and opinions expressed in this article are those of the author and do not necessarily reflect the views of YourStory.)