Home Home decor Kitchen Starting A Woman-Owned Small Business, And How To Keep It Small 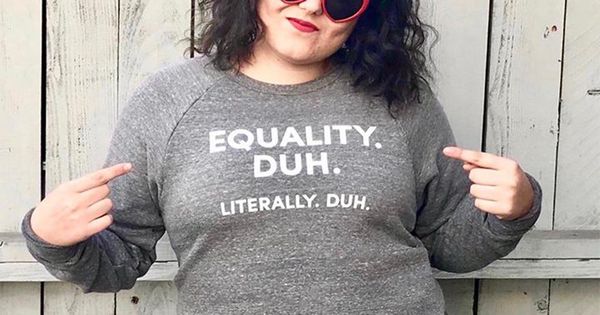 Hannah Coplen, Founder of States Made, is a guest contributor for the United State of Women

I started my small business, States Made, a year and a half ago in my dining room. Boxes and piles of shipping labels served as my primary office decor, and my business license hung with a magnet on the fridge. I didn’t raise venture capital, I’ve never hired an engineer, and I don’t intend to have more than 50 employees. I, like many others, set out to have a small business, and that is now what I run.

Venture-backed businesses are sexy, and for good reason. They’ve created booming economies on both coasts and brought some revolutionary products to market. But they represent only a small percentage of businesses started each year in the US. Most business start small, and stay small. And that’s okay!

In my view, there aren’t enough women founders talking about running small companies like mine—ones that build communities, and affect change on a grassroots level, but may never seek a Seed Round or a Series A. I’m new at this, but maybe my experience will help others with similar ambitions.

In 2012, I graduated from college and wrote down in a Moleskine three goals to accomplish before I turned 30. “Start a business,” was scrawled at the top, where it stayed for years uncrossed. In the interim, I worked a few enjoyable, interesting, but ultimately, comfortable jobs. I hadn’t lost sight of my goal, but I never found the right time to make the leap.

Then, the 2016 election proved to be a spark. I’ve never felt inadequate because of my gender, but to see an overqualified woman fall short was both heartbreaking and motivating. Suddenly, I wanted to prove I could create a successful business—something impactful but profitable—with grit and emotional intelligence. It became personal; I wanted my business to succeed, not in spite of being a woman, but because I am a woman.

At the time, I was running the merchandise fundraising arm at Omaze. Customers were showing interest in t-shirts that supported causes, but I noticed that non-profits and other organizations were rarely capitalizing. If feminist t-shirts were flying off the shelves at Forever21, shouldn’t Planned Parenthood have the same success?

I saw a world where nonprofits and political campaigns created fashion-forward, wearable merchandise and used e-commerce best practices to move their merch online. I knew first-hand that significant revenue and awareness could flow from something as simple as a good t-shirt. I left my job in July 2017, and after a few scary in-between months, I launched States Made in September. Now, we exist to create American-made, cool, wearable merchandise for political organizations, campaigns, and nonprofits.

To call the beginning “tough” is an understatement. I’ve long prided myself on being low stress, but I discovered anxiety and a host of other worries when I started a business. The early days were marked with lots of exposing myself, and lots of getting nothing in return. I was losing sleep, not because I was overloaded with work, but because I was anxious about how to allocate my time and scared that I would make a fool of myself if this went wrong. In retrospect, I can say I didn’t ask for enough help in these times. I went from being in an office with 100 friends to being alone in my kitchen trying to create something out of nothing.

But a note for my fellow founders: Find the people that believe in you, and they will help you forward. The first client that took a chance on me was, unsurprisingly, an organization built as a megaphone for the women’s equality movement, The United State of Women. They believed in my vision, and believed that a woman-run company would be deeply in step with their supporters and their brand. We created an online store and a lot of fun femme-gear—which you can check out here. Their investment gave me both confidence and my first case study. It also made me feel less alone. They were patient with me and without their trust, States Made would probably not exist.

If you’re a woman starting a small business, other women will support you—I promise. And when they do, don’t forget to pay it forward. At States Made, we try and work with other woman-owned businesses whenever we can, from our lawyers and accountants to the people who produce our buttons. I’ve found a vibrant community of women entrepreneurs, and I hope there are more reading this article. To my fellow female founders—tell your story in hopes that it will find the person who needs to hear it, and go to coffee with those who reach out. The more of us out there, the better we’ll all do.

Shop the United State of Women store, powered by States Made, here.