The popular Mexican restaurant La Veracruzana has expanded to Easthampton, opening the third and largest location with a ribbon-cutting ceremony Tuesday.

La Veracruzana has been in Northampton for 30 years and in Amherst for 25. Wife and husband duo Sunia Hood and Philip Pallante opened the Easthampton restaurant at 31 Union St. in July after buying the other two locations from Martin Carrera last year.

Pallante said they looked to Easthampton to open the third location because of “the number of eclectic restaurants and shops, and the growth that’s happening in the area.”

“We live close by so we’ve kind of seen how the area has garnered a lot of interest over the last half a decade,” said Pallante, of South Hadley. “We have so many of our customers in Northampton and in Amherst that live in this area that have said to us over the years, ‘Jeez, when are you going to open up in Easthampton?’ So here we are.”

“We’re real excited about being here in Easthampton. I mean we took an empty space and built a kitchen from the ground up,” Hood said about the Union Street location that was previously a furniture store.

The Easthampton establishment has the same décor seen in the other two locations, with brightly-colored walls, tiles and menu boards.

“What we wanted, is when you walk in, we wanted you to know it was La Veracruzana, by the menu boards, by the counter service, by some of the faces and the bright colors,” Pallante said.

The staff at the Easthampton location is a mix of employees from the Northampton La Veracruzana on Main Street and new hires, according to Hood.

“There’s no way we could experience this growth without the employees that we have. If I was to have any hope, that would be it. The employees we have, have been here in this business for 20-something years, and really have carried us,” she said.

“One of the things we’ll probably be doing here on the weekends is opening up a breakfast menu as well,” he said, which is not currently an option at the other locations, though the menu does include items like huevos rancheros and egg burritos. 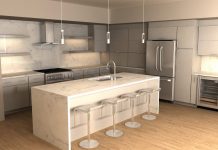 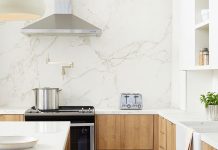 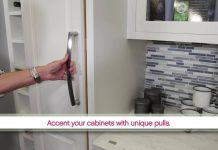 Planning to get black and white home decor? Follow THESE tips...