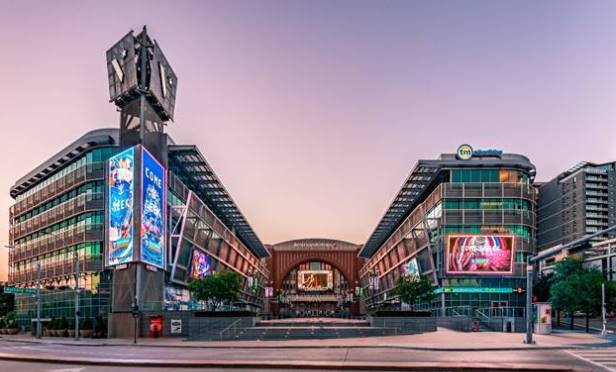 “When people think of Texas, they think of open skies and open ranges, now they are beginning to think about a booming and increasingly diverse economy,” said Nathan Lenahan, general manager for WeWork Texas. “We are thrilled to be growing within Dallas and meeting the needs of its bustling community. The combination of legacy companies and the newer wave of startups make Victory Park the perfect location for us.”

This Victory Park location will open in early 2019 and accommodate hundreds of new members ranging from entrepreneurs, freelancers and startups to artists, small businesses and even divisions of large corporations. Members not only have access to their home building, but they can work from any of the 290-plus locations around the world and connect to the 280,000-plus members’ global network.

“WeWork is seeing continued success in the Dallas area and we are thrilled to be growing to fit the needs of the community,” Lenahan tells GlobeSt.com. “WeWork is all about creating a space for our members to have a life, not just a living, and this new location at Victory Park will be just that.”

Victory Park is a $3 billion 75-acre mixed-use development in the Uptown submarket. This is near the Design District, the Arts District, Klyde Warren Park and the Margaret Hunt Hill Bridge. Victory Park surrounds the American Airlines Center, home of the Dallas Mavericks and Stars. The park features more than 220,000 square feet of retail, restaurant and entertainment space; 621,000 square feet of class-A office space; the 252-room W Dallas–Victory Hotel; more than 3,300 residential units; and the Perot Museum of Nature & Science.

Victory Park is a property of UST XVI Victory Park, a German real estate investment fund managed by affiliates of Estein USA. UST XVI became an equity owner of Victory Park in 2005 and the sole owner of the majority of the Victory Park buildings in 2009.

The addition of WeWork is a part of a district redevelopment led by retail partner Trademark Property Co. and UST XVI Victory Park. South Victory Park is undergoing a full remerchandising, adding 85,000 square feet of new retail space, and making key enhancements to become a more walkable urban neighborhood. In 2018, Victory Park will be opening more than 10 food and beverage concepts, and has welcomed Cinépolis Luxury Cinemas-Victory Park along with new public art.

“We are pleased that our efforts to create an attractive retail and entertainment district in South Victory have been validated by this significant lease commitment from the clear leader in the co-working space industry,” said Lance Fair, chief operating officer of Estein USA. “The rest of Victory Park will benefit from the addition of WeWork to the neighborhood.”