Home Office Watertown Daily Times | What does he do, work in a cave?... 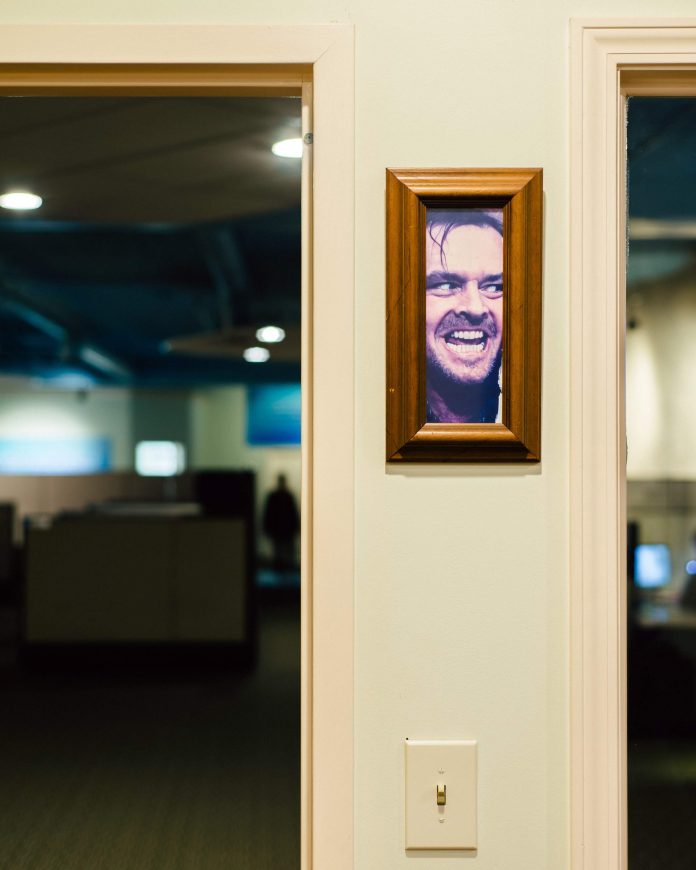 We spoke with Gene Peters, chief executive of Rosnet, a restaurant software company, about running the business in a cave in Parkville, Mo.

We’re in the Parkville Commercial Underground in a Kansas City, Mo., suburb.

It’s a series of caves left from limestone mining under Kansas City years ago that now houses businesses and part of Park University. The university leases the caves.

We’re 170 feet down. I know that because we had a hole drilled to vent our generator exhaust to the surface, and we worked with the property manager.

In 1998, I started the company with a partner in a guest bedroom of my house. When we’d talk to prospective clients, they’d ask: “Kansas? What will happen to our data when tornadoes come through like in ‘The Wizard of Oz’?” So in 2002, we moved to the Underground.

The pillars throughout the underground are numbered, and the individual caves are assigned the number of the closest pillar. We’re next to Pillar 342.

Our first office here was stark, with a black ceiling and black concrete walls interspersed with white pillars. When we moved to this office in 2011, we wanted to be more people-friendly, so we had the ceiling painted sky blue and the pillars an earthy brown. We also suspended cloud-shaped structures, which hold lights, from the ceiling.

We were going for a Middle-earth effect, reminiscent of J.R.R. Tolkien’s “The Hobbit.”

The large, stucco-looking wall, which is sprayed with gunite, a mix of sand, cement and water, is one face of the 25-by-25-foot limestone pillar that supports the limestone ceiling. The TV screens on the wall provide statuses for our support staff at 15-minute intervals. They indicate which of our 5,000 restaurant operators are online and provide metrics regarding their operations.

A TV instead of a window

I’m a minimalist when it comes to office décor; it’s not that important to me. One of my walls is the other side of the large pillar. The TV in my office is linked to webcams on the outside, which makes up for not having windows. It’s my window to the world.

Working underground is no big deal to me. I get in my car in my garage at home and drive underground here, so it’s all temperature controlled. I don’t even need to wear a coat in winter. Most of my staff is also fine with working here, but a few years ago, a talented developer came to me and said he couldn’t take it. He left after three weeks.

We have to go aboveground to Parkville for lunch; there’s no restaurant here. A grill would need to vent to the surface.

I’m a Jack Nicholson fan. I have a photo of him on the wall by the door, and artwork with one of his sayings: “I am who I am. Your approval isn’t needed.”

Another framed saying has nothing to do with the actor. It says, “Excellence is the art of being perfect, not almost perfect.”

I’ve been a Kansas City fan all my life. The framed jerseys belonged to George Brett, Hall of Famer from the Kansas City Royals, and Len Dawson, No. 16. He was a quarterback for the Kansas City Chiefs, who led them in their first and only Super Bowl victory.

When we started the company, we had four customers. My wife gave me the tiny crystal atop the dock for my laptop. She joked that it’s for telling the future, but there’s no way we could have foretold the success we’ve had.