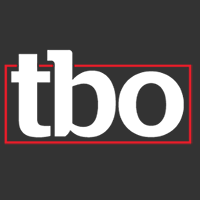 The disappearance of $148,000 in cash from Clearwater Parks and Recreation isn’t the only symptom of a department that lost all accountability and professionalism. Sexism and harassment were pervasive, and City Manager Bill Horne chose the only correct response by cleaning house. City Hall must not be a place where accounting is an afterthought and workplace harassment is overlooked.

The problems date back five years but only began coming to light in March. Then, the city discovered discrepancies in revenue reports and confronted longtime employee Robert Carpenter. A day later, Carpenter resigned and Clearwater police began investigating, eventually discovering that he had failed to deposit thousands of dollars in concession money, fees for the use of sports fields and event ticket sales. He was arrested in July, charged with scheming to defraud, in a case that is still pending. The loss of so much money is problematic, but worse is the lack of oversight that allowed it to go on.

Concessionaires and rec teams told police about making cash payments to Carpenter over the years and never getting receipts. Carpenter’s subordinate, Patrick Carter, knew his boss had taken cash but didn’t report it. And Carpenter’s supervisor, Brian Craig, got a job in the Police Department in the midst of the investigation, beating out 61 other applicants. Clearwater Chief Dan Slaughter, a friend of Craig, chose Craig even though he had no law enforcement experience and claimed a degree he didn’t have.

Why was the oversight so lax? It could be because the department had become a “good ole boys club” that was hostile and demeaning to women. Three of its key members: Carpenter, Craig and Carter. Investigators who conducted an administrative review learned that Craig remarked once that a female employee’s “hormones were kicking in” and described others as “emotional” and “stupid.” Another woman said Craig excluded her from emails, undercutting her ability to do her job. Witnesses said Craig, Carpenter and Carter bullied a woman about her office decor. One woman quit, another almost did and a third said she feared retaliation.

That kind of conduct is unacceptable in any workplace, no less so in a city department that serves the public directly. It’s outrageous that Clearwater residents were turning over soccer league fees and concession funds to a department that wasn’t keeping track of their money and treating its own employees so egregiously. But that’s exactly what can happen when oversight breaks down. Bosses who gang up on women can more easily look the other way when one of their cohorts in the boys club is skimming cash.

Horne took decisive action to stop the abuse. He fired Craig, accepted Carter’s resignation and put part-time recreation leader James Chapman on a development plan, the Times‘ Tracey McManus reported. He also wrote letters of admonishment to parks and recreation director Kevin Dunbar and assistant director Mike Lockwood for “failure to ensure appropriate oversight and internal control.” Next year, neither Dunbar, Lockwood, Deputy City Manager Jill Silverboard or Horne himself will be eligible for pay raises. That’s a positive signal to send rank-and-file employees that accountability goes all the way to the top.

But that’s the only good thing to come out of this ugly chapter for the city. Going forward, there should be no confusion that every penny that passes through Clearwater’s parks department will be accounted for and hostile behavior of any kind will be reported and halted.