Home Home decor On first day of fall, signs of seasonal change are all around... 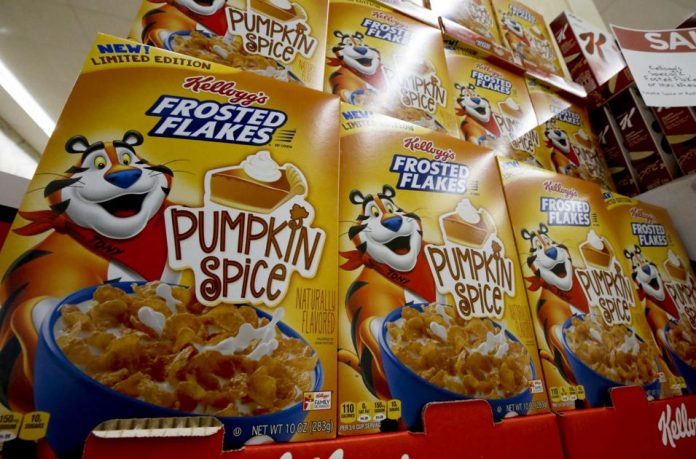 Summer is over (don’t kill the messenger).

Today is the first official day of fall, which runs through Dec. 21.

You might have noticed several things that have ushered in the season in the Pikes Peak region. Despite recent record-breaking heat, we’ve seen a “back to school” change of perspective in turning and falling leaves, home decor updates, pumpkin food trends, boots and tights, even some down jackets sported on the streets of Colorado Springs. Soon — very soon — you’ll be closing the windows, slurping comforting bowls of soup and turning on the heat.

In that spirit, even if you’re not warming mulled cider on the stove and bundling up in knitted scarves just yet, here are some of the more conspicuous harbingers of cooler weather ahead:

Flakes can fall here any time of year, but this year’s first big snow (beyond the 2017-18 winter) on America’s Mountain was visible to all on the morning of Aug. 10. Since then, snow has fallen and melted and fallen again at the summit, as well as in Colorado’s high country. It won’t be long before the city’s favorite icon dons its semi-permanent white winter cap.

If the light seems dimmer after dinner, it’s not your imagination. The hours of daylight are growing shorter. Daylight Saving Time (clocks “fall back” an hour) kicks in at 2 a.m. Nov. 4, which will give us an “extra” hour to snooze that day and possibly mess with our body clocks for weeks. Founding Father Benjamin Franklin devised the idea to reset clocks as a way to conserve energy, and the standardized system of beginning and ending Daylight Saving Time in autumn and spring came about in 1966 with the federal Uniform Time Act. Sunny Arizona and Hawaii opted out in the 1960s. But the Navajo Nation in northeastern Arizona adheres to the act, partly because it also sprawls into Utah and New Mexico.

Perhaps nothing says fall like the return of football season. The fall tradition is underway, and NFL and college gridiron contests are lighting up stadiums and TV channels across the country. Follow along with The Gazette sports experts’ weekly picks and make your own picks for each NFL game at gazette.com/nflpicks.

Hanging petunia baskets have been replaced by cheerful mums on local porches, and it’s soon time to store the mower and dust off the leaf blower and snow shovel. Cold weather crops such as kale, spinach, cauliflower, beets, turnips and peas are becoming the stars of the garden. And now’s a good time to plant trees, shrubs and spring-blooming bulbs, allowing roots to take hold before the ground freezes. It’s also that time of year that chimney sweeps are busiest, and you might want to change your furnace air filter.

This sweet and spicy trend goes beyond Starbucks’ famed Pumpkin Spice Latte, which made its 15th annual seasonal debut Aug. 28. Per Nielsen data, sales of pumpkin-flavored products reached $488.7 million over the past year, up 15.5 percent from the previous year. Look for limited edition pumpkin spice Frosted Flakes and Noosa Mates pumpkin spice yogurt and crunchies cups among the myriad pumpkin-laced foods now on grocery shelves.

Spiced beers and hard ciders have been locally available since mid-August. Colorado Springs-based Colorado Common’s seasonal Baked Apple Pie and Drunkin Pumpkin ciders are lip-smacking adult libation options. You’ll have to wait a bit for the annual release of Bristol Brewing’s Venetucci Pumpkin Ale, which benefits Colorado Springs’ Venetucci Farm. You’ll find the 22-ounce Bomber bottles and kegs only during fall, around Halloween. Act fast — they’ll sell out before you can say “boo.”

If coughs and sneezes have become the soundtrack at your workplace, you might already have been inspired to stock up on hand sanitizer, cough drops and lotion tissues to battle change of season allergies, colds and persistent sinus infections. The time is now to get your annual flu shot. The Centers for Disease Control and Prevention recommends everyone 6 and older get a flu vaccine.

The pumpkin trend continues with gourd- and jack-o-lantern-themed decorations filling store shelves near you. ‘Tis the season to light up the new 2018 Harvest Fall Yankee Candle and break out home accents in a fall palette of green and gold, orange and brown. And, with Christmas just over three months away, you can add to your shopping cart — if you dare — artificial holiday trees and sparkling decorations from big-box stores.