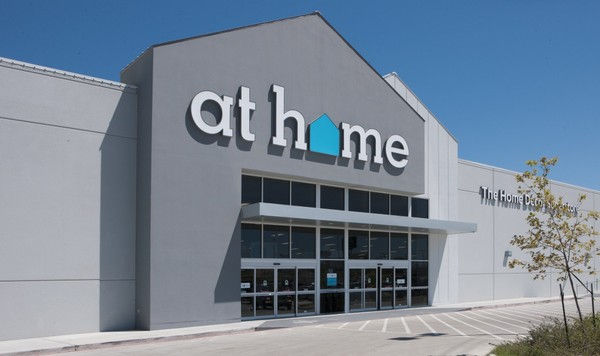 Home decor superstore, At home will open a store on Jonestown Road later this year in a plaza that previously housed a Kmart and an LA Fitness. American Girl is expected to open an outlet store in Derry Township this month. Those are just two of the businesses expected to open in the midstate. There are numerous businesses set to open in central Pennsylvania, and others that have recently opened:

A home decor superstore that opened a location in York County in 2016 and a location in Lancaster County earlier this year will make a home for itself in the plaza once occupied by Kmart and LA Fitness on Jonestown Road in Lower Paxton Township. At Home, a home decor superstore with thousands of items including furniture, garden, housewares, patio, rugs, seasonal décor, tabletop décor and wall décor, will open a 124,000-square-foot store in the 5000 block of Jonestown Road. Store officials have confirmed that the store is expected to open in October. The Kmart store on Jonestown Road closed earlier this year is one of a number of Kmart and Sears stores that Sears Holdings has closed in central Pennsylvania in recent years. The LA Fitness location closed last year. The Texas-based company was founded in 1979 as Garden Ridge Pottery and later named Garden Ridge before transforming to At Home in 2014. The chain has made itself at home in more than 30 states.

American Girl is coming to the Hershey area. American Girl is expected to open a 2,200-square-foot store at Tanger Outlets Hershey in Derry Township this month. The store will carry a rotating assortment of excess and discontinued dolls, accessories, and clothing from various American Girl brands.

Johnson Controls is moving its air handling systems and Ducted DX businesses from its current location at 631 S. Richland Ave. in Spring Garden Township to a renovated facility just a few miles away that the company is calling the “Airside Center of Excellence” at 100 JCI Way in Manchester Township which previously occupied Kelvin and GEA Refrigeration. About 200 employees relocated to the new site earlier this year from the office on Richland Avenue. Johnson Controls has ended its use of that facility. Renovations are currently being done on the building and will be completed next year. Manufacturing operations will be moved from a facility at 1499 East Philadelphia St. in Spring Garden Township to the new facility. About 330 employees will move to the new location in the early part of next year.