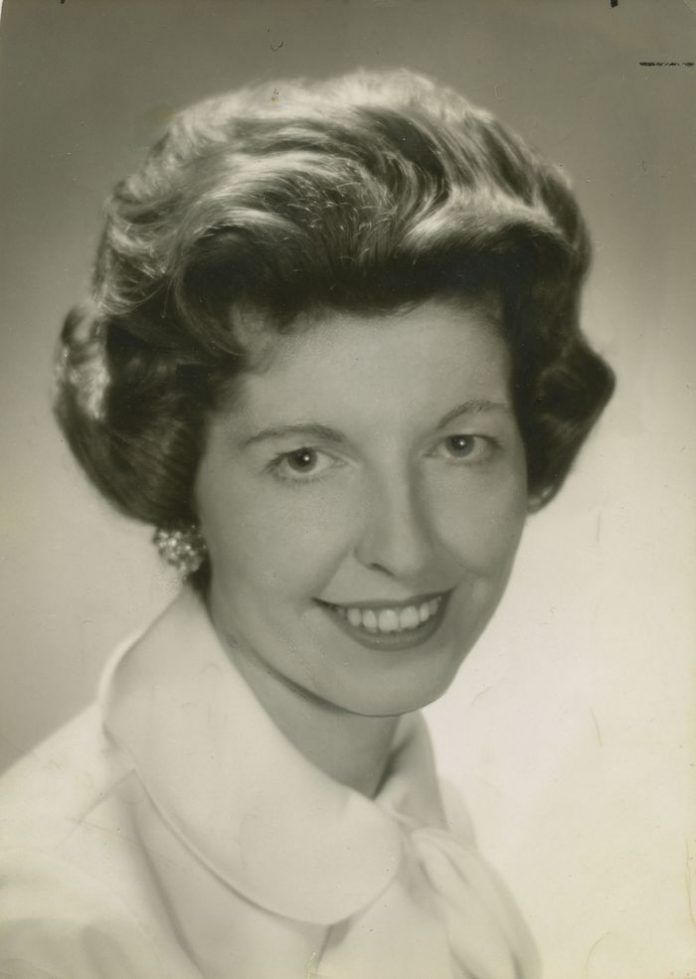 Grace McCarthy in August 1966 when she decided to run for the Social Credit party.

There are a million photos in The Vancouver Sun and The Province archives of the late Social Credit cabinet minister Grace McCarthy. One of the best is a 1971 Dave Patterson shot of McCarthy with a golf club, about to tee off on a golf ball that then-Vancouver Mayor Tom Campbell has placed in his mouth.

The photo works as a gag shot, but also works because McCarthy was a former Vancouver park board commissioner who often fought with city council over parks.

During her stint as a commissioner from 1961-1966 McCarthy worked to buy the former Shaughnessy golf course and convert it to Van Dusen Garden, introduced a program for disabled people in parks and helped get the Bloedel Conservatory in Queen Elizabeth Park up-and-running.

“She did a tremendous amount,” said retired park board communications head Terri Clark. “And you know what? She never forgot the park board. She went up to the provincial government, she was a minister and all that, but she always remembered the park board. She was very engaging, everybody liked her.”

McCarthy died in 2017 at age 89. Now the park board is looking at naming the space in front of the Bloedel Conservatory the Grace McCarthy Plaza.

“It’s a very appropriate spot,” said Clark. “Not only the highest point in the city of Vancouver, but she was always high on the city.”

Park board commissioner John Coupar notes the conservatory is also in her old provincial riding.

“There’s a lot of things that line up,” said Coupar. “Grace was on the park board during the period the conservatory and plaza were contemplated, she was a big booster of the project. Also she had a big impact on the tourism sector in Vancouver and British Columbia — she was a real cheerleader for the city and the province.”

McCarthy’s biggest fight as a park board commissioner was to stop the Canadian Pacific Railway from converting the Shaughnessy golf course to housing.

“She said the buildings are boxlike and are so close together there is hardly space to walk between them,” The Sun reported at the time.

On April 6, 1966, she criticized city council “for a lack of concern for the future of Vancouver’s parks.”

“Each of the aldermen feel investment in parks can come later,” she said. “In 10 years the values of land will be out-of-sight or have been grabbed away. We have a long way to go to educate our civic leaders. They have robbed us in the past of open space.”

McCarthy was elected to the provincial legislature in 1966 and became a powerful minister in the governments of Social Credit Premiers W.A.C. and Bill Bennett.

During her stint as tourism minister she put decorative lights on the Lions Gate Bridge (they were dubbed “Gracie’s pearls”) and oversaw the “Supernatural British Columbia” campaign. She also suggested staging the fair that became Expo 86.

The park board will discuss the Grace McCarthy Plaza proposal at its May 13 meeting.

Is there more to this story? We’d like to hear from you about this or any other stories you think we should know about. Email [email protected]