Home Garden PLANT PALETTE: The story behind the Yule log | Home and Garden 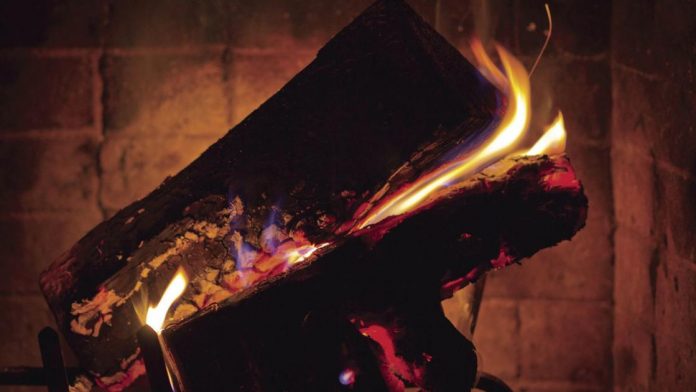 I can remember campfires where we joked about great big logs being “the Yule log” and you hear about it during the holidays, but what is it? I’ve also seen log-shaped cakes called Yule logs, confusing the topic even more.

The Yule log tradition varied in different regions of Europe, but all in some way linked it to health, fruitfulness and productivity of the home. It was part of the larger celebration of Yule, a pagan celebration of the Winter Solstice.

Yule begins the night before the Winter Solstice, and continues for thirteen nights, concluding on about Jan. 6, which Christians now refer to as ‘twelfth night.’ Pagans believed the spirit world became very close to our world on the night of the Winter Solstice and through the celebration of Yule. Lights and feasting were part of the merriment.

A ritual that became part of the Yule celebration was the burning of the Yule log, which was traditionally oak. The ancient pagan traditions linked this to their veneration of trees, and sacrifices to honor the gods. Ideally, a log was chosen that was large enough to burn for the entire Yule celebration. Legend says a Yule log may not be purchased, it must be found on your property, or your neighbor’s property.

The lighting of the Yule log symbolized the coming of more sunlight after the Solstice, and the firelight was believed to scare away evil or mischievous spirits that may roam the earth during Yule. Ashes and fragments of the Yule log that remain in the home through the year are thought to bring luck and protection. Some traditions require a fragment of the previous year’s Yule log be used to light the current year’s log. Other variations on the Yule log tradition attach decorations and good wishes for luck in the new year to the log.

More modern versions of the Yule log are typically adorned with greenery and other holiday decorations and candles, so the log is not actually burned.

The ancient pagans may have had some wild beliefs about spirits and sacrifices to the gods, but ultimately their wish was not any different from that of any modern person. They simply wanted protection and luck in the new year. I can’t think of anyone that wouldn’t want that today.

Their feasts and lights brightened dark winter days and reminded them that spring would come. We do the same thing today, lighting our houses and celebrating with family and friends during holiday time.

I don’t have room to burn a Yule log, but I’ll be lighting some candles and hoping for a peaceful and healthy new year this holiday season.

I hope peace and health finds all of you this holiday season as well.

Jennifer Schultz Nelson shares practical ideas and information to bring out the gardener in everyone in her blog at www.groundedandgrowing.co.