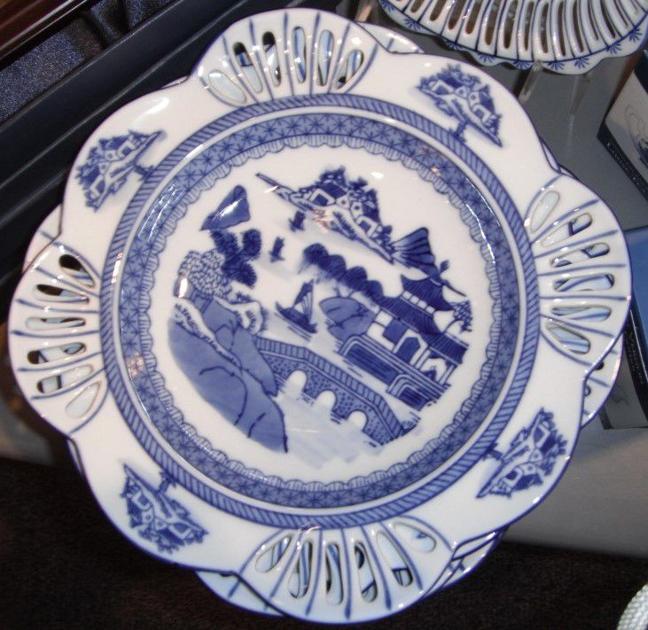 Beginning in the 1600s, Cantonware was traded from China to ports worldwide. It was heavy enough to act as the ballast of a ship, stored down low to help keep the ship stable.

Made in the Chinese province of Ching-Te Chen and decorated in enameling studios in Canton, Cantonware was introduced to American collectors by a Rhode Island merchant. This businessman received a shipment of Cantonware as early as the late 1700s, after which Cantonware was used by many colonial Americans. It has been found listed as everyday china in circa 1790s inventory records of Mount Vernon, the Virginia home of President George and Martha Washington located near Washington, D.C.

After the Revolutionary War ended and trade with China became popular, 2 million pieces of Cantonware were exported to North America between 1785 and around 1850. Cantonware then fell out of favor as a result of the Opium Wars, when China lost territory and power to the European powers of Great Britain and France. The Opium Wars, fought over Chinese sovereignty and the British opium trade, weakened trade practices and spiked market prices associated with Cantonware.

Early Cantonware from circa 1784-1810 featured handpainted decorations and well-built porcelain bodies. Later Cantonware lacked the quality of first-period Cantonware. Today’s collectors can identify it by its drab appearance, faulty clay form and lack of precise decoration.

Asian imagery and borders of lattice or crisscross and scallops, swags, clouds, diagonal lines and wave patterns also are common to Cantonware. By the late 19th century, Cantonware was marked with the word “China” written or stamped on each piece.

Success! An email has been sent with a link to confirm list signup.

Error! There was an error processing your request.

Major museums boasting collections of Cantonware include the Lowe Art Museum in Coral Gables, Florida; Metropolitan Museum of Art in New York City; and the Forbes House Museum in Milton, Massachusetts, to name a few.