Home Furniture A room of one’s own: Why the design world should pay attention... 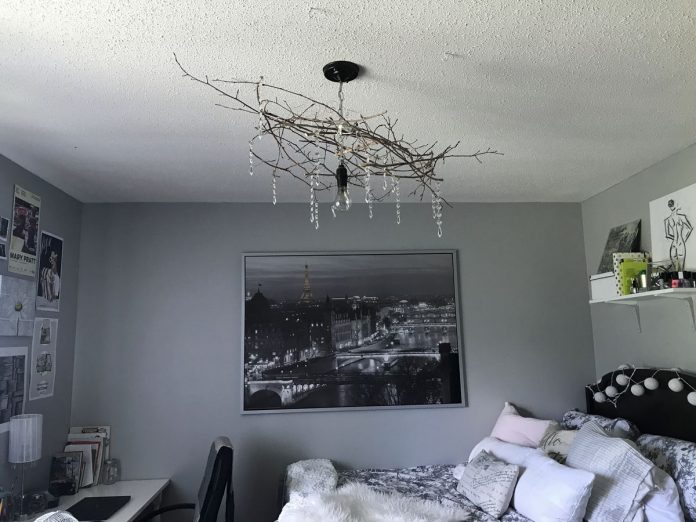 Nineteen-year-old Holly Beingessner, from Stittsville, Ont., has always loved design. She grew up rearranging her bedroom furniture, is currently starting her second year at Ryerson University’s School of Interior Design and is always happy to help friends with their decor, even offering to assist her older brother outfit his dorm room when he went off to college (“He’s a lot different than me,” she says. “I think for the first two months he didn’t have a comforter. I don’t know how he survived.”)

It might seem as though Beingessner is an exception in her demographic. In a teenager’s hierarchy of needs, well-designed furniture and home decor appears to be a low priority. When was the last time anyone saw a cadre of Architectural Digest-wielding, fabric-sample obsessed 15-year-olds, looking for sofa sets or ottomans? Especially when they could be scouring the web for the latest Justin Bieber, Hailey Baldwin updates?

According to a 2017 report from IBM and America’s National Retail Federation, a mere 16 per cent of adolescents spend their own money on decor and furnishings. And those who do only expend between 1 and 2 per cent of their cash to get home goods (comparatively, more than half of teens part with upward of 40 per cent of their money to outfit themselves in the latest shoes, shirts and jeans).

Yet big furniture brands like the Brick and Ikea offer a wide array of options for the 10- to 20-year-old crowd. Pottery Barn even has an adolescent furniture line, PB Teen, which it’s had since 2003. Similarly, Restoration Hardware launched RH Teen in 2015.

That’s because, according to Paris-based marketing company JC Decaux, 19 per cent of eight to 12 year olds and 48 per cent of 13 to 21 year olds directly sway what their moms and dads buy. “The person paying is the parent, that’s obviously true,” says Shimmy Silver, who has been selling teen furniture as the manager of Kid’s Interior Design Store in Concord, Ont. for last 20 years. “Having said that, all the research shows, if the teenager is with the parent, you treat the group as a whole and talk to both sides.”

Appealing to the taste of teens is a matter of smart business. And teens are particularly discerning when it comes to their own bedrooms and bathrooms.

According to Beingessner, multifunctionality is particularly important. “Teens often don’t get huge rooms,” she says. “But our rooms are like our own little sanctuaries or mini-apartments. They are places to hang out with friends, do homework, play around and explore who we want to become.”

A versatile desk, she points out, is often critical, as it has to accommodate not only math problems and English essays, but other activities. Besides homework, Beingessner uses her work surface for makeup and DIY decor projects. Recently, using foraged twigs, she made her own light fixture that was inspired in part by something she saw at Pottery Barn, but which “was a little pricey,” she says, adding that she often looks at Pinterest, shelter magazines and popular brands like Urban Barn and Ikea for design ideas.

Room colour is another way Beingessner suggests adding versatility. Over the last 10 years, she has painted her bedroom walls three times. First it was bright pink, then a two-toned blue-and-green combination and finally light grey. “Grey is neutral,” she says. “So it can go with more things.”

Interior designer Shirley Meisels, who runs Toronto studio Mhouse, Inc., agrees that neutral is smart for teen spaces. From her experience, kids change their minds quickly, and their phases are short-lived. It doesn’t make sense to go all in on a Barbie extravaganza for an 11-year-old, when Barbie might be totally uncool by the time that tween becomes a teen.

For her own daughter Lily’s bedroom, for example, Meisels painted the walls white, and shopped at stores like Crate and Barrel for such furniture basics as the stacked, modular Aspect storage cabinets ($449 per unit).

Lily, who was 12 when the room was finished and is now 15, could one day take her furniture to university and beyond without being embarrassed by it. And for her part, Lily likes the white walls, even more than the previous pink. “I can’t change all the big stuff,” she says, “But I can accessorize with different colours. When I get bored, I can change it up.” New pillows from Urban Outfitters are one way, or swapping out the images on her walls. (“I know she likes to put stuff up,” says Miesels. “I just say for the love of god, please use painter’s tape to protect the walls.”)

Designers who make kid-friendly furniture also keep the transitional nature of young lives in mind. Made-in-Canada brand Monte makes the Dorma bed frame (starting from $1,095). It has an optional pull-out trundle bed (it slides out from the base, like a drawer) to accommodate sleepover guests. Its grey, beige, black or white headboards work regardless of age.

Not that kids should or do shy away from colour. Recently, 16-year-old Maya Coniker, who lives just outside of Toronto, redesigned her bathroom. At the outset she wanted “a spring type of theme including flowers and birds,” she says. The results include shell-shaped tiles in the shower, light blue walls, a bird-covered shower curtain and coral-coloured accessories on the counters. “When I saw [them] at HomeSense, I knew they would be perfect in the bathroom,” says Coniker. “They’re so pretty.”

It’s possible that in a few years Coniker (whose mom, Vanessa Francis, writes the popular blog Decor Happy) might want a different theme. But for now “the fun, positive colours incorporated into the space makes a great area for my age group,” she says. “Happy colours give you joyful, positive vibes compared to darker colours that make the room gloomy in my opinion. Dark colours are more mature.” And to a 16-year-old, there’s still plenty of time to mature.

Visit tgam.ca/newsletters to sign up for the Globe Style e-newsletter, your weekly digital guide to the players and trends influencing fashion, design and entertaining, plus shopping tips and inspiration for living well. And follow Globe Style on Instagram @globestyle.