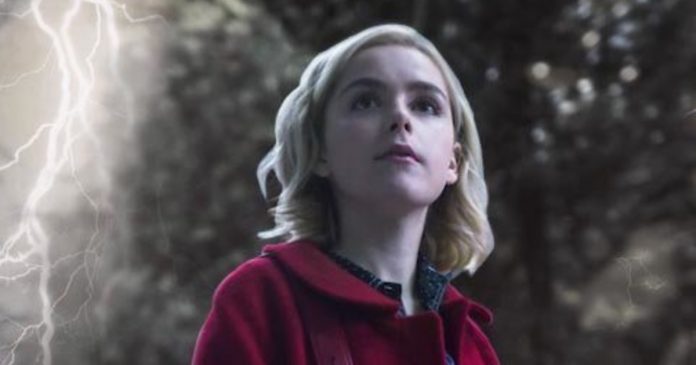 A few days before her 16th birthday, Sabrina Spellman is in her bedroom. There’s a chill — one of her windows is propped open, and there are claw marks on each side of the sill. “What now?” she wonders aloud.

It’s been a long week. Her school’s principal won’t address the dumb jocks harassing her friend. She’s already been hexed by a trio of girls called the Weird Sisters who interrupted her attempt to summon a goblin “familiar” in the woods. And by the end of the week, she has to decide whether to sign her name over to the devil for, like, ever.

Suddenly, an unknown entity calls out her name. “Show yourself,” Sabrina commands it. A haunting demonesque figure pops its head out from behind her vintagey trifold room divider, right by a smattering of Polaroid photos she’s stuck to her wall. And then, poof! The formidable shape of a ghoulish figure is gone. In his place, a friendly black cat saunters forward.

This is how Netflix’s new series “The Chilling Adventures of Sabrina” introduces us to Salem, the familiar who’s taken on the shape of a cat to effectively serve his witch master. The scene also doubles as the debut of Sabrina’s bedroom, which, besides the momentary demonic occupation, is a teenage girl’s dream haven.

Get top stories and blog posts emailed to me each day. Newsletters may offer personalized content or advertisements.
Learn more 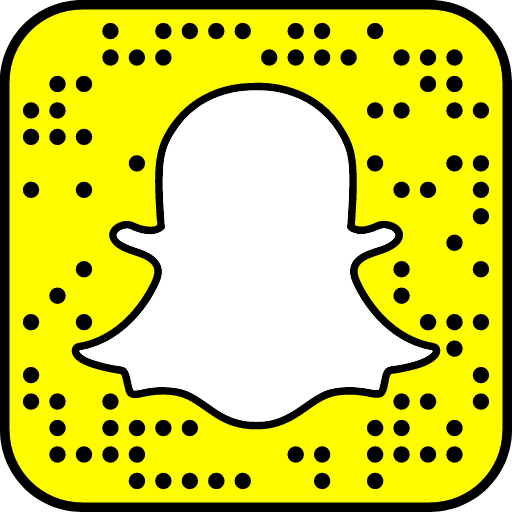 The space is lushly decorated, replete with retro flourishes that permeate the whole town of Greendale (neighbor to Riverdale in the Archie comic universe). From the old-timey black cat calendar she dutifully uses to “x” out the days until her birthday to her dollhouse to a melange of pop culture references that continue to fuzz the time period of the series (The Beatles, David Bowie, The Monkees, Jason Voorhees), there is a balance between witchy nods and typical teenage ephemera that reflect the dual worlds Sabrina stands in — the magical realm and the mortal one.

On her night stand, she has a rotary telephone and a Magic 8 Ball.

“There are some things that are very much on the nose,” production designer Lisa Soper said, pointing out the round window behind Sabrina’s wrought-iron bed. “It’s the one window that’s different from all the other windows when you look at the outside of the house … It’s also shaped like a spiderweb.”

Like any other teen girl holed up in a corner of her family’s home, there’s a manic sense to her bedroom design, a result of aesthetics that aren’t quite in her control, upon which she’d like to leave her mark anyway.

A persistent theme in the show is how refreshingly teenage Sabrina’s dilemmas seem (extremely mild spoilers ahead): Should she choose semi-immortal life and the ability to cast spells over her sweet but ultimately vanilla beau Harvey Kinkle? Should she learn magic with fellow witches or start a club with her friends at school? Should she obey her aunts and prepare for her dark baptism in the woods or … go to a Halloween party and dance to “Monster Mash”?

Compared to her non-magical peers, Sabrina (played by Keirnan Shipka of “Mad Men” fame) isn’t just going through the singular trauma of growing up. Hers is a complex seesaw between the heavier-than-normal expectations placed on her magical future and the pleasant foibles of the mortal world.

She’s not a girl, not yet a witch.

Sabrina’s room reminds me of my own teenage bedroom, in spirit if not aesthetics. Unable to paint over the Pepto Bismol pink walls I’d grown up with — and a little afraid, maybe, about how I’d feel once they were gone — I plastered them first with Leonardo DiCaprio and Volkswagen Beetle posters and then disposable-camera snaps of my friends and fleeting crushes and inside jokes, all in the hope of being able to look at the walls of my room and see myself, and feel at home.

In fact, many teen girl bedrooms on-screen have left their impression on me — and others, based on the amount of Tumblr and Pinterest posts devoted to them — over the years. The alarmingly ladder-accessible “Clarissa Explains It All” bedroom, Angela Chase’s grandma-ish floral quilt with her cool posters. This year, Kayla’s cutesy bedroom in the film “Eighth Grade” revealed a self she wanted to be, the sunny, confident teen she portrayed in her YouTube videos.

And perhaps the most visceral feeling was sparked by the teen bedroom in “Lady Bird,” full of clutter, posters, things old and new. I felt painfully seen as I watched the titular character cross out her old boyfriend’s name, written on the wall, and replace it with her new crush’s.

Even the series spiritual predecessor, “Sabrina the Teenage Witch” of the late ’90s, had enviable and age-appropriate interior decor for the time: “witchy” but filtered through a Fleetwood Mac lens, with swirly lilac wallpaper, colored glass and serene-looking moons. A cauldron sat on her desk to hold pencils — just the kind of thing a magical being who also had math homework might need.

“With [Sabrina’s] space, and kinda all of the spaces that lead to her bedroom, everything is built on duality, or making a choice,” Soper said of the Netflix remake’s design. “Choose the path of light, choose the path of night.”

When Sabrina enters her home, she’s greeted by a grand staircase that splits into two, going left and right. Inside Sabrina’s room, there are several small doors, representing even more options.

And then there are the less-obvious witchy nods in Sabrina’s bedroom.

The pink colors of the wallpaper also match the beautiful red tones seen throughout the series, especially in reference to Sabrina, who is frequently seen with a red purse and coat. The Spellman’s front door is also a lush red.

As for the floor, Soper said she created a herringbone shape that spirals into itself, the spiral representing a powerful symbol in paganism and witchcraft. Shapes are an important factor outside of the Spellman home as well: The Academy of the Unseen Arts — the witching school Sabrina eventually attends — is made up of a series of perfect, connecting pentagons, with the five points recalling the five-pointed pentagram.

But it’s the humanizing touches in Sabrina’s bedroom — the posters and Polaroids you can imagine she tacked up herself — that ground the character, that make her and her teenage whims more believable.

In Episode 2 of the series, Sabrina’s benevolent Aunt Hilda speaks with the teen about her father, who supposedly died in a plane crash alongside her mother. Hilda tucks her niece into bed and sits at its foot, a maternal presence reminding Sabrina and everyone watching that the young witch has a lot of dark history to contend with but, in her bedroom, she can remain safe for now.