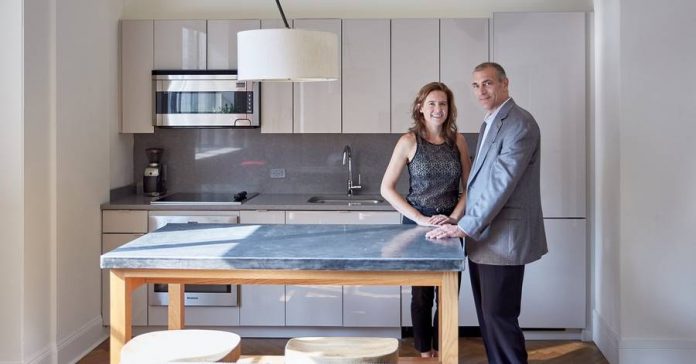 After more than a year, finance executive Robert Wolfangel, his wife Jaime and their cats Tiki and Cody have just moved out of their Philadelphia hotel room.

It wasn’t a depressing existence: Their place at Roost Apartment Hotel was a roughly 750-square foot one bedroom with a full kitchen, herringbone floors and midcentury modern furniture. After they finally bought a home, the couple was able to move on two weeks’ notice. 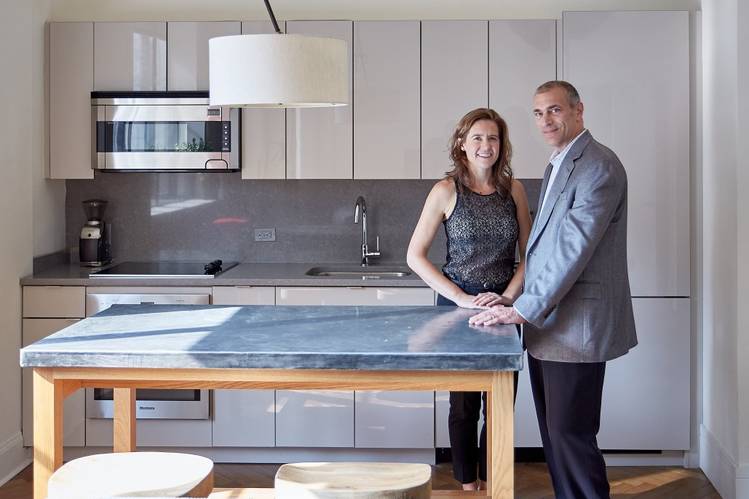 Robert Wolfangel, his wife Jaime and their cats Tiki and Cody lived in a Roost unit for over a year.

Will Figg for The Wall Street Journal

Traditionally aimed at business travelers or relocating families on a budget, extended-stay hotels are often associated with bland décor and suburban office park locations. In recent years, however, the industry has seen the advent of upscale extended stay brands in prime urban locations. With features like full kitchens, multiple bathrooms, regular housekeeping and a concierge, they are sufficiently homelike to appeal to wealthy tenants who might otherwise rent an apartment or buy a pied-à-terre in a luxury building.

Though it is not a cheap way to live, long-term residents calculate that the flexibility, combined with the fact that they don’t have to pay for deposits, utilities or furniture, can make an extended-stay hotel a better deal than renting an apartment or buying a home.

There are over 456,000 extended-stay hotel rooms today, nearly 34% more than five years ago, and extended-stay hotels are occupied 77% of the time, higher than the national average, according to Jan Freitag, senior vice president at STR, a data provider to the hotel industry. Hotel executives say consumers have become more familiar with the concept of renting a temporary home through the popularity of websites such as Airbnb. Upscale extended-stay hotels can offer the homey feel of an Airbnb, without the sometimes tricky check-in process and unpredictability, they say.

Roost Apartment Hotel has two locations in Philadelphia. It is opening another Philadelphia location in December, one in Washington, D.C., in July, and another in Charleston, S.C. within 18 months. Units boast 100-year-old Turkmen rugs, Bosch washer and dryers and Chemex coffee makers. Mr. Wolfangel’s room alone cost about $70,000 to design and furnish, said Roost Chief Executive and co-founder Randall Cook. Nightly stays in a one-bedroom range from roughly $225 to $295, but drops down to about $175 a night for a monthly stay. 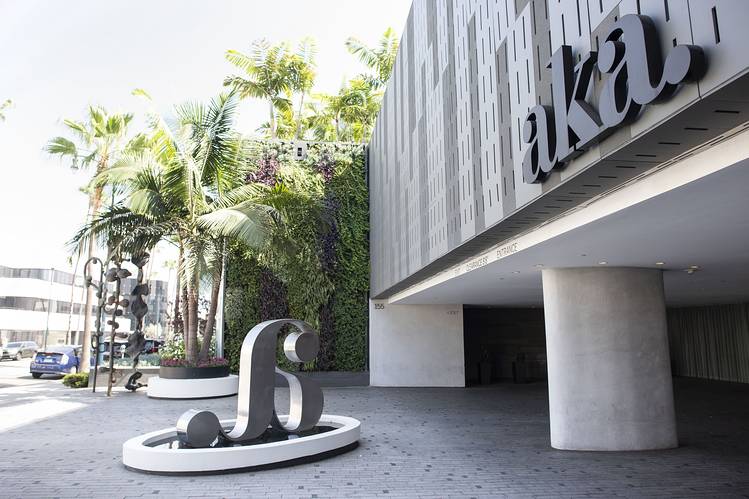 AKA hotels offer luxury touches such as lounges, board rooms, fitness centers and valets. AKA Beverly Hills is pictured here.

AKA hotels offer luxury touches such as lounges, board rooms, fitness centers and valets; some have screening rooms and roof decks. There is a program that arranges experiences for guests including trapeze or cooking lessons.

Andrew Cripps, a 58-year-old entertainment executive, signed a one-year contract at the AKA Beverly Hills in January, 2017, and is still living there. While he got a job in Los Angeles, his wife and three children decided to remain in London, where his middle daughter was in her last year of high school. He now spends roughly $12,000 a month for a 1,145-square-foot one bedroom, and heads to London for roughly a week a month.

Mr. Cripps says he looked at apartments, but was turned off by how few were located in walkable neighborhoods.

Bob McDonald, the retired chairman, president and chief executive of

lived in the AKA White House in Washington, D.C., while serving as the Secretary of the Department of Veteran’s Affairs from 2014 to 2017. Mr. McDonald says he doesn’t remember exactly what he paid for his roughly 1,000-square-foot two bedroom, but says it was roughly equivalent to his annual after-tax salary at the VA, which was about $198,000 a year. AKA’s prices vary widely by location, date and demand, Mr. Korman said. 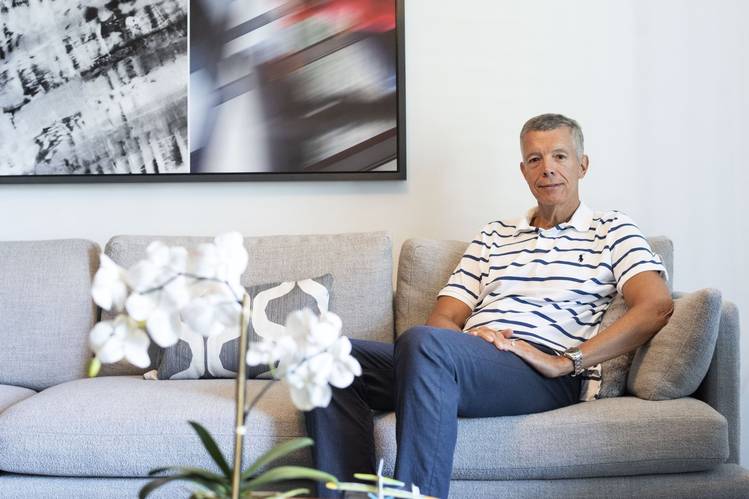 Andrew Cripps, a 58-year-old entertainment executive, signed a one-year contract at the AKA Beverly Hills in January, 2017, and is still living there. He spends roughly $12,000 a month for a 1,145-square-foot one bedroom.

Mr. McDonald, 65, says he and his wife looked at houses and condos but “we weren’t sure if we would remain after Obama’s term.” There were also advantages to hotel living: In the summer of 2016, four friends from his high-school football team visited, and the hotel helped house and entertain the group, he said. Plus, there was space in the lobby for security detail—both for himself as well as fellow hotel-dweller James Comey, Mr. McDonald says.

Element, an extended-stay brand owned by

has 35 hotels, and is planning 50 more by 2020, says global brand leader Toni Stoeckl. The hotels offer free made-to-order buckwheat pancakes and evening gatherings with free organic wine and craft beer. The brand is pushing further into apartment-like spaces, reconfiguring some of its rooms around a common lounge area, Mr. Stoeckl said. Prices range by location; a guest lived at the Element in Basalt-Aspen for 9 months, paying about $3,000 a month for a small one-bedroom, Mr. Stoeckl said.

Reston, Va.-based BridgeStreet, which provides various types of long-stay lodging, recently rolled out three design-focused properties, says chief operations officer Brian Proctor. Its Mode brand has a unit in Paris, and one in Edinburgh, Scotland; Town Place launched in May in Pittsburgh. Nightly stays can range from the mid-$100s to the high-$200s. 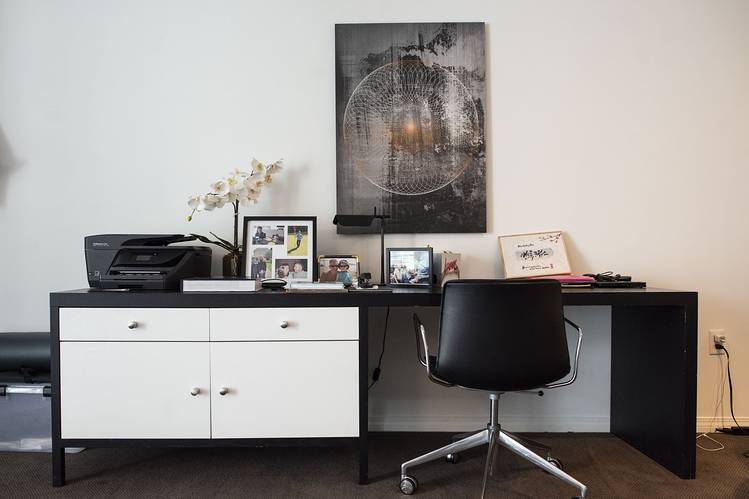 Some long-term hotel residents say the premium is partially justified by the fact that they don’t have to pay for deposits, furniture, utilities or maintenance. In Texas and California, hotel guests who stay for 30 days or more can be exempt from hotel taxes; in Washington, D.C., and New York state, the exemption is for continuous stays of 90 days or more, except in New York City, where the stay must be at least 180 days.

Long-term guests can also strike deals that are anywhere from a 10% to 40% discount off the per-night cost, depending on the hotel, time of year and length of stay, hotel executives say. To lock in the cheapest rate, guests sometimes sign contracts for a certain number of months or years. However, both operators and consumers say they understand these contracts to be somewhat more flexible than in an apartment rental.

“We might charge you one month as an early departure fee,” says Mr. Proctor. “But if you’re a repeat guest or a corporate client, we may not charge you anything.”

Living like Eloise isn’t cheap, but hoteliers argue that the combination of space, décor, hotel services and flexibility can make it a competitive value for some long-term guests. We asked local real estate and interior design experts to estimate the cost of creating a comparable lifestyle in a traditional rental building.

Amenities: Screening room, roof-top lounge and fitness room. Hotel can arrange LA experiences such as a session with a “celebrity stylist,” surf lessons or a Malibu winery tour.

Unit: One bedroom, one bathroom

Unit: One bedroom, one bathroom

Furnishings: Such apartments may come furnished, though sparsely.