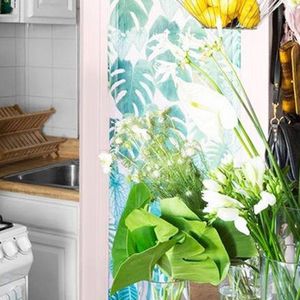 RENTAL prices may be sky-high in Sydney or Melbourne, but Aussies in New York City have discovered an even wilder property market.

Brooke Lucas, from Melbourne, unwittingly moved into a space that had become famous in local media as the “sad kitchen shower apartment” and “the saddest apartment in NYC”.

This “unicorn of bad NYC real estate” literally has its shower in the kitchen.

It’s a set-up that isn’t unheard of in the city’s former tenement buildings, but real estate blog Curbed blasted it as perhaps “the most pathetic iteration” of “the ‘bathe where you eat/live/sleep’ aesthetic”.

Brooke, however, wasn’t put off by the five-floor walk-up and strange design.

The 41-year-old floral designer was determined to live on the trendy Lower East Side and the listing for an “old world style” apartment at $2400 a month was one of the cheapest she had seen on Orchard Street.

“I was basically like, if it’s not disgusting, I’m going to move in,” she told news.com.au.

It was only when the media got in touch that she learnt of the apartment’s reputation. She thought it was “hilarious”.

And her decorating skills soon had lifestyle blogs beating down the door to document the astonishing transformation.

“I’ve lived in rentals my whole life,” she says.

“I know they look like sh*t when you walk in. If a place is light and clean, you can pretty much do anything.”

She glued a patterned curtain over the shower door and painted the edges pink, repainted the walls, added shelves and bought a kitchen island bench with space for utensils.

In the bedroom, which was only just big enough for a double bed, Brooke added a shelf to the headboard and storage underneath.

“You have to learn to live with not very much stuff,” she says.

“It’s very hard, I love stuff. It’s been a real exercise in ‘in and out’. If I want to buy something, I get rid something.

It’s a far cry from the last home she rented in Sydney’s Rushcutters Bay – a two-bed apartment in a brand-new building with a pool on roof, two bathrooms, a car park and a lift for $2000 a month.

Her life has had to change, too. She typically orders food from an app, is regularly out at the neighbourhood’s popular bars and restaurants and rarely entertains.

“I guess there was a bit of romance in having a shower in the kitchen,” she says.

Bernie and Jess Watt, from Brisbane, had a similar experience when they moved to the city. They found an apartment in Greenwich Village, near the legendary Bleecker Street, Comedy Cellar, and favoured by celebrities including Anna Wintour.

“We couldn’t have thrown a dart at a map and hit a better location,” Bernie, an advertising copywriter, told news.com.au.

“The downside? Living in a tiny studio with two windows looking out at red brick and fire escapes.

One modestly sized main room served as lounge room, dining room and bedroom, with “an airplane galley-sized kitchen” they couldn’t fit in at the same time and a tiny bathroom, at a cost of $3150 a month.

But the couple spent four years there. “It was hard to give up living in the centre of all the action, where you could walk anywhere with ease from the Financial District to Central Park,” says Bernie.

Eventually, they “got over the cabin fever” and moved out to Bushwick in Brooklyn.

“We can still see Manhattan from the rooftop but have three times the space for less money,” he says.

‘SINK A MOUSE WOULD HAVE TROUBLE WASHING IN’

Steph Ridhalgh and her partner David had to be creative with their box-like studio in Soho, close to Washington Square Park and just across the road from the home of Chrissy Teigen and John Legend.

It’s safe to assume the stars may have a little more space than Steph and David, whose apartment came with virtually no storage and “the tiniest sink that even a mouse would have trouble washing in”.

The couple decided to build a platform for their bed that they could use as storage.

“Two people sharing one cupboard would be insane,” said Steph, a video producer. “We bought kitchen cupboards from Ikea as we knew they would be sturdy to hold us both and deep enough for all the storage we need.

The couple have a wall-mounted television, and no dining table. They do, however, have a bar cart.

“They say there are three pillars when it comes to searching for an apartment in New York and you always have to sacrifice one – space, price, location,” Steph told news.com.au, who appreciates being able to walk to work. “We sacrificed the space.

“We have been very conscious of making sure everything has its own spot. We also clean as we go. If there is even a small pile of mess, the whole room looks messy. It has made us very frugal and only keep the most important things. I also declutter at least once a month

“I love organisation and decluttering so this was fun for me rather than an ‘omg, what are we doing’ moment.

“The good thing is, when we do eventually move back to Australia, whatever we live in will be a palace in comparison.”

ROACHES, MICE, NOISE AND A ROBBERY

Monica Jamali and her husband lived in a $2400 studio converted into a one-bedroom apartment in East Village for five years – and experienced every NYC real estate nightmare in the book.

“It had creaky floors and it was all uneven and the staircase to go up was like a really tiny, narrow, fake staircase you couldn’t even take furniture up,” the 34-year-old told news.com.au. “When buying a bed we had to make sure was in box. There would have been total safety issues.”

They spent two years putting up with noisy construction work on new condos next door and had their home trashed and robbed by a homeless man thanks to poor security. Fumes from the neighbours smoking weed seeped up through cracks in the floorboards and got into Monica’s clothes, while a neighbour opposite would regularly have sex with the curtains open.

The couple were often woken by fights in the early hours of the morning, but it was a mice and cockroach infestation that pushed Monica to breaking point.

“One night, I heard a shuffling in my bag and there was a mouse in my bag trying to eat a muffin I had left in there,” she says. “The rodent issue was the last straw.

“I moved back to Sydney this year and to this day I’m not sure how I did it.”

But Monica says she loved getting to know people who lived and worked in the neighbourhood. “I loved the area, I saw it change a lot over the years and felt part of community.

“I really liked that aspect of it and was sad when we left, despite the crappiness.”

‘I KEEP GLASSES AND PLATES IN THE OVEN AND FRIDGE’

“It’s super cramped and really makes me claustrophobic,” said Lauren, a production coordinator from Sydney. “It took the landlords three years to replace a broken oven, we desperately need new paint, the kitchen tiles are peeling off and the carpet is 20 years old.

“It is, however, in the middle of a really hip and happening neighbourhood with dozens of restaurants and bars at our doorstep.”

Hilary Hannigan, 27, pays the same rent for a tiny studio in Chelsea as she did on a mortgage for a one-bedroom apartment in Sydney’s Rushcutters Bay – just over $4000 a month.

Sitting on her bed, she can see the bathroom, kitchen and everything she owns, but the 27-year-old believes this is “the quintessential New York apartment”, on the ground floor of a brownstone with a small backyard.

“You watch shows like Sex and The City and they always laugh about Carrie using the oven for storage because no one uses their kitchen. I used to laugh, but now I keep my glasses and plates in the oven and the fridge, so everything’s always really cold.

“When I have friends visit, I get really conscious, I feel like, ‘are they going to think this is really small?’ I’m very conscious it might look like a reflection of how I’m doing in the city.

“Everyone has expectations it will be really glamorous.

“Having nice, durable furniture helps. It’s got everything I need: nothing more, nothing less.

“I’ve really surprised myself. It’s all you need for one person. You don’t need a lot.

“It challenges the convention of what’s the standard for an apartment in 2018.”