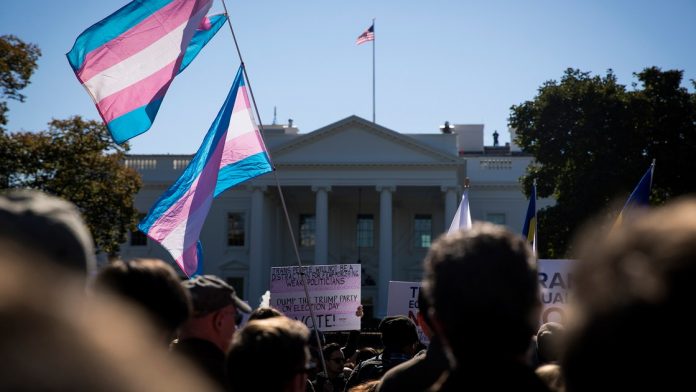 If the Trump Administration sticks with its plan to define gender as immutably male or female, determined at birth by one’s genitals, it will almost certainly make life harder for transgender people. But it will also be flaunting its disdain for science. A memo reportedly drafted by the Department of Health and Human Services, which the Times obtained a copy of earlier this week, asserts a definition of fixed gender identity that is “grounded in science.” But science—genetics, cell biology, endocrinology—has shown us something quite different in recent years, a more complex and ambiguous picture not only of gender identity but of biological sex. We now know, for example, that intersex conditions—in which people are born with a mixture of male and female sexual characteristics—are more common and varied than was once thought. We know that gender identity can be highly nuanced and does not necessarily conform to a person’s chromosomes. As John Achermann, a pediatric endocrinologist at University College London, told the journal Nature, in 2015, “I think there’s much greater diversity within male and female, and there’s certainly an area of overlap where some people can’t easily define themselves within the binary structure.”

In some ways, this moment bears a resemblance to an earlier period when science and activism worked concurrently to expand our ideas of gender. In the nineteen-twenties, in Weimar Republic Germany, a researcher named Magnus Hirschfeld ran a remarkable center dedicated to the motto “Through Science to Justice.” At the villa where it was housed, on the edge of Berlin’s Tiergarten Park, Hirschfeld and the staff of his Institute for Sexual Science collected data from new advances in the study of human hormones, and conducted interviews on sexual behavior that anticipated, by a couple of decades, the work of Alfred Kinsey. The institute also offered free medical and psychological counselling, including information on birth control, to a wide variety of people, many of whom were homosexual, transgender, intersex, or heterosexual cross-dressers. Indeed, as the historian Robert Beachy writes in his 2014 book, “Gay Berlin: Birthplace of a Modern Identity,” Hirschfeld and his colleagues also undertook some of the first sex-reassignment surgeries and hormone-therapy regimens (both with mixed results—it was the early days), “effectively creating a nascent science of transsexuality.”

Hirschfeld understood that sexual orientation and gender were distinct, that both existed on a continuum, and that people he called “sexual intermediaries”—by whom he meant those born with intersex genitalia, as well as transgender and other gender nonconformists—were not pathological but part of the natural spectrum of human possibility. (He also felt strongly that gay people should have opportunities to meet and socialize with other gay people—and, in opposition to much psychological thinking and religious doctrine at the time, that they should not be forced into heterosexual marriages as a “cure.”) For a time, the institute became a refuge for people like Dora Richter, born Rudolph, a working-class German who worked as a domestic and eventually had sex-reassignment surgery there, as well as for international visitors such as Margaret Sanger and the British feminist Dora Russell, who were interested in Hirschfeld’s advocacy of contraception, and Christopher Isherwood, who described the place as “a sanctuary.” The walls of the villa’s grand stairway were lined with photos of men and women in full drag.

Hirschfeld’s experiment in justice through knowledge was not to last. As a Jew, a homosexual, and an open-minded sex researcher with a global perspective (American newspapers dubbed him “the Einstein of Sex”), he inevitably became a target for the Nazis. In 1920, after he delivered a lecture in Munich, right-wing thugs beat him so intensely that newspapers reported he had died. In 1930, Hirschfeld left Berlin on an international speaking tour, and was wise enough not to return. (He died in exile in France, in 1935, on his sixty-seventh birthday.) In early May of 1933, a few months after Hitler named himself Chancellor, marauding Nazis pulled up in vans, accompanied by a brass band, to loot the institute. On May 10th, an infamous night of widespread book-burning in Germany, another crowd of vandals finished the job; Hirschfeld’s institute was the first cultural repository that they set upon that night. A gynecologist who worked there, Ludwig Levy-Lenz, speculated that the institute was so promptly destroyed because “we knew too much.” He meant, according to “Gay Berlin,” that the researchers, through their questionnaires, were privy to “intimate secrets regarding members of the Nazi party.” But he might as well have been speaking of a more general knowledge, equally unsettling to the new regime: Hirschfeld and his colleagues knew too much about multifarious identities and experiences that did not conform to the Aryan ideals of masculinity and femininity.

It’s certainly possible, in this febrile political atmosphere, to overstate the parallels between the rise of fascism and the creep of Trumpism. But, as Christopher Browning, a historian of Nazi Germany, wrote in an essay for The New York Review of Books this month, the similarities should at least give us pause: Trump’s unabashed admiration for authoritarian leaders and illiberal democracies, his disdain for diplomatic alliances and judicial norms, his use of xenophobic nationalism to rally his base—combined with the willingness of traditional conservatives to fall in line with his brutish brand of populism—all carry echoes of the interwar period. The proposal to define transgender people out of existence begins to seem familiar, too. It could be a bit of political ephemera, intended merely to help bring out the Mike Pence wing of the Republican Party for the midterms, and will prove vulnerable, after November, to the reasoned objections of people like Robert Redfield, the head of the Centers for Disease Control. (This week, when asked about the H.H.S. memo at a conference in Washington, D.C., Redfield seemed to criticize it, noting that “stigmatizing individuals is not in the interest of public health.”)

But, taking the proposed policy on its own terms, it would not change just which rights will or will not be protected, or who can use which bathroom. It would present a new—and incorrect—explanation of sex and gender. It would impose, by bureaucratic fiat, a reflection of the world not as it is but as Trump says it should be.