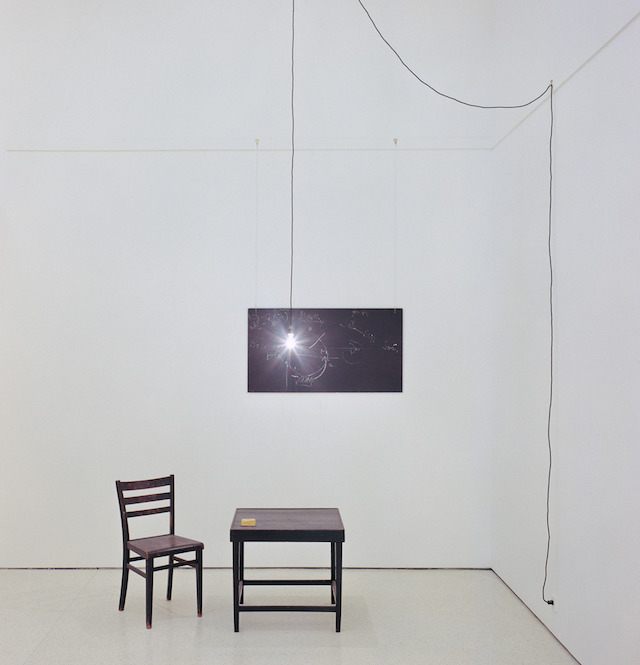 Coming off the heels of their recent (and transcendent) Hilma af Klint show, their most-visited exhibition ever, the Guggenheim is doing something a little different this time around. The institution, which is ringing in 60 years in their distinctive Frank Lloyd Wright-designed space, is known for its inimitable collection of contemporary and modern masterworks—but hasn’t ever had artists curate a show there.

Starting this Friday, the Guggenheim will open “Artistic License: Six Takes on the Guggenheim Collection,” a show that features several multi-disciplinary artistic heavyweights, all of whom have exhibited their works at the museum before, to plumb the depths of their archives to unearth a trove of varied, pieces. Some of them have never been shown at the Guggenheim before.

Having contemporary artists Cai Guo-Qiang, Paul Chan, Jenny Holzer, Julie Mehretu, Richard Prince, and Carrie Mae Weems curate the exhibition meant reconsidering the museum’s history of collecting, as well as its identity. Nancy Spector, the Guggenheim’s chief curator and artistic director, tells Gothamist that the curators were given free rein to plumb the Guggenheim’s archives and databases to cull their selections together. There was one caveat: They could only select works from the turn of the century going up through 1980. “What it did was cause them to ponder certain gaps we have in the collection,” Spector says. “As much as what we already do have, and that plays into the narrative.”

As visitors move through the museum’s circular space, they’ll be able to see staggeringly different approaches to interpreting the Guggenheim’s collection, as well as challenging viewers to consider what’s not represented there, too. That’s especially clear in Carrie Mae Weems’ picks, coming together in a section named “What Could Have Been.” In it, Weems chose works in a palette of solely black and white, becoming a “conduit to expose inherent biases of museum collections focused on the Western art-historical canon,” as she writes. And the pieces that Jenny Holzer curated, all by women, get at the core of the art history cannon’s disproportionate amount of men.

The show’s sections at once work in conversation with one another, and also unearth new ideas about well-known artists. It starts with Cai Guo-Qiang’s “Non-Brand 非品牌” displayed on the high gallery and first rotunda. The selection brings forward surprising works by renowned artists, such as Mark Rothko and Joan Miró, revealing sides of them they’re not typically known for in art history. From there it goes into Paul Chan’s section, entitled “Sex, Water, Salvation, or What Is a Bather?” that reconsiders the image of bathers in the Western artistic tradition. “As I thought about what it would mean to work with this great collection, I thought, ‘Well, what perverse thing can I draw out of [it] that would be surprising, even to me?'”

Chan found himself gravitating towards works that revolved around bathing, and its restorative nature, such as Laurie Simmons’s riveting photos of diminutive bathroom scenes. “We live in incredibly tough and mean times,” Chan says. “And I think a question for me has been: ‘What will it take to help us renew so that we can ably meet what the day demands? And I think it’s a good question for art, because art—if it is in fact art—gives us some kind of pleasure, and my claim is that pleasure at its best is a form of renewal…the motif and theme that evokes that most in art, as far as I can tell, is the bather.”

This idea of art as both a balm and a response to cultural and social anxieties is everywhere in “Artistic License”: Julie Mehretu’s “Cry Gold And See Black” delves into “how trauma, displacement, and anxiety in the decades after World War II found expression across cultural boundaries” through different mediums, including Romare Bearden’s gelatin silver print “Evening 9:10, 461 Lenox Avenue.” And Holzer’s pieces, particularly a massive Louise Nevelson’s wall sculpture called “Luminous Zag: Night,” question how women try to take up space in art, as well as life, in a world that’s stacked against them. “When I thought about what to do, the lady artist matter came to mind,” Holzer says. “When I was looking around the racks, what I liked especially often—though not exclusively—was work by women. It’s lacking everywhere, let’s be real.”