Home Audio & TV Where Are the 18-Year-Olds Who Will Disrupt Cricket? 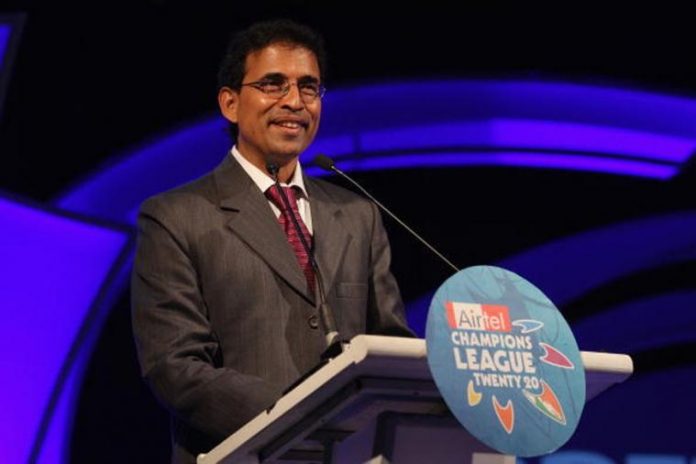 I write this column sitting in a cafe in Versova, enjoying free wi-fi, listening to on-demand music from one of the big streaming services. I work in cafes often, and don’t need an office. I can listen to any music I want without needing to buy a cassette or a CD. These would not have possible 20 years ago, but are today because the notion of workplaces and the music industry have both been disrupted.Yesterday’s disruption is today’s new normal. Can you imagine life without your smartphone? Bloody hell, behind the black mirror in your hand is technology that would have been considered science fiction back in 1990. Disruption is ubiquitous – and so the question must be asked: has cricket been disrupted yet?

I had a long conversation with Harsha Bhogle recently on my podcast, The Seen and the Unseen, in which we discussed the inflection points in cricket during his career. The Packer revolution had happened just before, and Harsha witnessed the arrival of colour television, the growth fuelled by India’s liberalisation, and how T20 cricket changed the grammar and incentives of the game. But I was struck not by Harsha’s account of past disruptions, but of the disruptions to come.

An 18-year-old Harsha Bhogle, he told me, would not be able to get into television commentary today. The entry barriers are too high, and the big networks play it safe by only taking ex-players for commentary. But there is surely demand for commentary that goes beyond the anodyne clichés of ageing celebrities. (My words, not his.) And technology can allow that 18-year-old Prototype Harsha to find his market.

“That is the next revolution that is coming,” Harsha said. “No force on earth can stop you from having your own channel. Digital is going to revolutionize opinion in sport.” (He speaks about this at 1:06 into the show.)

His vision is basically this: you have the live visual feed that the broadcaster provides; and you have unlimited audio feeds, provided by the market, of different kinds of commentary. Analytics, nerds, experts, whatever. And they each find their own audience. Some of those options can be provided by the broadcaster. But broadcasters are likely to play it safe, so independent providers can provide their own feeds. (Test Match Sofa tried this many years ago, but was probably ahead of its time.)

As Harsha pointed out, viewers in other countries often watch cricket with the TV on mute, choosing radio commentary instead. Why can’t there be unlimited audio feeds to choose from?

Broadcasters have purchased the rights to live telecast, but that is not a barrier. What they have bought is a monopoly over the images and sounds from the venue. That is fair enough. But that does not stop others from having opinions about a game in progress, or voicing them, or listening to them. You can sit in your living room and give opinions on a game you are watching to your friends with you. Why not to a million more people?

This, in fact, is how I watched the World Chess Championship between Magnus Carlsen and Fabiano Caruana recently. FIDE, the organisation that runs chess, had tried to stop chess sites from providing live commentary of the game, claiming that the moves of the game belonged to them. They failed. The coverage I watched did not show images or sound from the game, but it did not matter. You had the moves replayed on the board, and top grandmasters providing live analysis. It was riveting.

A decade-and-a-half ago, when I worked at Cricinfo, the BCCI tried to stop our ball-by-ball commentary. This was text, and our argument was that we were commenting on events in the public domain, and not using proprietary images or sounds. They failed to stop us.

I imagine the BCCI will try to stop anyone who tries to disrupt live opinion – and they will surely fail again. It would be an attack on free speech to stop you from expressing opinions on events in the public domain.

One question here is, why don’t official broadcasters themselves disrupt this monopoly on live opinion? Tim Harford had a great essay a few weeks ago on why big companies so often fail to disrupt their own markets, and a short answer is that their organisational structures are set up to do things in conventional ways, and so they miss these big opportunities. But others don’t.

After I email this column to my editor, I will go and buy groceries. I can choose between many different kinds of shampoo, cheese, coffee and chocolates. (I’ll buy only dark chocolate, though, because sugar is poison.) I want the same variety when it comes to cricket commentary. I’m tired of the same lazy, ageing ex-cricketers spouting banal clichés. I want choices. Who’s going to provide me with those choices?