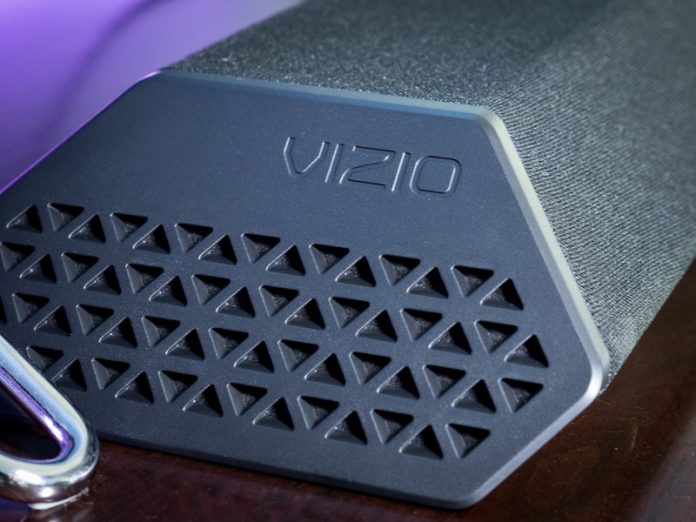 The 2018 Vizio SB362An-F6 is the latter of those possibilities. In fact, let’s just come out and say it: This is a ridiculously good sound bar for the money. Period.

Bottom line: You won’t find a better-sounding, more versatile soundbar for under $100 — anywhere.

But here’s what it does have:

There’s a nice little channel at the rear of the sound bar, through which you’ll route the cables. There’s mounting hardware in the box, including a template, should you want to install it on a wall. Vizio also has included all the cables you’ll need, which is always a nice touch, and blessedly there’s no power brick or wall wart to get in the way. It is, from the organization of the of the box to the pyramid-shaped sound bar itself, a nicely designed product.

The only real knock — and this is one I’ve had for the more expensive 5.1 Vizio sound bar I use in my living room — is that the scheme of using LED dots to indicate which input you’re on makes absolutely no sense. That’s not a big deal if you’re only ever using one input — and there’s a pretty good chance that’ll be the case with this sort of product. But, still. It’s not a great user experience. (There’s also no connectivity here. If you’re looking for Chromecast or AirPlay support, or anything else of that ilk, look somewhere more expensive.)

This is an excellent sound bar if you just want something basic.

But that’s small potatoes. The important part is what happens when you’ve got audio pumping through this thing. And what you get it a result that almost certainly is an order of magnitude better than what’s coming out of your TV. (That depends on how great your TV’s internal speakers are, of course.) You get some actual stereo separation. You get a faint amount of bass. (Look, a 3-inch internal subwoofer isn’t the same thing as a full external sub, no matter how many times you use it in the promo material. But it’s certainly better than none.)

And, again, if you’re using the optical input and have a fairly recent TV, there’s a good chance all this is just going to work. No mucking about with settings. Just plug it in and go. (That’ll especially be the case if you have a fairly recent Vizo TV. Maybe you’ll avoid the settings menu, maybe you won’t.)

Above all, remember how much (or how little, really), you paid for this sound bar. It does exactly what it should do for $100. Maybe a little more. And it does what it does very well.

If you’re looking for a basic sound bar with decent sound and simple operation and you don’t want to break the bank in the process, this is the one to get. It’s a mere $100 and almost certainly is better than the speakers in your TV. It’s not as dynamic or exciting as a proper home theater. But in a spare room or even a master bedroom, it’s more than good enough for casual listening.

It’s a top buy at that price, and then some.