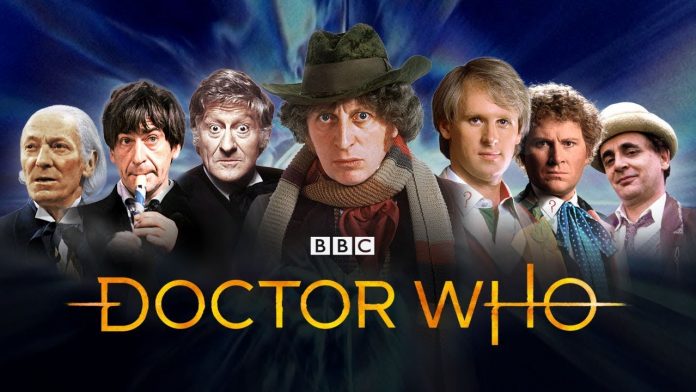 In one of Doctor Who‘s most timey-wimey casting choices, 2008’s “The Doctor’s Daughter” cast Georgia Tennant (nee Moffett) in the role of Jenny, the Time Lord’s cloned child, when in real-life she’s the daughter of former Doctor Peter Davison. Recently, Tennant returned to the role for her own spinoff series courtesy of audio company Big Finish and now, they’re giving us what we all want to see – well, hear – by uniting father and daughter in more way than one.

Big Finish is reaching its 20th anniversary producing Doctor Who audio dramas and is celebrating in the biggest way possible with The Legacy of Time, which is being described as an “epic six-hour adventure” that will bring together five incarnations of the Doctor. Namely, Tom Baker, Davison, Colin Baker, Sylvester McCoy and Paul McGann. What’s more, a whole heap of supporting characters from across Who history will be involved, too, including River Song (Alex Kingston) classic companions like Ace, Leela and Romana and, of course, Jenny.

Davison and Moffett will team up in “Relative Time,” the fourth installment of the boxset from writer Matt Fitton. The synopsis reads as so: “Jenny… meets an earlier regeneration of her father and together they’ll need all their wits about them to defeat Time Lord, the Nine, played by John Heffernan (The Crown, Ripper Street).” That’s three Time Lords for the price of one – count us in!

Now that she’s set to cross paths with her real dad, here’s hoping the actress gets to reunite with David Tennant for Big Finish as well who, just to make things even more complicated, is her real-life husband (but her fictional father). Of course, David has worked for BF many times opposite Billie Piper and Catherine Tate, but Doctor Who fans would no doubt love for the Tenth Doctor to learn that his daughter survived the events of her sole TV outing.