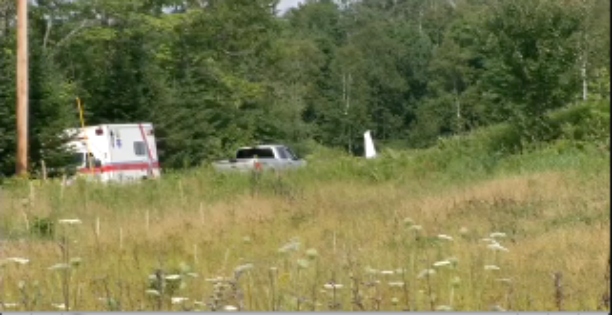 GREENVILLE, Maine (WABI) We are hearing audio from the cockpit of the plane that crashed in Greenville Monday.

The Aerostar Aest Aircraft crahsed in a field near the runway killing all three people on board.

No one has been able to provide any clarity as to what may have gone wrong onboard that plane.

A statement TV5 received from the FAA says, “The aircraft departed from Pembroke Airport, in Pemobroke, Ontario, Canada and was heading to Charlottetown Airport, Charlottetown, Prince Edward Island, Canada.

Greenville’s Chief of Police says that at 10:45 Monday morning they got a call from the FAA that there was a plane in distress headed for the Greenville Airport.

TV5 was able to secure audio from inside the plane. The pilot is heard saying, “We’re losing altitude. Trying to figure out what’s going on. We’ve lost power. 2100 feet.”

Authorities say at this point they have been unable to positively identify those on board.

Authorities say they will remain on scene through the night.

The NTSB and FAA are expected to arrive Tuesday morning to continue the investigation.