Home Audio & TV ESPN Fantasy Football: Back for More than Ever Before in 2018 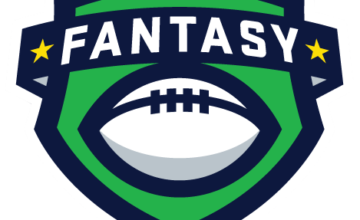 The No. 1 most popular fantasy football game, ESPN Fantasy Football has begun its 23rd season with enhanced game play and expanded content on the ESPN Fantasy App and ESPN.com, as well as the fantasy sports industry’s most comprehensive collection of expert analysis, news, statistical data, and tools across app, web, television, and audio.

For 2018, the ESPN Fantasy App, the No. 1 fantasy app on iOS and Android devices, includes enhancements that make playing ESPN Fantasy Football faster, easier and more insightful. In addition to simplified navigation that makes switching between teams and leagues a breeze, new features this season include a personalized video playlist on the homepage of the ESPN Fantasy App, which delivers updated, expert analysis about players on each roster. ESPN also partnered with IBM to embed Watson capabilities into ESPN Fantasy’s in-depth projection and player comparison tools, available on every fantasy football player page.

As always, the ESPN Fantasy App makes it easy for fans to sign up, create or join a league, customize their league and draft, make trades, add players, follow matchups with real-time scoring, see expert analysis and video, and view and post messages to other league members. The app also allows fans to play the entire suite of ESPN Fantasy games, including Fantasy Baseball, Basketball, Hockey, and Streak, all in the same app. All ESPN Fantasy games are free to play.

The ESPN Fantasy Football game on ESPN.com is also improved for the 2018 season, with redesigned draft functions that make the most important thing fans do in a fantasy season — drafting a team — simpler and easier than ever. The new draft has a clean, sleek interface, improved player search and chat, and more ways to share draft results on various social media platforms.

Fantasy Football on ESPN.com provides multiple tools for a draft including a Fantasy Football Draft Kit, which analyzes and projects the performance of more than 500 players. Cheat Sheet Central, rankings and strategy tips are also part of the kit, as well as new editions of Matthew Berry’s Draft Day Manifesto and his Love/Hate column. In addition, the ESPN Mock Draft Lobby runs nearly unlimited live practice drafting sessions for all ESPN fantasy football players.

Once the season begins, fans can follow their weekly fantasy matchups for free on ESPN FantasyCast with real-time scoring updated as the plays happen on the field. Embedded player profiles provide the latest statistics, news and injury information for players on their roster, and allow fans to quickly and easily add, drop or trade players to build a championship team.

Each league also features message boards, chats, polls, and smack boards, and fans can interact with ESPN Fantasy throughout the season on social platforms.

ESPN Fantasy Football Insight and Analysis
For years ESPN Fantasy has delivered to fans the most comprehensive, in-depth news, analysis and insights on fantasy football from the No. 1 roster of writers, analysts and media personalities in the industry. This season is no exception.

Berry, Yates, Clay, Karabell, Cockcroft, Bowen, Bell, and Joyner all will contribute to ESPN’s PPR and non-PPR Tuesday Rankings, one of the most popular pieces of content on ESPN.com. Fans also will find insight from ESPN.com’s football experts and analysts.

ESPN Fantasy Football on TV
ESPN will provide fantasy players with more insights, information and analysis on its television networks for the 2018 season, including:

* All ESPN networks are available to stream live on the ESPN app. Schedule subject to change.

On ESPN+, The Fantasy Show will take deeper statistical dives into even more players, with a few new twists and characters joining Matthew, Daniel Dopp and their puppets to push the fun even further.

ESPN+ provides Berry and his sidekicks the freedom to produce double-digit preseason themed shows to get fantasy players ready for their drafts. Fans will get episodes dedicated to key positions – QB, WR, RB, TE – as well as top sleepers, breakout stars, rookies, Berry’s Draft Manifesto, and many more. The themed episodes will be viewable as they are added to ESPN+ daily or fans can binge-watch them all the night before the draft.

Once the season kicks off, themed shows will continue to get fans ready for each week. From recaps to waiver wire specials, Berry’s signature Love/Hate and the match-up preview shows, fans will get added information not available on other ESPN platforms on who to start, who to sit, who to trade, and who to pick up.

The Fantasy Show with Matthew Berry on ESPN+ promises to continue to make you a much smarter fantasy player and a much dumber person, now at the times most convenient to you.

ESPN+ is the premium multi-sport, direct-to-consumer video service from The Walt Disney Company’s Direct-to-Consumer and International (DTCI) segment and ESPN. Fans subscribe to ESPN+ for just $4.99 a month (or $49.99 per year) and can cancel at any time.

ESPN The Magazine
ESPN The Magazine’s College Football Preview issue, hitting newsstands Friday, August 10, includes coverage of the National Fantasy Football Convention. From the best picks to foolproof strategies, The Mag provides the best of what was overheard at this year’s event.