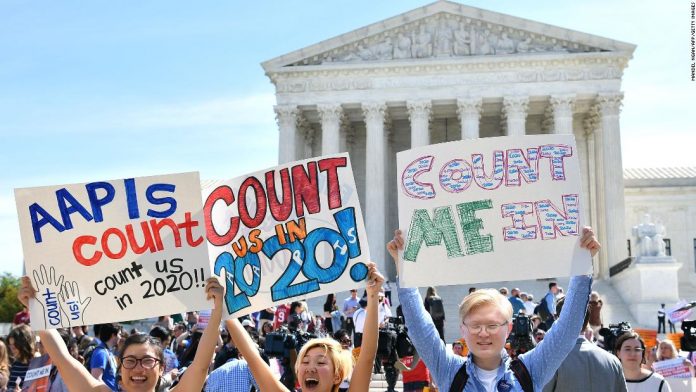 Earlier this week, US Attorney General William Barr insisted that “the president is right on the legal grounds” and “the Supreme Court decision was wrong.” But two weeks after the Court’s ruling, neither Barr nor anyone else has come up with a valid reason for adding the citizenship question to the 2020 Census, as the Supreme Court’s ruling requires. Quite plainly, no such reason exists.
Ominous signs point to an upcoming decision that pushes the envelope. In a dramatic departure from Justice Department protocol, the Trump administration wants to replace the legal team that has defended the citizenship question with a new set of lawyers apparently chosen to go along with whatever the President has in mind.
The previous legal team had aggressively litigated the case, so the suggestion that President Trump is planning legal moves even they could not stomach is deeply troubling. This substitution of counsel represents such a departure from settled practice that the judge in the census case, Jesse Furman, has demanded the existing legal team stay in the case until the government offers some legitimate reason for the switch.
There is perhaps no president in US history who has attacked the courts and judges as much as President Trump has. Before taking office, he assailed Chief Justice Roberts with a profanity after the Court upheld the Affordable Care Act. Trump attacked an American judge of Mexican heritage, born in Indiana, as being biased against him because “He’s a Mexican.” While in office, Trump has attacked courts that ruled against his Muslim travel ban and sanctuary city policies as “ridiculous rulings.” The examples of his repeated disparagement of the third branch of government go on and on.
As for the census, astonishing as it is to have to say, defying the Supreme Court’s order would precipitate a constitutional crisis. In fact, given the threat to the rule of law that President Trump has presented from the start, the organization I work for, the Constitutional Accountability Center, anticipated this unfortunate moment. We felt compelled to explain in an issue brief what before nearly every American took for granted: The President must obey court orders.

Let’s start at the beginning. Our nation revolted in opposition to the tyrannical rule of a king, and while the Framers understood the need for an energetic executive, they took pains to deny the new office of president unchecked power.

The Framers created an independent judiciary as a co-equal branch of government, recognizing that the courts had to be truly distinct from the political branches to play their historic role in protecting liberty. As James Madison urged, “independent tribunals of justice” would serve as an “impenetrable bulwark against every assumption of power in the legislative or executive” branches. Trump’s blatant disrespect for the courts ignores this key element of our Constitution’s design.

In our system of government, no officer—not even the President—is so far above the rest of us that he is above the law. Courts have the authority to issue binding judgments, including against the President. The Constitution denied the President any veto power over the judiciary. The Framers rebelled against the notion that court judgments could be set aside by the other branches of government. That would be fundamentally inconsistent with the independent judiciary the Framers created to the enforce the Constitution’s limits and prevent abuse of power.

These views are widely shared today by virtually everyone, including prominent conservatives who are some of the strongest advocates of presidential authority.

For example, Professor Stephen Calabresi—co-founder of the Federalist Society, widely considered the nation’s most influential conservative legal organization—has written that a system in which the President held an effective veto over court judgments “would be not so much a system of constitutional government as it would be a system of rule by an elected Napoleonic strongman.”
Just last month, in Gamble v. United States, Justice Clarence Thomas—the Court’s die-hard, rock-ribbed conservative originalist—too, assented to this basic proposition, writing, “[C]onsistent with the nature of the ‘judicial Power,’ the federal courts’ judgments bind all parties to the case, including Government officials and agencies.”

Past presidents, from the founding to the modern era, agree. The Jefferson, Madison, and Lincoln administrations all believed that court judgments were binding on the White House. President Abraham Lincoln detested the Supreme Court’s ruling in Dred Scott v. Sandford—widely regarded as the worst Supreme Court opinion in history—but he recognized that the President does not get to pick and choose which court orders to follow. It would be far worse, Lincoln recognized, to invest the President with tyrannical powers. Even President Richard Nixon surrendered the Watergate Tapes, although that was the death knell of his presidency.

President Trump does not stand outside the Constitution. Whether on the census or any other issue, Trump may not decide which court orders he will follow and which ones he will defy. The Constitution is clear: He must obey all of them.