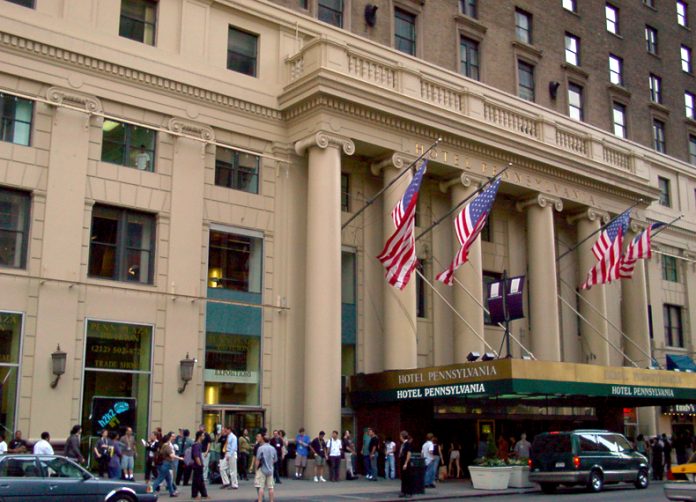 A new rendering of the office tower proposed as a Hotel Pennsylvania replacement was presented to investors this week, the New York Post reported Wednesday. Vornado Realty Trust, the owners of the century-old hotel at 15 Penn Plaza, showed off a revised design for the supertall and it looks like the tower will feature a futuristic facade, with outdoor terrace-like space on nearly every level and lots of trees and plants. The site, currently home to the hotel, sits across from Madison Square Garden on the east side of Seventh Avenue between West 32nd and 33rd Streets. 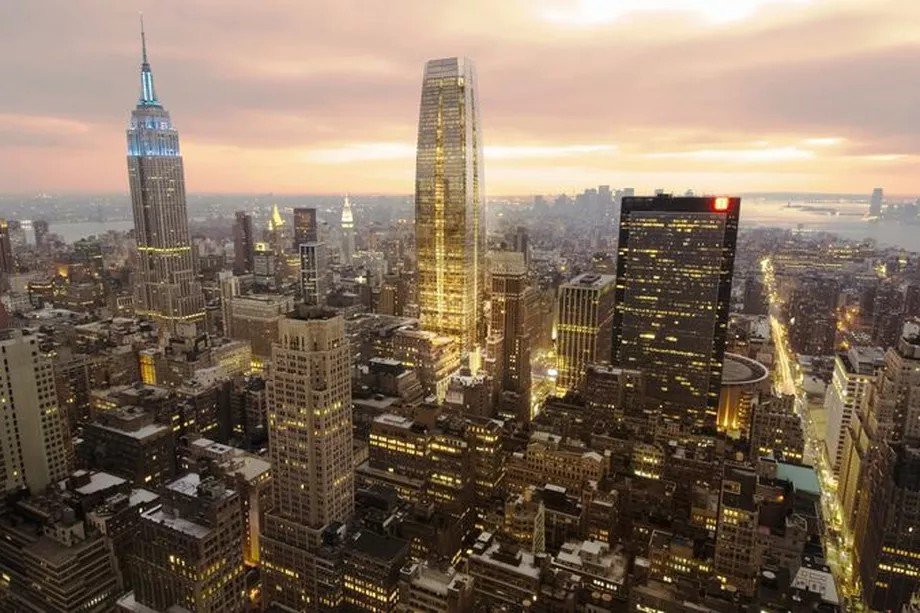 For the last 10 years, Vornado Chair Steve Roth has been trying to woo tenants to lease at the new tower. Last May, 6sqft learned that financial firms Morgan Stanley and Deutsche Bank were thinking about moving to the planned supertall.

In 2013, Roth nearly reached a deal with Merrill Lynch to be a tenant until the CEO resigned and the agreement was dissolved. The last design presented came from Pelli Clarke Pelli, which featured a traditional vertical glassy structure.

The new design uncovered by the Post show an even taller tower with cutouts filled with greenery and floors propped up by pillars. The architecture firm behind the new rendering is not yet known.

Whichever design is chosen and approved, the cost to build the nearly 3 million square foot complex, and demolish the hotel, would be extraordinary, as would the timeframe it would take to construct.