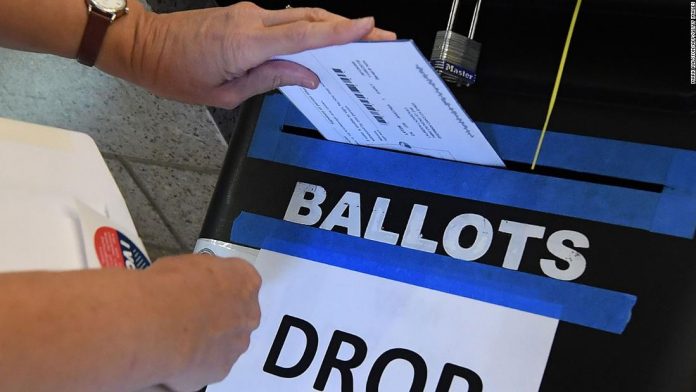 The Protecting American Votes and Elections Act of 2019, spearheaded by Sen. Ron Wyden of Oregon, would prohibit internet-connected voting machines and would direct the Department of Homeland Security to set security criteria for voting machines, voter registration databases, electronic voter check-in tools and election results websites, according to the bill.

“The Russian government interfered in American elections in 2016 and if we don’t stop them, they and other governments are going to do it again,” Wyden wrote in a statement. “The administration refuses to do what it takes to protect our democracy, so Congress has to step up. Our bill will give voters the confidence they need that our elections are secure.”

The bill comes after another Democratic Senate presidential hopeful, Sen. Amy Klobuchar of Minnesota, accused the White House of stonewalling her 2017 election security bill, which would have also required paper ballots.

Speaking during Attorney General Bill Barr’s testimony before the Senate Judiciary Committee earlier this month, Klobuchar alleged that “the White House made calls to stop” some Republican senators from backing it.

Barr told Klobuchar, “I will work with you to enhance the security of our election.”
The intelligence community has long warned of Russia’s long-standing election interference efforts, which show no signs of stopping — and which President Donald Trump has played down and shown little interest in combating.
Director of National Intelligence Dan Coats and a slew of other officials — then-CIA Director Mike Pompeo, FBI Director Chris Wray, then-National Security Agency Director Adm. Michael Rogers, Defense Intelligence Agency Director Lt. Gen. Robert Ashley and then–National Geospatial-Intelligence Agency Director Robert Cardillo — all confirmed last year the intelligence community’s findings that Russia had interfered in the 2016 election and would continue targeting US elections.
In January, Coats warned Congress that Russia and other foreign countries are expected to target the 2020 elections.

“We assess that foreign actors will view the 2020 US elections as an opportunity to advance their interests,” Coats told the Senate Intelligence Committee at the time. “We expect them to refine their capabilities and add new tactics as they learn from each other’s experiences and efforts in previous elections.”