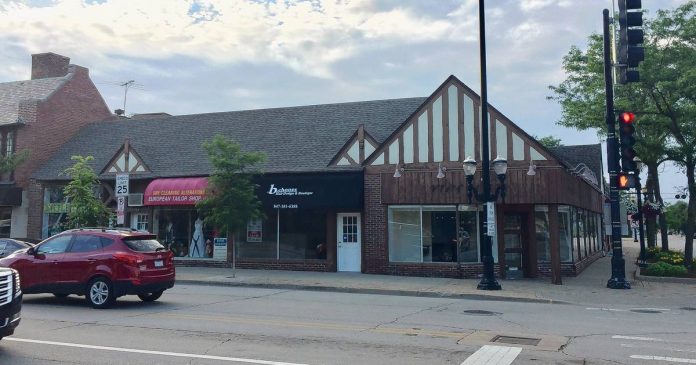 An international music school chain wants to open at a busy intersection in downtown Barrington.

Under the plan, School of Rock also would occupy neighboring vacant space where Shabby & Chic Decor and a salon previously operated to the north off Hough Street. Tennant said School of Rock recently submitted an application for a special-use permit to take over nearly 4,000 square feet of empty space meant for retail.

Tennant said parking is a concern. Unless the music school added on to the building, she said, it would not be required to provide extra parking in the downtown shopping and dining area.

“But we still review their parking,” Tennant told the village board during an informal discussion this week. “We want to make sure we’re not creating an uncomfortable situation for existing businesses or for public parking, etcetera.

“You know, I think we’re kind of on the fence about this one because of its prime (retail) location, primarily. I do think it will be probably more synergistic than Charles Schwab with parents who aren’t going to go home if they drop their kids off for a 45-minute lesson.”

Founded as a single school in Philadelphia in 1998, School of Rock offers guitar, singing, piano and other music lessons. The franchise has grown to about 230 schools across the world, with suburban locations including Schaumburg, Evanston, Park Ridge, Arlington Heights, Naperville and Libertyville.

Trustee Emily Young expressed concern about sound traveling to other nearby businesses if School of Rock were to open at Hough and Main.

Barrington’s advisory zoning board of appeals would be the first stop for the School of Rock proposal if it enters the village’s official approval process. The zoning panel then would forward a recommendation to village board, which has the final say on issues.

To the north, Consolidated Music of Barrington Inc. has been around since 1974. The business on Barrington Commons Court has music lessons and instrument sales, repairs and rentals.

As for Schwab, the investment firm relocated its Barrington branch office to a new, stand-alone building at The Arboretum of South Barrington at Route 59 and Higgins Road. The South Barrington location is open seven days a week and has financial consultants available to meet with clients.