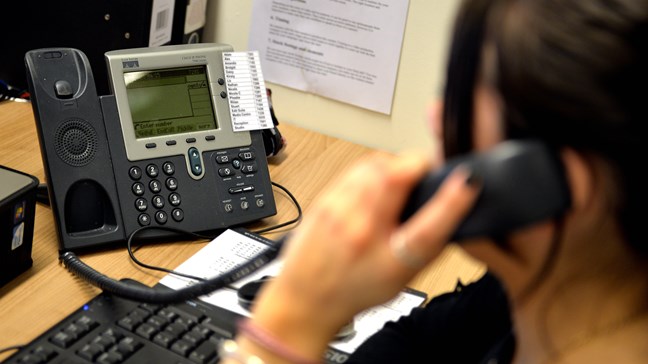 Having partitions, working in cubicles or in private offices may have implications on workers’ stress levels, the research found.

Employees in more open plan workplaces are also more likely to be involved in physical activity – which has its own ramifications on a person’s health – researchers said.

The study, published in the journal Occupational and Environmental Medicine, concludes that open plan offices may be a healthier option compared with other types of workstation configuration.

A team of US researchers said that office environments have previously been linked to workplace-related illness and stress, yet little is known about whether office workstation types influence physical activity or stress.

They examined data on 231 US government employees working across four different sites.

Workers reported working in open plan offices, cubicles with high-walled partitions that cannot be seen over while seated, or private walled offices.

Participants wore heart sensors and physical activity monitors, which captured the intensity of movement of any type of activity, for three consecutive work days and two nights.

Those who worked in open plan offices clocked up 20% more physical activity than workers in cubicles and 32% more than those in offices.

Higher physical activity at the office was in turn related to lower physiological stress – measured by heart monitors – outside the office.

And workers in open plan seating experienced lower perceived stress at the office than those in cubicles.

While the authors cautioned that the study was an observational one, so no link can be established between cause and effect, they suggested that their findings highlight “how office design, driven by office workstation type, could be a health-promoting factor”.

They added: “This study suggests that in some cases, design modifications may be employed to overcome the negative health impact features of different types of office workstations.”

The authors, led by experts from the University of Arizona, said that open plan offices may lead to increased physical activity by encouraging “interaction and mobility, including movement to spaces designed for unplanned meetings and phone calls, when available”.

“Individuals in open bench seating may also be more aware of others and more dependent on shared services (eg, meeting rooms, printing and filing areas, social spaces) than those in private offices,” they wrote.

They concluded: “Given the importance of physical activity to health, the fact that office workstation type may influence how much people move at work should not be overlooked in the health field.”