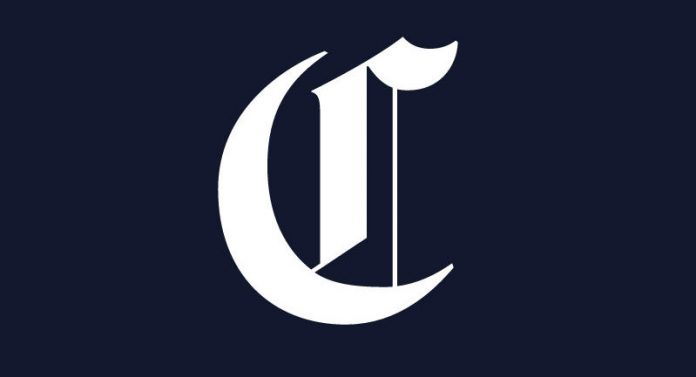 A senior official at the Department of Veterans Affairs said he removed a portrait of the Ku Klux Klan’s first grand wizard from his Washington, D.C., office after offended employees began signing a petition to present to VA Secretary Robert Wilkie.

Thomas said he took down the painting Monday after a Washington Post reporter explained that its subject, Nathan Bedford Forrest, was a Confederate general and slave trader who became the KKK’s first figurehead in 1868. He said he was unaware of Forrest’s affiliation with the hate group, which formed after the Civil War to maintain white control over newly freed blacks through violence and intimidation.

A basic Google search of Forrest’s name returns various biographies detailing his role in the Confederacy and the white- supremacist strains of its aftermath.

“It was just a beautiful print that I had purchased, and I thought it was very nice,” Thomas said. He said he knew of Forrest only “as a Southern general in the Civil War” and kept the portrait in his basement before decorating a new and larger office at VA’s administrative headquarters a few months ago.

Thomas, who has worked at VA since 2013, is a civil servant employed by the federal government – not a political appointee posted there by President Donald Trump, whose supporters include members of white-nationalist groups. Trump was criticized for his tepid reaction to last year’s deadly protest of white nationalists in Charlottesville, Virginia.

The painting, by artist Don Stivers, shows Forrest wearing a gray military uniform and astride a horse. It is titled “No Surrender” and depicts the general fleeing a snowy Tennessee battlefield in 1862.

“I don’t know what to do with this thing,” Thomas told The Post, “except to destroy it.”

A manager who reports to Thomas disputed part of his account, saying the Forrest portrait was displayed in Thomas’ previous office also, starting in 2015. When he moved offices in recent months, Thomas directed VA’s maintenance staff to install an electrical outlet high on the wall so he could illuminate the portrait, said the manager, Michelle Gardner-Ince.

Thomas’ staff includes 14 managers, nine of whom are black.

Racial tensions have flared between Thomas and several of his employees, at least three of whom have pending claims of racial discrimination against him. An attorney representing two of these employees said the portrait is evidence that Thomas is not comfortable around African Americans.

“You don’t hire someone who puts a picture of the Klan in his office unless you’re” racially insensitive, said the lawyer, John Rigby.

Gardner-Ince, a program manager with a case against Thomas pending before the Equal Employment Opportunity Commission alleging he retaliated against her for complaining about a poor performance review, said she spoke with Thomas several years ago about the art in his office, which also includes a portrait of George Washington praying next to his horse during the Revolutionary War at his encampment at Valley Forge.

“It’s been there for a long time,” she said.

Thomas did not respond to follow-up questions about his conversation with Gardner-Ince.

The portrait’s significance apparently had not come to the attention of Gardner-Ince or the other managers Thomas supervises until last week, when a union steward attending a meeting in Thomas’ office recognized Forrest as a founding member of the KKK. The union steward was aghast, a colleague told The Post, as VA has thousands of black employees who care for an increasingly diverse population of military veterans.

The local VA chapter of American Federation of Government Employees, which represents employees at VA’s central offices, drew up the petition this week demanding the portrait’s removal.

“We employees denounce the display of this offensive picture and believe appropriate action should be taken,” the petition says, describing Forrest as not only the KKK’s first grand wizard but also the commander of an 1864 massacre of Union troops, most of them black, who surrendered after the Battle of Fort Pillow in Tennessee.

Douglas Massey, president of AFGE’s Local 17, said he gathered 75 signatures on Monday in the headquarters cafeteria and plans to continue until he has 200, even though Thomas told The Post he took down the portrait. Massey said he found Thomas’ explanation offensive and “hard to believe.”

He described the decor in Thomas’ office as “very deliberate and fastidious.”

“That office could be a museum. There seems to be so much thought that went into decorating it,” he said. “If I had a picture in my office of someone, I would want to know who it is.”

VA spokesman Curt Cashour said in an email that the agency “strives to create a workplace that is comfortable and welcoming to all employees” and noted that in his first month as secretary, Wilkie signed a policy that ensures that VA “does not tolerate behaviors that interfere with an individual’s work performance or that create an intimidating, offensive, or hostile environment.”

“Achieving the secretary’s goal relies in large part on individual judgment and common sense of employees at all levels,” Cashour said.

He said, however, that Thomas “received no complaints from his fellow employees and only learned about these concerns from The Washington Post,” adding, “Mr. Thomas immediately took down the print in question . . . and the matter is resolved.”

Thomas questioned why the union official did not tell him that some people might find the portrait offensive and said that none of his employees ever complained about the portrait. “You know how many people I’ve had in and out of my office?” he said. “They say, ‘That’s a nice print.'”

A group of former Confederate soldiers formed the Ku Klux Klan in Tennessee in 1865 and later asked Forrest to be the first grand wizard. Forrest was recognized as a military strategist and in the last years of his life publicly denounced the violence and racism practiced by the Klan. During Reconstruction, he received a pardon from President Andrew Johnson, but he remains one of the most controversial figures of the Civil War era for his role in the Fort Pillow massacre.

Although public memorials were erected throughout the South to honor Forrest, many have been taken down amid the recent national furor over such statues.