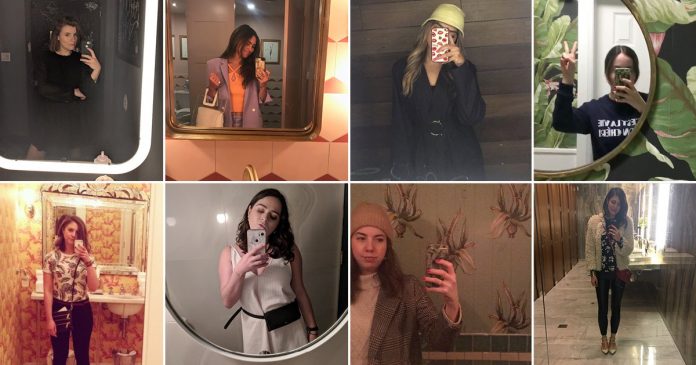 “I will never understand the bathrooms in this country,” rants George Costanza in a 1995 episode of Seinfeld. “Why is it that the doors on the stalls do not come all the way down to the floor? We’re designing bathroom doors with our legs exposed in anticipation of the locks not working? That’s not a system. That’s a complete breakdown of the system!” I think about this seminal takedown whenever I’m in the underwhelming (to put it nicely) bathroom at my workplace. But it’s not just the too-short stalls, which are a disturbing shade of not-quite-white, that make me feel as incensed as George. The wall tiles are straight out of a high school gym shower, and, perhaps worst of all, the lighting is so powerfully unflattering, it feels as if the mirror is negging me.

Although my office bathroom is stubbornly stuck in 1987, that’s not the case elsewhere. Bathrooms are becoming more and more design forward, with restaurants and bars leading the way. In Toronto (or any other metropolis for that matter), you can bet that a restaurant that’s opened in the past couple of years will boast a bathroom that’s as cool, considered and photo-friendly as the main space. “Thanks to Instagram and Pinterest, everyone is more attuned to aesthetics, and more people consider themselves pseudo-designers,” says Sarah Townson, a designer at DXT Studio, who’s worked on Toronto spots like The Alpine, Reyna on King and Palm Sunday. “People want their place to be photo-worthy and pretty. Restaurant bathrooms are more important now than ever before because people are so into sharing photos, especially selfies.” For many establishments, an Insta-bait bathroom acts as a marketing strategy. After all, if you managed to score a reservation at that cool new French cocktail bar and didn’t post a bathroom selfie to your Stories, did you even go?

“You’re more likely to take a photo or feel like you can adjust the tuck of your shirt or pick at your teeth when you’re not faced with a row of six automated sinks.”

According to Townson, there’s a formula to the photogenic resto bathroom. It all starts with great lighting. “You want even distribution of light around the mirror,” she explains. “If you look good in the mirror, you’re gonna want to take a photo in it.” As someone who’s been sucked into the flattering reflection of those mirrors with a border of warm light around them, I can’t argue with Townson. Another key element is wallpaper. Think: quirky, sometimes even cheeky, wallpaper that’s designed to get attention—the nudes and semi-nude prints at Rhum Corner come to mind.

The final piece of the puzzle has less to do with the decor itself than the feeling it evokes. Restaurant bathrooms are starting to resemble residential ones, making customers feel at ease with spaces that are intimate and inviting. This explains the uptick of decor elements like plants (often fake ones as bathrooms tend to be windowless), earthy colours like terra cotta and matte fixtures. Organic-looking textures like terrazzo and pink marble are more popular than ever. Restaurants are also increasingly opting for individual bathrooms with a sink in each little room. “You’re more likely to take a photo or feel like you can adjust the tuck of your shirt or pick at your teeth when you’re not faced with a row of six automated sinks” says Townson.

All this adds up to a space that is not only easy on the eyes but can feel like a sanctuary. Individual bathrooms can more easily become gender neutral bathrooms. “It welcomes everybody. Those establishments might be more comfortable for someone who is non-binary,” says Townson.

This trend toward more homey and welcoming bathrooms is translating into the workplace, too. “It’s just as important to add design features to the bathrooms as the kitchen, lobby and meeting rooms; it’s something I mention to all of my clients,” says Mette Johansen Keating, the founder and creative director of Mette Designs, a Toronto firm that works with companies like Wattpad and The National Ballet. “It’s a way for the employer to show that they care about their staff,” says Johansen Keating. “The washroom seems to be the only place you can take a break these days!” Indeed, thanks to the open-concept layouts of most work spaces, we can hear our colleagues talk on the phone, type away or chew celery. A bathroom can provide a much-needed respite from the constant sense of being on display.

In terms of trends, office bathrooms are ruled by the same influences as those at restaurants—earthy colours, wallpaper and organic materials—and, like restaurants and bars, they’re also increasingly becoming spaces that keep non-binary people in mind. Mette Designs’ client Urbanflip requested an all-gender bathroom at its offices. “It’s more flexible for capacity, privacy and inclusivity,” says Johansen Keating.

But not all companies have full control over the space. Washrooms are often shared by multiple tenants and any changes, no matter how big or small, are up to the landlord. When faced with such a challenge, Johansen Keating will suggest swapping the lighting from hash, green-toned fluorescent (“It makes us look older than we are!”) to a softer LED. Adding a few plants—again, even fake ones do the trick—is another quick fix to a sad loo.

It’s hardly frivolous to want bathrooms to look and feel pleasant. They are an extension of our working and social spaces, and they have a real impact on our wellbeing. I won’t lie, I’d love a palatial marble bathroom where fiddle-leaf figs rustle to the efficient breeze of a Dyson hand dryer and plump bottles of Aesop hand soap never run low. Maybe someday. For now, I’ll settle for some LED lightbulbs, a couple of imitation succulents and maybe even doors that go down to the floor. George Costanza would approve.