Home Home decor Lighting The White House Is Known For Its Christmas Decor, But These Photos... 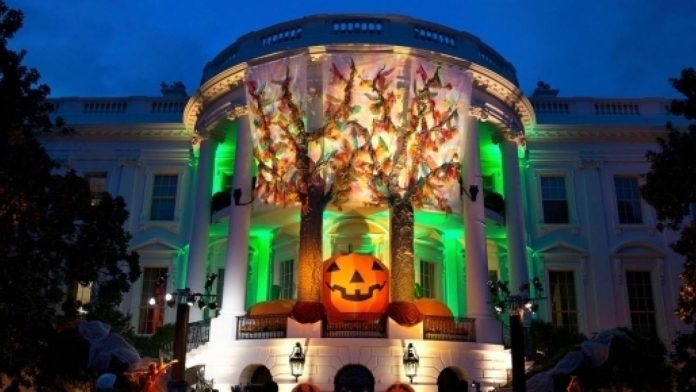 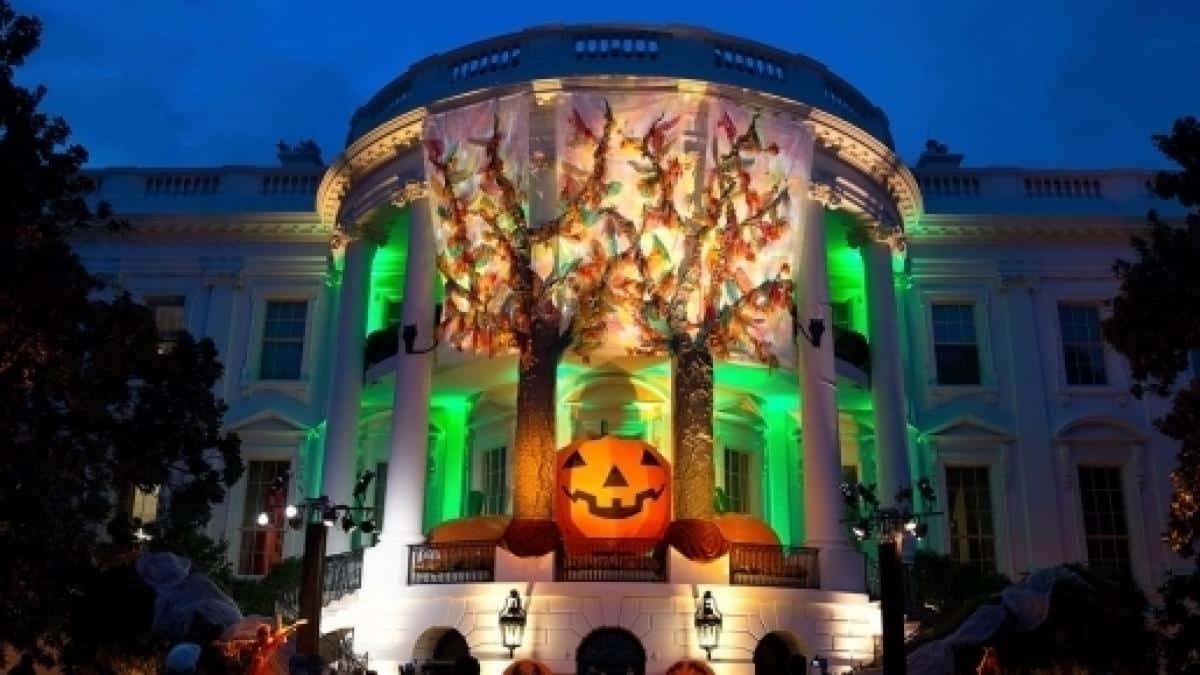 Everyone adores the White House’s Christmas decorations. Come December, the world temporarily forgets about politics as sparkling lights and evergreen trees become all the media talks about. While yes, the president’s quarters is beautifully decorated for the holidays, their Halloween game is on point as well and is seriously underrated. The White House might be known for its Christmas decor, but these photos prove they do Halloween better. Ron Weasley would crap his pants if he saw last year’s Halloween decorations at the White House. Not only are the spiders enormous, but they’re so realistic you can almost feel them crawling up your neck. While it seems like a simple way to go with their display, the small details like the flying bats and extensive spider webs draw the eye toward the spooky hotel awning.

Thes factors are nothing though compared to what a little lighting did for its creepy factor when the sun went down. I’m not sure what the deal with the red and green lights are. Perhaps they were still up from the previous Christmas, one of President Barack Obama and Joe Biden’s little pranks. While this pumpkin-themed display makes the White House look more like a cheesy Fall festival that you might take the kids to for pumpkin picking, it does look incredible at night. The lighting gives the autumn trees more depth, making them look more spooky and less paper mache elementary school art project. 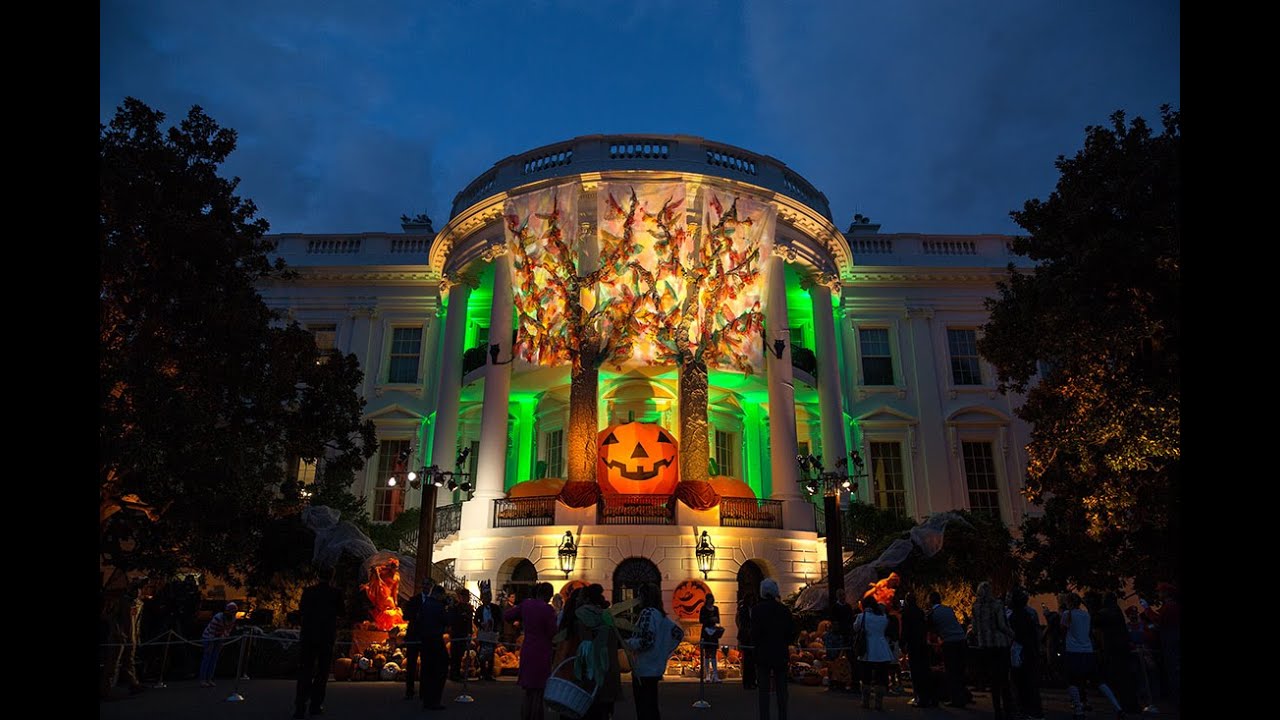 There’s also something about pumpkins at night that is just creepy. Whether they’re jack-o-lanterns or not, it’s like have a dozen orange faces staring at you.

This Halloween display is far from the cartoon version of Alice in Wonderland we all loved as kids. The design features all of our favorite characters as Tim Burton saw them including the Cheshire Cat and the White Rabbit. Those rabbit heads are creepy nough to give anyone nightmares, depicting a part I certainly don’t remember from the books.

When the sun set and lights were turned on, all of the scariness seems to fade. The White House almost looks majestic the way the characters stand out, and the purple and blue lighting glows. 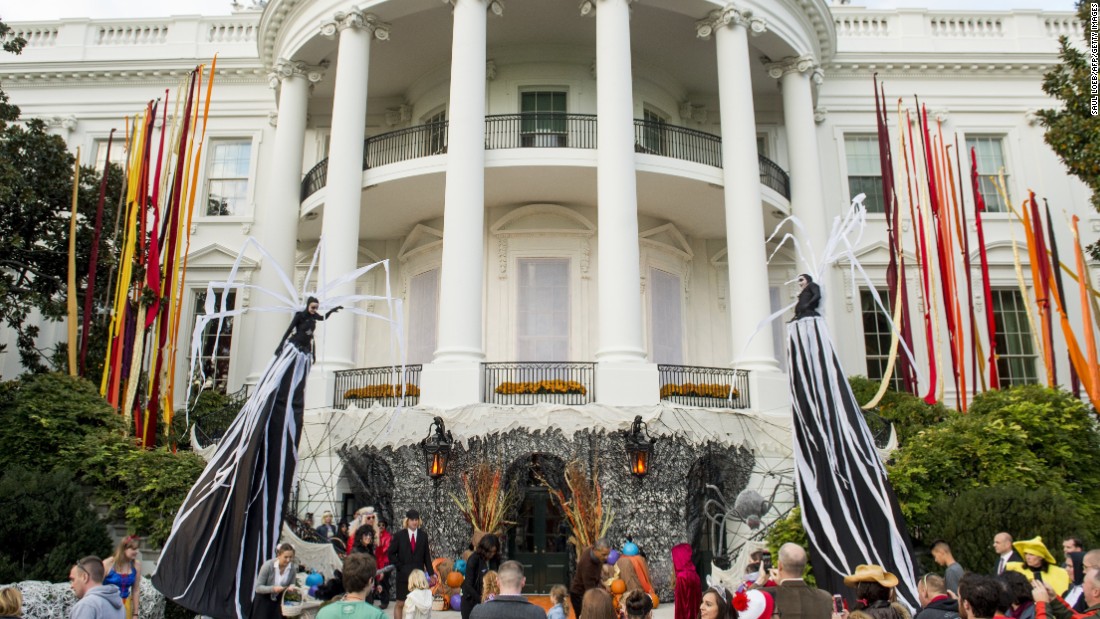 This White House Halloween display might seem basic, but it’s all about the tiny details. The front door is framed by black twine and yet another enormous spider that pales in comparison to the ghoul-like floating women. At night, however, the women go home leaving behind a masterpiece in shadows. 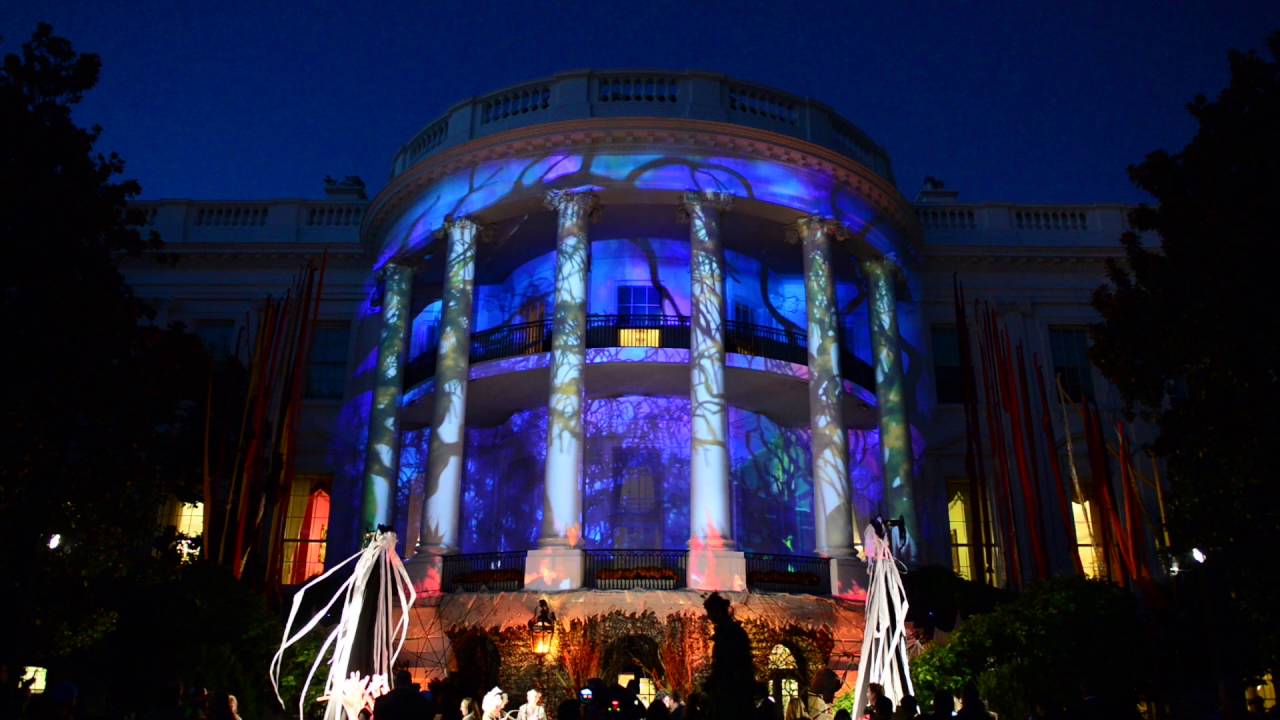 Is it the streamers? Is it the lighting? Somehow the creators behind this White House Halloween display were able to create the appearance of there being a haunted forest nearby. It’s scary yet oddly beautiful. 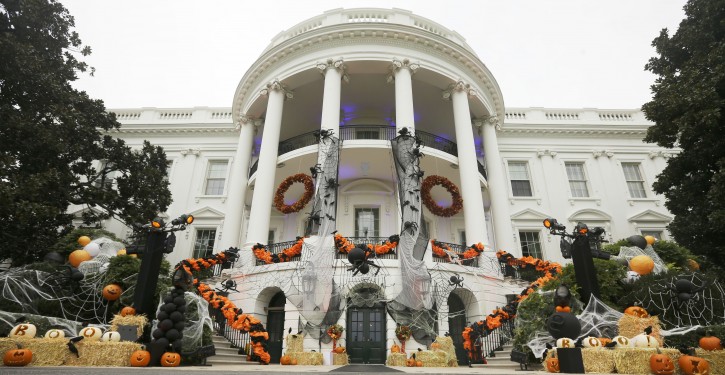 Adorned in hay bails and jack-o-lanterns, this 2013 Halloween display at the White House was a true classic. You have all of the traditional fixings including the spider webs, the word “Boo!”, and enough orange and black to meet the holiday’s requirements. 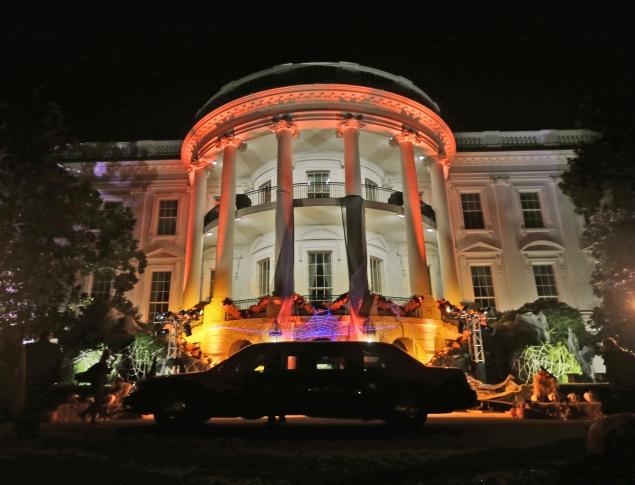 Like all of the other photos on this list, it’s all about the lighting. They really need to bring back that neon purple spiderweb! Only time will tell what the Trump’s decide to do for their 2018 Halloween festivities at the White House.

Most Epic Halloween Displays With A Political Flare