Home Home decor Kitchen Show You Should Know – Test Kitchen to Raise the Roof at... 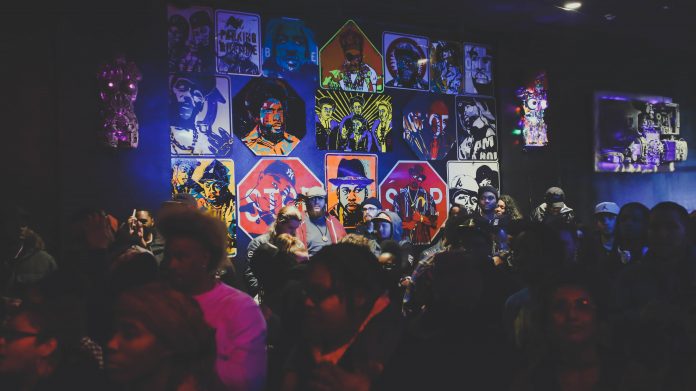 The Test Kitchen Concert 2018 is bringing a showcase of local musical expertise to South Broadway. The event that is known for banding together Denver rap fans finds its home this year at one of our most iconic venues, Gothic Theatre. The line up is sure to have something for everyone, seeing as it includes over 15 acts of prime Denver talent. The night’s performers include Sirdevon, Paisha Love, Jamm Lefrere, Drew Avon, Shaelyn, Trey Triple A, LPeez, Mo-Luv, Michael Louis, Looney Ando, Phenixx Ugrilla, Ked Colorado, Dope Boy Duce, Vrron Paul, Ransteez and the latest additions, Larry June and Trayce Chapman.

Any rap fan in Denver needs to make their way to this night of independent artists because the musicians that please the crowd are sure to become much more visible in the community. The event is hosted by lifestyle and culture brand Life is Dope, and will include feedback from Francois Baptiste of AEG, Matt McNeal of Dreamville Records and The Test Kitchen Academy. The night has been slated to include live interviews, interactive performances and even a live-streamed rap-a-thon.

Ru Johnson of Roux Black — the creative consulting brand that is bringing Test Kitchen to the light of day along with Red Bull and Pat and Annie — is enthusiastic that this event will be helpful in making some of Denver’s music professionals more discernable. “The goal is to open the playing field by introducing a ton of new artists who are ready to take the city by storm,” says Johnson. “I’ve enjoyed working with this crew because unlike some of the artists who have attempted to saturate the current market of hip-hop, these performers are prepared to work for it. They just needed the chance to be seen — so we’re doing that.”

“I curated this lineup to put us outside of the box,” continued Johnson. “Maybe you haven’t seen some of these names, maybe you have. After Test Kitchen though, everyone will know about these performers who are elevating the hip-hop scene.”

Continuing with what she is looking most looking forward to getting these fresh faces on stage, Johnson stated, “LPeez is definitely the best woman rapper in the city. It’s her time, so we’re putting her on the big stage. Drew Avon, for example, he found me at the right time and I heard his music and was really blown away.”

The exquisite decor of the Gothic Theatre’s walls will serve as an extraordinarily beautiful backdrop for a night such as Test Kitchen. Test Kitchen is about exposing local talent and widening the horizon for genuine fans in the community, and the powers that be in this production have clearly done their part in setting it up for success. Following this night of art and lyricism could potentially be new opportunities for these musicians, and anyone who has ever voiced an opinion on the state of Denver hip-hop will need to be in attendance to see the future begin to unfold.

The Test Kitchen Concert 2018 will take place at The Gothic Theatre on Friday, August 31 at 8 p.m. Tickets and more information to the 16 and up event are $15 in advance and $20 day of the show and can be found here.