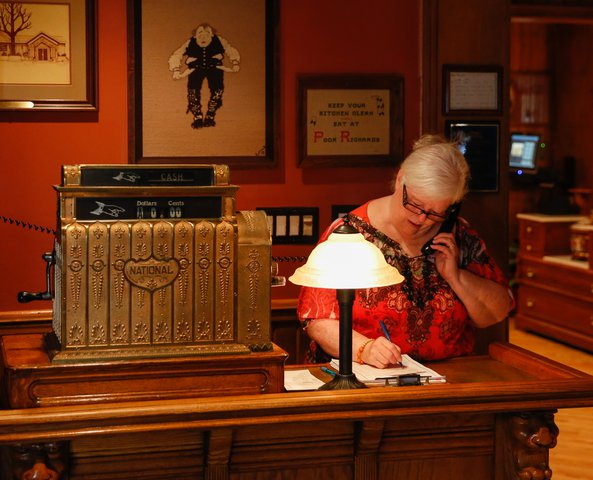 “We have enjoyed it, and it’s just time at my age,” 74-year-old LeCain said. “Maybe it’s time to sell. It’ll be hard to adjust to retirement, but I think I’ll enjoy it.”

The restaurant first opened 42 years ago, and since then has welcomed generations of customers.

Trudy Bailey, general manager of Poor Richard’s, has worked at the restaurant for 27 years. She considers both her coworkers and clients family. Poor Richard’s employs a staff of around 23 people.

“He’s got to sell us with it,” Bailey said. “That’s what we keep telling him. When he does sell it, it’ll be sad because this is his baby.”

Creating cocktail concoctions and managing the bar in the restaurant’s basement has been a steady job for J.P. Puccio.

He has worked in different facets of the business, since becoming one of its cooks in 1983.

“It has always been very good to me,” Puccio said. “There’s no place to go, other than here, that’s going to feel like home.”

LeCain and his wife, Bonnie, lived in Miami before moving to Gainesville in 1975. They dived straight into the restaurant business by purchasing a building, which LeCain said was a meat market.

The first Poor Richards, which was established in April 1977, seated around 60 people. LeCain worked in the kitchen, while his wife served as the hostess.

“Our marriage has always been solid,” LeCain said. “I take care of the kitchen, and she takes care of the dining room. I don’t get in her way, and she doesn’t get in my way.”

The couple opened up the basement portion of the restaurant in 1978, which increased the customer capacity to 140.

LeCain said throughout his journey as a business owner, he has always relied on his guests.

When customers complained about the wait time for tables, LeCain purchased the property and building next door to Poor Richard’s. He moved the building — which used to be a house — 50 yards over and attached it to the restaurant.

The last addition to Poor Richard’s took place in 2005 with a 24-seat patio.

Despite the shifting architecture, the decor at the restaurant has remained stuck in time.

With dimmed lighting, wood panels and touches of dark green, the interior transports people back to the late 70s. LeCain and his wife added hints of their love for antiques to the place, including a giant brass cash register from the early 1900s and old-timey metal alcohol advertisements, which cover the walls of the basement’s stairwell.

Poor Richard’s started off as barbecue and steak place. LeCain said he quickly dropped the barbecue.

He describes the menu as “true American cuisine.” Some of the items include seafood, fried chicken livers, filet mignon, cheeseburgers and the restaurant’s classic house salad with hot bacon dressing.

Bailey said that LeCain strives to make the food perfect, creating all of the sauces from scratch and never failing to cook the steak to people’s liking.

“I remember coming to this place as a kid,” Laura Staub said. “The food is delicious and you can always count on them being consistent.”

LeCain said he has been blessed with a steady flow of customers, some stretching over four generations.

“It’s just so rewarding, that’s the best way I could put it,” he said. “For these people to come in here and say, ‘Do you remember me?’ It’s just a great feeling.”

Running a restaurant also comes with its hiccups.

Friday night in May 2003, a car went airborne and crashed into the front of Poor Richard’s.  LeCain said this happened during closing time, and he had just arrived at home. Luckily, customers and staff had mostly cleared out by then.

“The good Lord was looking after us because where he hit the building was the busiest area of the restaurant, as far as customers and employees,” LeCain said. “The employees who were here cleaning up said it sounded like a bomb going off.”

The next evening, the restaurant was up and running.

Reflecting on the decades spent at Poor Richard’s, LeCain said he doesn’t feel like he has “made it” as a business owner.

“I’m an old guy, and hard work and caring about people works,” he said. “That’s all there is to it. I could say I’m almost there, but there’s no finish line. I wish there was.”