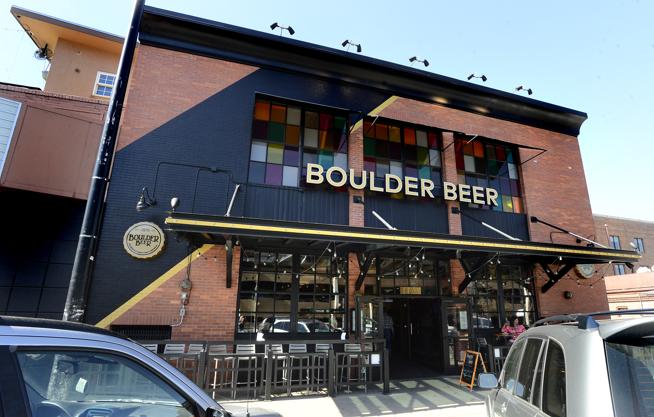 While the establishment will be transforming its menu and overall concept, it won’t be changing hands.

Frank Day, founder of the original Old Chicago in Boulder, remains the owner and Boulder Beer Co. will continue to run a seven-barrel brewing operation at Squared Pizza + Beer.

“We’ve been consulting and facilitating the brewing side,” Boulder Beer president Jeff Brown. “The restaurant will still provide an opportunity for small-batch research and development for the brewery.”

Boulder Beer’s primary brewery and pub location at 2880 Wilderness Place will not be affected by the changes at the Walnut Street establishment.

Boulder Beer on Walnut will close Tuesday to allow for kitchen modifications and decor changes, according to Brown. Squared Pizza + Beer is expected to open Sept. 10.

This will be the second time in less than two years that major changes have occurred at the 1123 Walnut St. location.

In May 2017, Day took ownership of the Walnut Brewery from Tennessee-based CraftWorks Restaurants & Brewery Group. He partnered with Brown and renamed it Boulder Beer.

“As we continue to develop the concept, we really wanted to look at some different menu and food ideas,” Brown said.

The idea to build the menu around Detroit-style pizza “is something that has kind of taken shape and evolved over the last year,” he said.

Typically, Detroit-style pizza is baked in a square pan and served in square slices.

While it also has thick crust, Detroit-style pizza is “not as heavy and chewy as a Chicago style,” said Tom Lund, Squared Pizza + Beer planning and development director.

Rather than traditional mozzarella, Squared Pizza + Beer will use a blend of mozzarella, Wisconsin brick cheese and cheddar, he said.

The menu also will include appetizers, burgers, sandwiches and salads.

The bar will include 12 beer taps, along with draft cider, root beer and kombucha. Squared Pizza + Beer also is “looking to expand the cocktail offerings,” Brown said.

Following the May closure of The Walrus Saloon at the corner of 11th and Walnut streets, there was talk that Boulder Beer on Walnut would host Walrus-branded late-night parties. Brown said those parties are not in the plans for Squared Pizza + Beer.