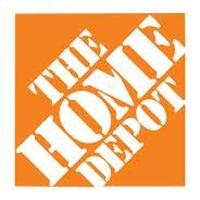 MARIETTA — The Development Authority of Cobb County, accompanied by representatives from two local companies seeking tax abatements for long-term office leases, met with the Cobb Board of Education on Thursday.

The Home Depot and Floor & Decor are seeking a combined $66 million in bonds and 10-year tax abatements to expand their Cobb footprints in the Cumberland area, according to Nelson Geter, the development authority’s executive director.

Home Depot is eyeing an 11-year lease of two buildings across from the Weather Channel’s corporate office and looking to spend an estimated $45 to $50 million to renovate about 215,000 square feet as it expands its home office. The company is seeking $50 million in bonds.

The request, dubbed “Project Run” by the development authority, is expected to help Home Depot bring an additional 700 jobs to the area with salaries of about $100,000 each, according to Jim McCarthy, Home Depot’s senior director of real estate.

“We needed a home for more people,” McCarthy said. “We were busting at the seams.”

“This allows us to spread our elbows just a little bit instead of working two to an office,” he said of the company’s expansion plans.

Floor & Decor plans to move its headquarters from Smyrna to a 322,000 square foot office building along Windy Ridge Parkway, according to Amy Gerber, executive managing director for Cushman and Wakefield who is tasked with finding a suitable site for the Floor & Decor expansion. The company is seeking $16 million in bonds from the development authority.

“This is a company that’s on a rapid growth trajectory,” Gerber told school board members Thursday, adding Floor & Decor wants to double its workforce over the next two years.

The company’s abatement request has been dubbed “Project Leap” by the development authority.

A fiscal impact analysis conducted by Georgia Tech estimates Floor & Decor’s move would bring about 420 new employees to Cobb with an average wage of $75,800.

Geter said the development authority is looking to take title to the properties for 10 years, removing them from the county’s tax rolls. The firms would pay 10 percent of property taxes the first year, 20 percent the second, and so on, until the entire value of the office property is returned to the tax rolls after a decade.

The firms would also kick up a “pilot payment,” or payment-in-lieu-of-taxes, so the county and school district don’t lose out on revenue during the construction phase and first year of their abatement schedules, according to Geter, who assured board members there would be no erosion to the school district’s existing tax base if the incentives are approved.

The pitches for the abatements were met with minimal pushback from board members, and welcomed by board member Scott Sweeney, who voiced his support for the projects.

“It’s really in our interest to see the commercial digest in the county grow,” he told the companies’ representatives.

While the school district has no say in whether tax incentives are awarded, the development authority pitches its projects to board members as a matter of courtesy since pulling a property off Cobb’s tax roles for 10 years impacts the amount of money the district collects.

Board member Randy Scamihorn said he remembered the school district supporting another tax abatement for Home Depot’s corporate office expansion several years ago. He also raised concerns about the companies looking to lease the respective properties instead of purchasing them, saying there’s always the possibility they could relocate when the 10-year abatement period is up.

“The way I understand it, our abatement is on a sliding scale for 10 years, and just as we see the full fruition of the abatement… there’s a likelihood that it could be gone,” Scamihorn said.

Vinings Bank president Clark Hungerford, chairman of the development authority’s board, said while that is a possibility, the school district would receive more tax revenue than it does now because the properties would be improved.

He also said both companies, at this point, are planning to stay in their new locations long-term and that they will likely renew their leases.

“This is taking property that right now is vacant and generating little to no revenue,” Hungerford said. “Even with the abatements that are going to be approved, the school district never earns less than it is currently earning on the development.”

The presentation to the school board comes just weeks after attorneys for both Kroger and the development authority filed a notice of appeal opposing Cobb Superior Court Senior Judge Adele Grubbs’ Sept. 5 order denying the validation of $35 million in bonds toward the development of a new grocery store in east Cobb.

Kroger had sought the bonds as it looked to become the anchor tenant of a proposed $120 million mixed-use development on a 23-plus acres at the corner of Terrell Mill and Powers Ferry roads. In addition to the Kroger, Eden Rock Real Estate Partners and Connolly Investment and Development are planning to bring to the site 298 apartments, a self-storage facility and other retail space.

Though the Development Authority of Cobb County approved the bonds in May, east Cobb activist Larry Savage’s June challenge in Superior Court led to a Sept. 4 hearing where Grubbs ruled against the development authority and grocer.

Kroger has not publicly announced whether it still plans to move forward with the proposed store.

The development authority has joined the grocery chain to appeal Grubbs’ ruling to the Georgia Supreme Court, Geter said.

Geter said it’s clear both The Home Depot and Floor & Decor are looking to stay in Cobb, but he wouldn’t say whether the locally headquartered companies would move forward with their respective leases without the tax incentives.

“That’s a question only they can answer,” Geter said, adding if all goes well, he hopes to have the two companies in place at their new locations by the middle of next year.

The development authority is expected to vote whether to approve the latest round of bonds and tax abatements at its Oct. 23 meeting, he said.