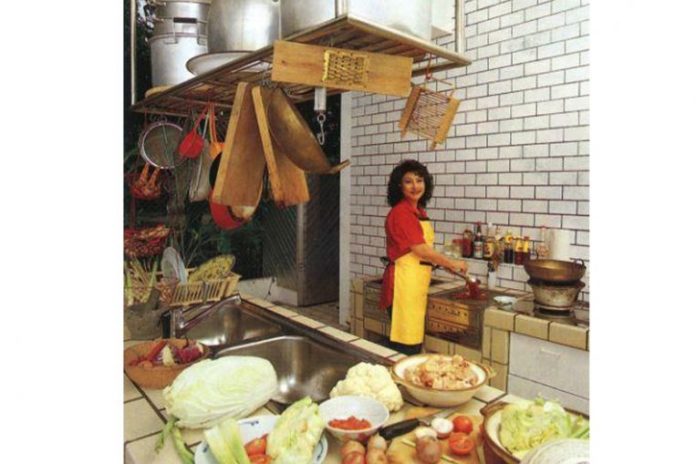 Home & Decor, which marks its 31st year next week, has charted the evolution of interior decor styles in Singapore over three decades.

The magazine’s first editor, Ms Betty L. Khoo-Kingsley, 74, says that in the 1980s, European furniture retailers such as Ikea and Habitat were breaths of fresh air.

“Decor used to be very Victorian, with fussy, frilly curtains, carpets that look like the dog vomited on it and overstuffed furniture. Or it imitated nightclubs, with black lowered ceilings with dimmers… Horrible.”

She adds: “I have also always believed not in following so-called popular trends (manipulated by manufacturers and advertisers), but in setting trends that blend our home with nature – also using natural and inexpensive materials, and being creative and innovative.”

Home interiors with pastel colours, Oriental chic aesthetic and modern European curves are among those featured in some of the earliest issues of the magazine.

In December/January 1994, the magazine’s first HDB special came out. By then, a new editor, Ms Sophie Kho, was at the helm.

“We packaged different flats – from three-room to five-room – to show locals that you can turn your humble HDB flat into a stylish and inviting home that reflects your personality,” says Ms Kho, 65, who was editor from 1989 to 2013. “You don’t have to live in a swish condo or District 10 bungalow to own a beautiful home. It was a wake-up call.”

She adds: “This new willingness to splash an extra $20,000 to $40,000 to transform an HDB flat into an elegant space opened up a huge new market for interior designers.”

Former editor Rebecca Wong, 41, who headed the magazine from 2013 to 2016, says the retro and vintage looks became increasingly popular after the mid-2000s and early 2010s respectively. “A lot of people were buying vintage furniture or having Peranakan-style tiles on the floor.”

One thing set to become even more common – not least following the announcement this year that new Housing Board flats will come with open-concept kitchens – is the absence of boundaries between cooking and living areas.

Starting in the late 2000s, there has also been a growing penchant for minimalist decor here.

Current editor Young Lim, 39, observes that Singaporeans have become more experimental, taking more ownership over the design of their homes and are no longer simply imitating what is out there in “cut-and-paste” fashion.

Other styles to have caught on in recent years are the Danish concept of cosiness called “hygge”, and Scandustrial, which blends Scandinavian decor with an industrial touch.

Mr Lim feels that the design scene in Singapore is going to get more vibrant and more competitive.

“Not only are there more local interior design firms around, we are also seeing several big name international firms setting up shop here. For homeowners, this can only be a good thing as the presence of international firms also helps to elevate the level of our appreciation for good, timeless design,” he says.

“I’m also glad that some of our local firms, such as Design Intervention, have made a mark for Singapore on the worldwide platform by being one of the few Singapore-based interior design firms to be inducted into the Andrew Martin Interior Design Review book – considered the Oscars of the interior design industry.”

More can be done to inspire potential interior designers, he adds.

“The local institutions can start by roping in more professionals from the field to contribute to the curriculum and offer the design students here a realistic experience of the industry.”