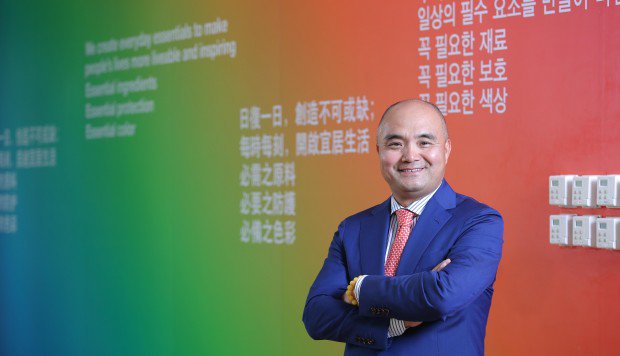 Dutch paint and coatings maker Akzo Nobel is setting its sights on Chinese millennials to help propel sales in the world’s second-largest economy amid a slumbering property market.

Chinese youth will be the biggest growth driver for the company, according to Lin Liangqi, president of Akzo Nobel China.

He expects double-digit annualised sales growth on the mainland.

“Sales of new homes slowed in China, and we believe it is the right time for us to adjust our strategies in the big market,” he told thePost. “The demand for repainting among Chinese consumers born post-1980s and post-1990s is increasing rapidly and we want to tap their changing habits on refurnishing.”

Millennials refer to those aged 24 to 38 years old. The demographic represents about 400 million

In the developed Western economies, an average household repaints every three years, compared to at least eight years in China, said Lin.

“The gap is narrowing and will continue to narrow,” he said, referring to the changing aesthetic tastes among the millennial demographic. “That is a market we need to focus on now.”

Dulux has launched a new marketing strategy which uses the catchphrase “Let’s Colour” in a bid to woo more young Chinese homeowners eager to express their individualism.

“Chinese homeowners are increasingly aware of the fact that colour can make a big difference in home decor,” Lin said. “It can make living spaces more fun, liveable and enjoyable.”

According to the China National Coatings Industry Association, China’s home repainting market could see annual sales of more than 100 billion yuan (US$14.5 billion) in the next few years.

“Since the property market is weak, the companies in the home improvement sector are closely monitoring the refurnishing habits of the existing homeowners,” said Cao Hua, a partner at private equity firm Unity Asset Management. “Big name brands also have opportunities to conduct mergers and acquisitions to increase market share.”

Lin said Akzo Nobel has plans to expand on the mainland through acquisitions.