Home Garden The art of the harvest | Opinion 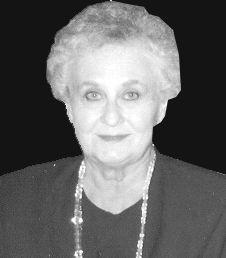 In sundry small towns across the Heartland, murals, one, two or even three stories tall, decorate the entire outer wall of an old building. Most are a collection of vignettes – farmer, merchant, railroad worker, wheat, corn; the painting tells the history of the community. No two murals are alike, but each artist has painted as if a student of artist, the late Dot Kennerly, for each has added a “little bit of red” to the scene – barn, truck, maple tree. Artwork.

But the art of this vast midsection of the country extends far beyond paint on brick. Harvest paints its own canvases. Combines cut large swaths of contrasting color, buff and brown, as the farmer reaps in one direction, then turns around to harvest the crop in the opposite direction. Similarly, I’ve seen freshly mown yards that display smaller versions of contrasting stripes of colors.

Fields have been contoured to the shape of the hillsides; tillage follows straight lines in the valleys.  A plot of bronze corn grows besides a stretch of amber wheat, which abuts a tract of still green soybeans. Multiple sepia-colored hay rolls dot expanses of verdant grasslands and patches of yellow sunflowers stand ready to give up their seeds. As we return southward, we see the black soil of already harvested corn fields tilled again, ongoing stretches of green soybeans, white cotton ready for picking and truckloads of straw colored peanuts on the way to market. The passerby viewing these seemingly never ending panoramas sees patchworks as intricately stitched as that of any grandmother’s quilt. And again, that “little bit of red” in a painted barn, a work truck, a maple tree in autumn catches our eye. Artwork.

Another artist, the late Sheridan Murphy, once told me after she had returned to her native New York, that she had found one locale where she loved to paint. Each day that she picked up her watercolor brush, the scene differed because of time of day, change of season, shift in light. I was reminded of her astute observation of different, but the same, as I viewed farmland vista after vista. We were seeing the same crops mile after mile, but the layouts varied.

Even as spectacular as these manmade scenes are, they are dwarfed by the changing color of the season. As we leave the South, we sense a bit of autumn in the air. The further North we travel, the shift becomes noticeable, first in the yellowed leaves dotting trees. Then a single deciduous tree appears golden as if Midas has touched it. Finally, entire stretches of forests feature a blend of hardwoods ablaze in gold, orange and red interspersed with evergreens. Artwork.

But the vision only begins with the beauty. The sheer immenseness of crops planted, nurtured, harvested, then gleaned by cattle and birds, amazes. Traveling thousands of miles along the backroads of America, we marvel at the productivity of both family owned farms and industrialized farming. It was not difficult to distinguish the two. A family owned farm, even if immense in size, is centered by a house, a garden, an attractive harvest decoration featuring pumpkins, lots of pumpkins, on the front lawn and tree-lined windbreaks or living snow fences surrounding the homestead.  Industrial farms boast utilitarian structures. No nostalgia here.

The work of researchers and university agricultural studies is evident in all directions – in signs aligned with the rows of crops, in research stations, in irrigation systems. However, nothing shouts the advances in research like the evenness in height of crops. Many fields look as if we could walk across the tops of the plants without stubbing a toe. Only the small tracts of russet maize show any irregularity in the tallness of each plant.

While we tend to think that the West claims all of the ranches, there are plenty of ranches in the midst of the farmland. It seemed as if we saw as many herds of cattle and we did fields of grain.  Knowing that these pastoral scenes are repeated along countless other backroads across the country overwhelms and prompts a question. Why does anyone in this country ever go hungry?

Jamie Denty can be reached at [email protected] Please visit:  “From My Back Porch” at jldenty.wixsite.com/jamiedentycolumns. A “new” old column is published most Mondays