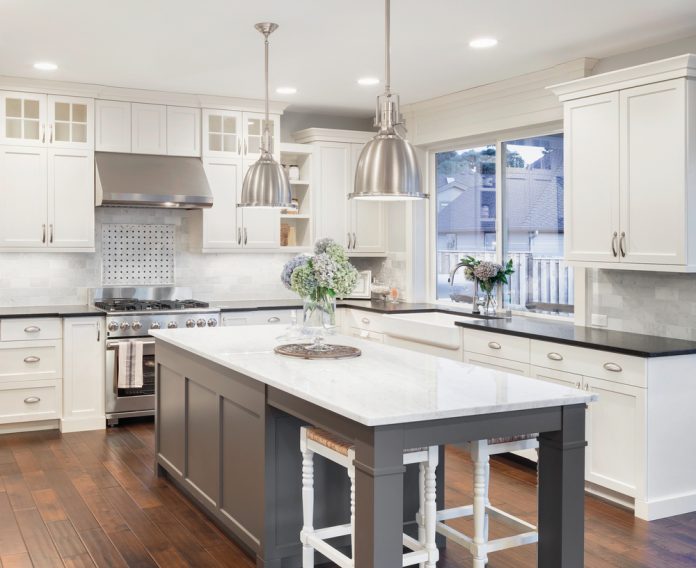 A lick of paint, a new floor and a bathroom makeover top the list of work carried out by home owners in the UK in the last five years, according to a new survey.

Overall, some 68% of work is undertaken to improve a property’s general appearance rather than essential maintenance which accounts for just 38%, the poll commissioned by GoCompare Home Insurance shows.

Energy efficiency improvements featured strongly in the list including installing a new boiler or central heating system and improving insulation.

Some 50% carried out interior decoration, 31% replaced the flooring, 29% installed a new bathroom while 25% either revamped the garden, fitted a new kitchen or installed a new boiler or heating system.

It also found that 21% fitted new windows or double glazing, 16% put up a new shed or garden building, 13% carried out exterior decoration and 13% also improved the insulation of their home. Just 8% did electrical rewiring, an extension or a new roof.

However, the survey found that only a quarter of those who carried out work had spoken to their insurer about their plans or changes they had made. Home insurance policies typically exclude cover for structural alterations, renovations, poor workmanship and faulty materials. So, home owners tackling major projects they are not qualified to do, such as electrical or plumbing work, could invalidate their insurance.

Household building and contents insurance policies generally don’t cover accidental damage to the building or belongings unless cover has been specifically added. So, if a home owner has a DIY accident while redecorating a room or puts their foot through a ceiling while laying loft insulation, they won’t be covered unless they’ve bought the extra protection.

‘If you’re planning a major renovation project, particularly if it involves structural changes, one of the first things you should do is to review your buildings and contents insurance to make sure that you have adequate cover both during and after the work has been completed. Otherwise, you could find that you aren’t covered or worse still you might invalidate your policy,’ he pointed out.

‘It’s also important to note that most home insurance policies don’t cover tradesmen or their work so, before you employ anyone check they have their own insurance in place. You should also check that any tradesmen you use are qualified to carry out the work and registered with a recognised governing body,’ he added.