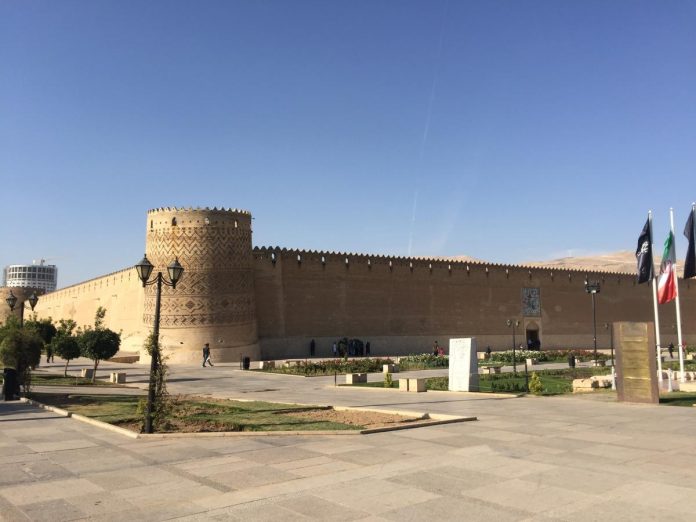 Shiraz. The very name evokes romance. That’s why this ancient city of Iran spurred me to visit it despite warnings from friends about the possible inconveniences that the US-imposed sanctions would pose.

As I entered my hotel lobby, huge framed portraits of four great Persian poets greeted me. When the receptionist mentioned that most Iranians visit the town only to pay homage to the celebrated poets — Saadi and Hafez, I decided to do likewise and visit Hafez’s Tomb first. Hafez, the 14th-century master of ghazal, is so much venerated by Iranians that no Iranian family can be found without a copy of his work Divan. On our way to the mausoleum, my guide recited a verse of Hafez:

When I am dead, open my grave and see
the cloud of smoke that rises round your feet
in my dead heart the fire still burns for thee.

At the entry gates of the huge orange garden in which Hafez’s grave is situated, I noticed throngs of locals getting cards picked up by a bird. Remembering parrots picking up prophecy cards back home, I looked at my guide quizzically. He said that the cards contain a verse penned by Hafez, and the picked verse would be considered their day’s guide by the Iranians. I, too, picked a card on which was written:

We walked through the garden towards the marble tomb which is in the midst of a small eight-pillared pavilion overlooking a memorial hall. On one side of the tomb was engraved the following verse:

On the day of my death, give me a minute’s time to set eyes on thee,Then, from the world and life, I will be set free.

I observed a large number of visitors placing both their hands and head on the tomb and engaged in silent prayer. Locals believe that if a question is asked, Hafez is bound to give a suitable answer. All around the garden, I saw visitors reverentially
engrossed in reciting the verses of the poet. I felt that I had come to a temple and not to the burial place of a poet. This experience was very unique indeed.

Soon after, we went to see the tomb of another great poet Saadi Shirazi, who lived a century before Hafez. Though his mausoleum, which is also located inside an octagonal edifice with a blue dome on top, did not attract as many visitors as that of Hafez, I learnt that he was considered as one of the greatest poets of all times, and his work Gulistan ranks as one of the world’s literary masterpieces. The following passage from his work is on a carpet which adorns the United Nations
Headquarters:

Human beings are members of a whole, In creation of one essence and soul.
If one member is afflicted with pain,
Other members uneasy will remain.
If you have no sympathy for human pain,
The name of human you cannot retain.

On the walls of Saadi’s Mausoleum are inscribed verses of his poems. In front of the entrance to his tomb is a pond in which I saw visitors throwing coins with the aim of getting their wishes fulfilled. The tomb of another poet from Shiraz, Shurideh Shirazi, lies close by.

Appreciating Iranians for venerating their poets, I went to visit the garden which inspired their poetry. Eram (Paradise in Persian) Botanical Gardens is a typical Persian-style garden, with water being used for both irrigation and ornamentation. Divided into four sectors representing the four Zoroastrian elements, this beautiful haven of peace has both flowering and fruit-bearing plants. Apart from its rose enclosure, a 200-year-old cypress tree is one of its attractions. A beautiful three-storied pavilion is at the top portion of the garden. Constructed by Naziruddin Shah, the pillars of this pavilion contain verses of both Hafez and Saadi.

Shiraz has many other things of beauty. Nasirul Mulk Mosque, locally called the Pink Mosque, is considered to be one of the 10 most beautiful mosques in the world. Built in 1888, its stained glass windows weave such a magic of colours on its floor that hundreds throng the mosque in the mornings only to enjoy this sight.

Shah-e-Cherag shrine, housing the tombs of two brothers, Mohammed and Ahmed, is both a mosque and a funerary. A revered centre of pilgrimage for Shiites, its blue-tiled dome and dazzling gold-tipped minarets beckon visitors from afar. The tomb, with its latticed railing, is in an alcove between the space beneath the dome and the mosque.

The huge Vakil Mosque, built in 1773, with its large open court decorated with typical Shirazi seven-coloured tiles, is characteristic of the art and industry of Shiraz in the 18th century. Its night prayer hall, with 48 monolithic pillars carved in spirals and its pulpit made from a solid piece of green marble, are considered masterpieces. The citadel of Karim Khan, the founder of Zand dynasty who made Shiraz the country’s capital, is another place of attraction.

Having seen so much in a single day, I asked my guide to take me to a tavern quoting the line from Hafez, “Oh, cup-bearer, set my glass afire with the light of wine.” He grimaced and told me that alcohol is prohibited in Iran. When I asked about the famed Shiraz grapes, he replied that they are no longer made into wine. Noticing my disappointment, he offered to take me to a local Iranian family who made wine for personal consumption. Politely declining his offer, I chose to drink a glass of pomegranate juice and read Hafez’s poetry. 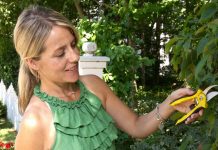 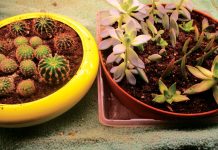 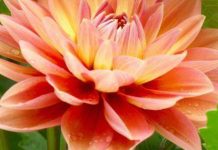