Home Garden Erith couple left with home ‘smelling like a toilet’ and sewage under... 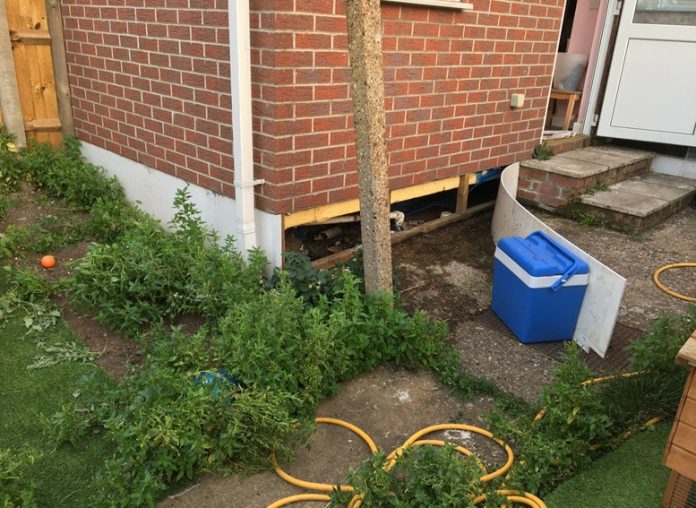 A couple from Erith claim their housing association has left them in a house that “smells like a toilet” for almost four weeks.

Eric and Penny Miles, aged 58 and 50, have been living in Avenue Road in an Orbit house for 20 years. Until recently, their time in the house has been smooth sailing.

However, after returning from holiday in July, they realised there was “a bad smell” in their home.

“We got in touch with Orbit immediately as we thought it was a sewage leak,” Mr Miles told News Shopper.

Despite the couple’s quick action, Mr Miles claims the housing association took a week-and-a-half to check the plumbing.

According to Mr Miles, the plumber identified the source of the smell as a disconnected pipe underneath an extension on the back of the house, which was causing sewage to collect under the garden.

“The smell has been terrible. Hardly anything is going down the main pipe,” he said.

But more than four weeks later, Mr and Mrs Miles are still living with the stench.

Mr Miles said: “We have been living like this for weeks. The smell, the flies. We can’t leave anything uncovered.

“The house smells like a toilet. An open pipe is pumping excrement down the garden.”

The couple have said they are scared to let their young grandchildren in the garden and are worried about “contamination problems” because they have been left like this for so long.

“We have been begging and begging Orbit to come over,” Mr Miles said, but claims the housing association has “left it and left it.”

“We are at the end of our tether. My house is like a third-world country. There’s no sanitation,” he said.

Orbit confirmed the repairs will be made soon and apologised to the couple for having to wait so long.

Adam Reid, contract operations manager at the association said: “We are in contact with our customers regarding this issue and apologise for the inconvenience the delay has caused.

“Due to the complex nature of the issue, it took some time to determine the exact cause of the leak.

“We have contractors attending again this Thursday 9 August to complete the repair and re-decoration work.”