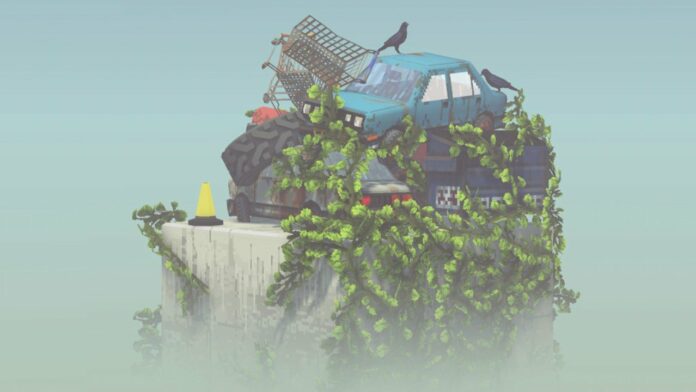 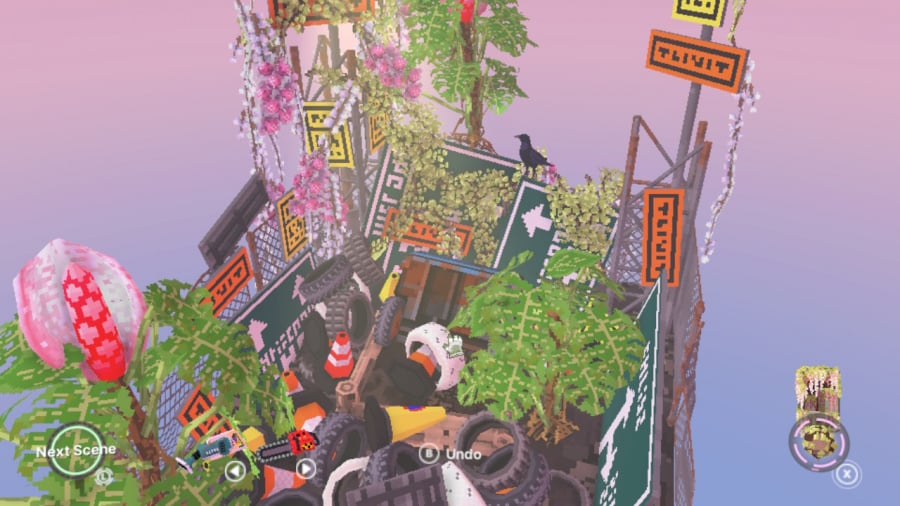 Cloud Gardens places itself in the rapidly expanding game genre “chill”. It ticks the critical boxes: open-ended, low-pressure gameplay; wistful ambient music; and graphics in colours muted enough and pixels chunky enough not to overcommit to anything. This sort of thing can be a bit meandering, but Noio has installed some clever guide rails around its post-apocalyptic playground to keep it moving along at just the pace you want.

First, the main game comprises compact dioramas presented in sequence, each needing to be completed to move to the next. This keeps things tight, with no sprawling convolutions to get your head around. Second, the items you can place and seeds you can plant in these scenes are labelled and categorised and stored in your catalogue for future use. This is not a collectathon or compare-the-stats scenario – things just get collected as you encounter them, giving a suggestion of progress.

Each diorama is completed by growing plants and placing objects. Starting with a barren, distressed, post-urban wasteland, you place a seed to start a plant growing from a surface. The plant’s growth is stimulated by placing objects in its vicinity. These objects are just junk: empty cans, derelict vehicles, shopping trolleys, road signs…. As a result, success comes not from merely covering rundown worlds in beautiful green, but rather from creating an unkempt pile of creeping knotweeds and detritus. There’s something bittersweet about the commingling of growth and decay. A game where the apocalypse is happily solved by liberal greenwashing would be saccharine and flat. Cloud Gardens is a far moodier shade of chill.

The execution of this task is not an exact science, however. Everything feels suitably organic: the plants aren’t just going to grow exactly as you want, and the junk you pile up might tumble in the direction you were hoping it wouldn’t. On top of that, the controls can be a battle. The y-axis angle on your dioramas doesn’t change – you can only rotate and zoom, and moving the cursor around on the 2D plane of the screen only gets you so much precision on surfaces at different angles. There’s a knack to it, but we never really got into the zone. True to Noio’s no-stress mission, however, no hair need be torn as a result. The levels are not hard, and the point is as much about just seeing how things go as it is about “completing” the scenes anyway. It’s a tricky line to walk – to make a puzzle game but not really push the player into trying to beat it. It’s like if Tetris said, “You have to clear horizontal lines and keep the stack from reaching the top, holding your nerve as the action builds in frantic intensity! Or, you know, whatever.”

Voyaging right out into “whatever” territory, Cloud Gardens includes a sandbox mode. Here, you can start from scratch and set the dioramas themselves, before decorating with objects and plants from the catalogue you’ve accrued in the game. There’s even an “unlock everything” option, so gotta-catch-‘em-all! Or, you know, whatever.

Cloud Gardens is a gentle-looking, gentle-sounding toy in the “chill” genre. It has a pretty good game hung on top, participation in which is largely optional. Noio’s stated aim “to fill you with satisfaction without the frustration” is a motto that’s been observed. Your mileage will vary based on what you find satisfying and what you find frustrating, but the gameplay, the themes, the music, the sound, and the graphics are all of a piece, admirably on-message, and contribute to a unique, bittersweet atmosphere.