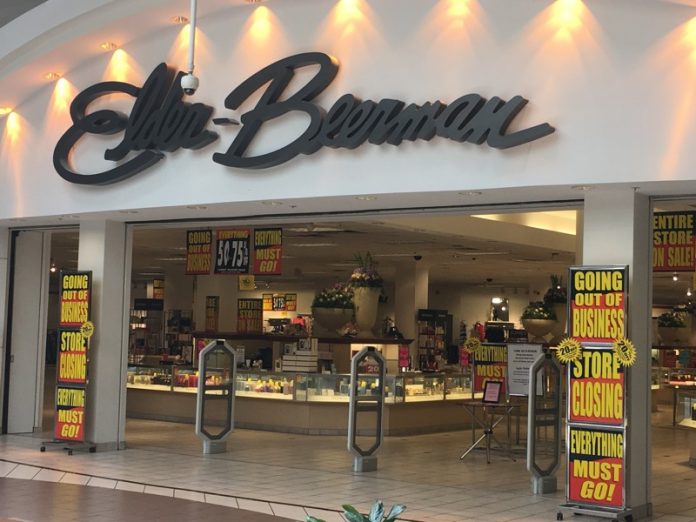 Elder-Beerman will close most of its local stores for good within the next two weeks and stores now have discounts as high as 90 percent off of merchandise.

While Elder-Beerman’s parent company Bon-Ton has through Aug. 31 to liquidate all of its brands’ merchandise, most Elder-Beerman stores are expected to run out of product between Aug. 24 and 29, said Scott Carpenter, vice president of retail solutions for Bon-Ton’s liquidation company the Great American Group.

“Merchandise and store items are selling out fast with current discounts as high as 90 percent off for the final weeks with limited exceptions,” he said.

On Feb. 4, Bon-Ton and its subsidiaries filed for a court-supervised financial restructuring under Chapter 11 bankruptcy in the U.S. Bankruptcy Court for the District of Delaware. In April, the retailer announced it would liquidate its assets as part of the bankruptcy.

The company recently announced sales discounts between 70 and 90 percent off store wide, aside from a few exclusions. After customers take those percentages off, they can add an additional 20 percent off men’s apparel, home decor, jewelry, shoes and housewares, as well as an additional 30 percent off women’s and children’s clothing.

“We are trying to make it as easy as possible for customers to shop in the final weeks. As stores sell out, we are consolidating remaining inventory. Store fixtures, furniture and décor are also being moved to be sold,” Carpenter said.

Distribution centers are empty, as the company made its last shipment to stores last week. As stores run low on merchandise, they’ll close and the remaining inventory will be sent to larger stores. A few stores have already sold out and closed, and about 77 percent of merchandise has been liquidated, Carpenter said.

All four Dayton-area stores and the Piqua location are still open.

“Stores can go a little longer or shorter depending on the sales volume,” Carpenter said.

Before the first round of closings, Bon-Ton employed about 24,000 people, including hundreds in the Dayton area. The company operated roughly 250 stores in 23 states under the Bon-Ton, Bergner’s, Boston Store, Carson’s, Elder-Beerman, Herberger’s and Younkers brands.

• Plan to see new products at local ALDI stores: Here’s what we know

• Popular apparel store at The Greene getting a makeover