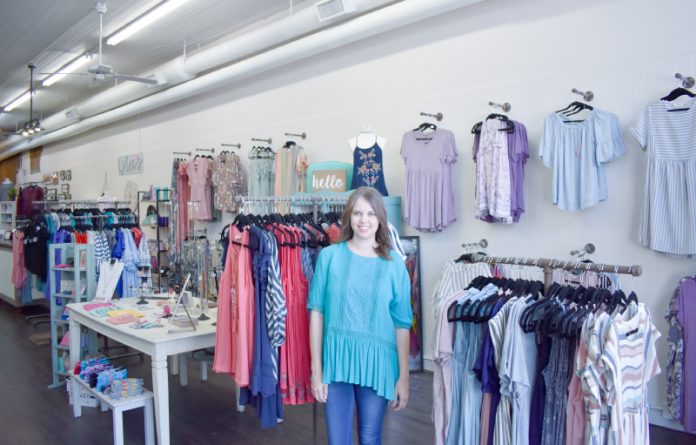 Meagan Wauters said she got fed up with her job in the corporate retail industry. The long hours and working on weekends pushed Wauters to pursue her love for clothing and begin what would become the downtown Plano store, Lyla’s: Clothing, Decor & More.

To stay up to date on the latest fashion trends, Wauters said she has attended fashion shows in New York and Las Vegas. Wauters’ efforts to build her brand over the years have culminated in a large social media following with over 35,000 followers on her Facebook page alone.

“We try to stay casual,” Wauters said. “We want something that’s going to fit everyone, and we also don’t want to have a targeted age range. It’s not over-the-top trendy.”

After initial success with her online shop, Wauters began opening pop-up booths at galleries throughout North Texas. However, Wauters said she is turning her focus to the storefront, and has since shut down one of her pop-up booths in McKinney.

“That’s why I’m slowly getting rid of [the pop-ups], because I feel like my focus should be the storefront,” Wauters said. “It’s where I have the most inventory and most care for.”

From Lyla’s start as an online retail clothing site to its current brick-and-mortar operation, Wauters said her husband, Jason Wauters, has been along for the ride from the beginning and is often working behind the scenes.

“He has built all the display racks, he buys all the ‘man cave’ stuff and he paints some of the furniture,” Wauters said. Some of the men’s items in the man-cave section include custom bottle openers and pomade.

But even with the addition of furniture, decor and gift items, Wauters said her passion remains maintaining the store’s variety of tops, pants, jewelry and her other clothing items.