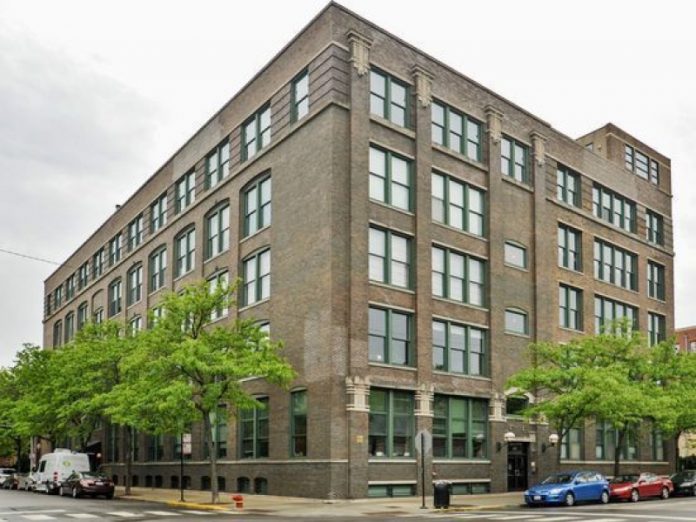 Ductwork, tinfoil and computer terminals appear to be exploding out of the bathroom ceiling at a West Loop loft that came on the market last week. In the hallway, a mural depicts a pair of el cars clattering by, and in the kitchen is a spidery set of lights that look like props in a Tim Burton movie.

“It’s a different experience in every room,” said Anita Zagraniczny, who with her husband, Josef, has owned the two-bedroom condo in Union Park Lofts on Washington Boulevard since 2002. They have had the 1,740-square-foot, third-floor hard timber loft on the market before and listed it again July 13, now at just under $600,000 and represented by Sean Ryan of Ryan & Co. Realtors.

Not long after the couple bought the loft—for about $347,000, according to the Cook County recorder of deeds—they were looking for ideas on low-cost but interesting ways to decorate the unit, Anita Zagraniczny said. An artist friend, Miroslaw Chudy, offered to move in (the couple didn’t live there) for a few weeks and do some work.

“It turned into several years, and he did one room after the other,” she said.

Chudy, now based in Miami, lived in the condo for about six years, until around 2009, she said. He used cast-off materials, such as the pieces of stained glass and wood palettes that he made into sliding window shades for the living room.