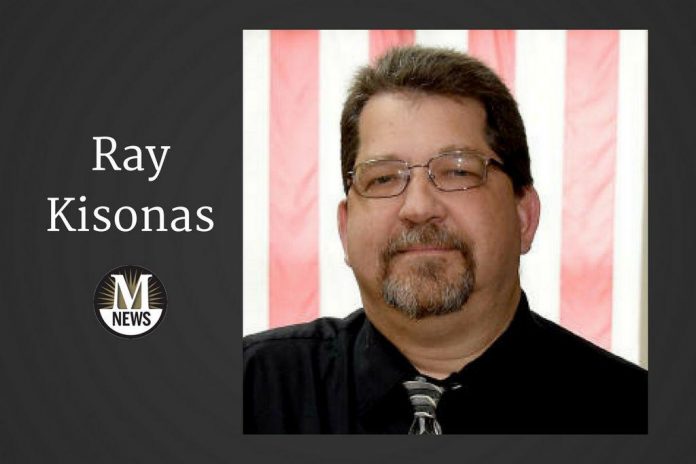 Ray isn’t a big fan of decorating for the holidays unless it can be done quickly.

When painting a room, there is a delicate matter of when wall meets ceiling — and I’m not a delicate person.

Rolling globs of paint on a big wall is my kind of decorating. It gets done fast. And when it comes to slowly and painstakingly painting the wall where it meets the ceiling, I can do it. For about eight seconds. Then the lines are as straight as a Jackson Pollock piece.

I could quote stuffy British poets and agree that patience is a virtue.

Instead, I’d rather quote Larry the Cable Guy when he says, “git’er done.”

That’s why I walked around with damp pants as a kid — I couldn’t wait for them to dry on the clothesline.

That’s also why I’ll never be a woodworker. All that meticulous sanding and measuring and careful cutting just to make a box to hold coupons? Forget it. Send me to Big Lots and save me the aggravation.

And that’s also why I admit I’m not good at decorating the Christmas tree.

When I was a kid, part of the trimming including this stuff called tinsel. Tinsel was thin, shiny strips of aluminum that hung on the branches to make the tree look more silver, which didn’t make any sense. But I was just a kid and told to follow the rules of life.

Now tinsel came in a package that included roughly 45,000 strands. And my oldest sister, who had the patience, placed each individual strand on the tree just so.

This was madness. I grabbed handfuls of the stuff and decorated the branches by the clump so she shooed me away.

I had no problem watching “Jonny Quest” cartoons while she painstakingly placing individual strips of shiny aluminum on each branch. It’s no wonder that tinsel has disappeared. Not only was it a pain in rump, it was probably determined to be a health hazard, like lead or mercury or black licorice.

These days, patience is still required when decorating the tree. Yet I can’t just place the ornaments anywhere.

Apparently, there’s this universal rule that small ones are to be hung at the top and the large ones go on the bottom.

Who says? I’d like someone to show me in “The Rules for Trimming the Christmas Tree” pamphlet where it exactly states that. Was my sister the author?

But to maintain the holiday spirit, I follow the rules of society and put the big ones on the bottom and little one on top.

Of course, before hanging the ornament, we must first ponder its existence. Where did it come from? Was it a gift? Did our grandson give it to one of us? What year was it given?

My wife and I have ornaments that we still can not agree which side of the family they originated.

While I’m certain it was my dad’s favorite, she is positive it was her grandmother’s.

And while I love a good debate, I just want to “git’er done” so I’ll hang it up. And naturally she’ll move it because it’s in the wrong place.