Home Bedroom Orinda ranch house gets a ‘Mad Men’ update, with a room for... 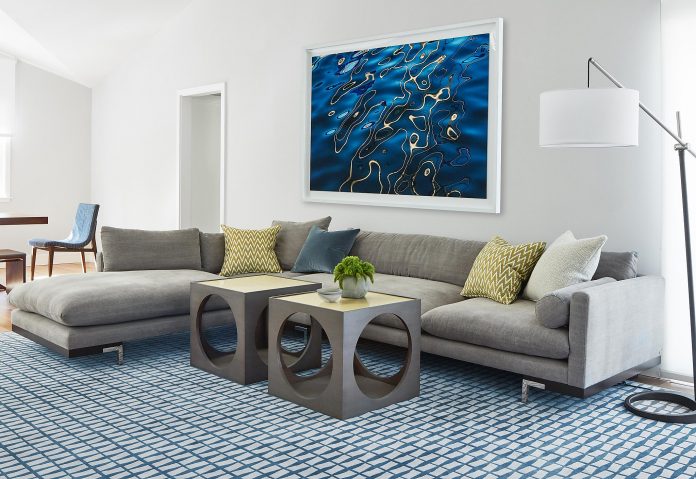 A random scent will instantly transport Dan Rolleri back in time.

“The smell of jasmine reminds me of doing my paper route as a kid,” says the Millbrae native.

Everything from the dampness of Golden Gate Park to the “paste” smell of Office Max triggers sense memories for Rolleri, 53, a sensation that prompted him to start collecting perfumes 15 years ago. He has since amassed more than 400 bottles. When he bought his first home, a 3,100-square-foot midcentury ranch house in Orinda, he knew he would dedicate a room to his collection.

Rolleri, a writer and the former editor of the now-defunct (and “destined-to-fail”) art and literary magazine, Speak, chose the property for the 60-foot pool and tiered yard.

The house itself, he says, was a “nightmare.”

Its exterior was brown and dreary, the interior had blue walls, gaudy floral accents and hand-applied red-ribbon trim on the light fixtures and fireplace. Two decorative Doric columns had been plunked down in the living room.

“The columns were the worst offense,” says interior designer Jennifer Jones, of San Francisco’s Niche Interiors. “If I were going to issue a citation, that would be it.”

Rolleri, a longtime San Francisco renter, describes his apartment decor as “Crate & Barrel sale.” He wanted his first adult home to rise above this aesthetic. As a fan of the AMC period drama “Mad Men,” he wanted a look similar to the show’s midcentury sets, but not a Smithsonian-level replication.

“We wanted to honor what the house was meant to be, but strip it down to its essence and then bring it back to a place that isn’t literal midcentury, but modernized,” says Jones. 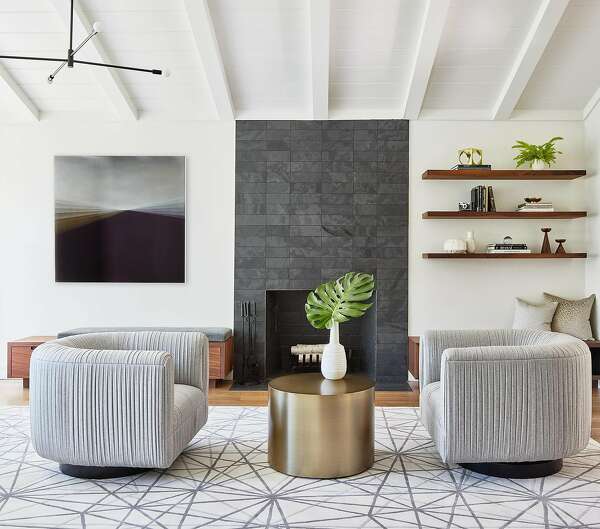 The brown exterior paint job was modernized with crisp white. Buckled Pergo floors were replaced with oak planks, horizontal wall paneling was removed, and the bathrooms were gutted. The classic earmarks of a 1951 ranch house were revealed — a pitched roof with exposed beams and a single-floor layout with a central living space. (In the 1970s, the basement was made into a second floor; it’s now where the guest bedroom is located.) Jones created an updated midcentury tableau with the clean lines, saturated color and materials typical of the era.

In the living room she removed high-contrast black and white marble from the fireplace and replaced it with slate tiles that climb to the ceiling, visibly lifting the space. She also installed warm walnut wood built-ins and a pair of swivel chairs in ruched gray wool from Los Angeles designer Kimberly Denman. A graphic rug from Stark creates a sense of movement.

An awkward office once strangely affixed with a glut of china cabinets was transformed into a handsome library with white walls dramatically contrasted by black built-ins and window mullions; a pair of modern yellow-velvet wingbacks lighten the mood. In the media room, hollowed end tables, paired together to form one coffee table, are fitted with cushions for Rolleri’s two cats, Charlotte and Audrey. Jones commissioned several custom pieces for Rolleri, including a low-slung wooden bed for the master bedroom and a slinky emerald-green chaise in the office, both ideal settings for any activities requiring an old-fashioned and a cigarette smoldering in an ashtray. 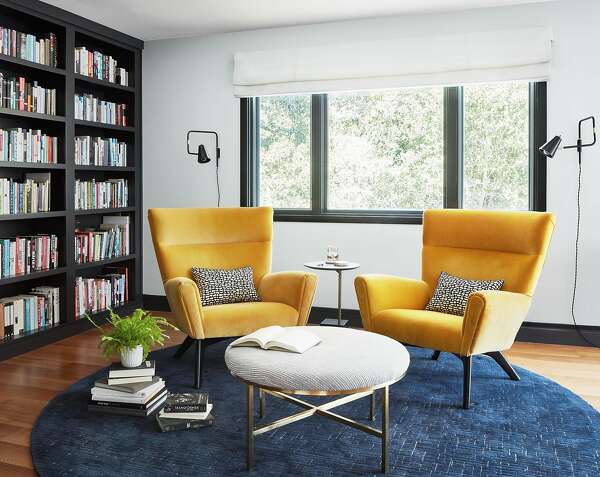 The most custom element of the home is easily the perfumery, installed in a former bedroom. Jones maximized for bottle storage by installing as many floating walnut shelves as the limited wall space would allow. A central table is where Rolleri samples perfumes for guests, in the style of wine tasting.

Rolleri’s collection includes a discontinued (read: highly valuable) Tom Ford scent, Velvet Gardenia, which he describes as having a “mushroomy” note. He is also partial to the ubiquitous Tea Rose (“alive, fresh, green”), which you can buy at your closest big-box store for under $10. Revolution by Lisa Kirk, one of the more obscure perfumes he owns, is a tribute to the protests of the 1960s, and is (pleasantly) reminiscent of blood, sweat and gasoline.

Rolleri attributes his scent sensitivity to his lifelong battle with anxiety. He believes that anxious people have a heightened sense of smell. Living in this home has exacerbated some of Rolleri’s nervous tendencies. Though he’s been here since 2017, he still treads lightly in the swanky environment.

Somewhat sheepishly, he admits to recently dripping red snow-cone syrup on one of the chairs in the library, leaving a stain. It might be a sign he’s starting to settle in.

“A few months ago, I started eating (in) places you’re not supposed to in a nice home,” he says. “I’m slowly breaking the rules.”