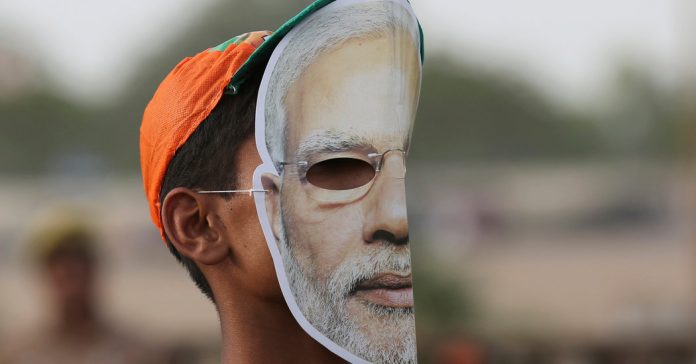 Hopes for a big-bang Indian reformer revived years later with the rise of Mr. Modi, who in 2002 had been elected as chief minister in the western state of Gujarat. By courting multinational companies, building roads and streamlining the state bureaucracy, Mr. Modi oversaw an stunning boom. The state economy grew at a pace close to 12 percent annually in his first term. In 2014, Modi’s record in Gujarat helped lift him into the prime minister’s office.

Like many India watchers, I heard in Mr. Modi’s call for “minimum government, maximum governance” the voice of a red-tape and regulation-busting reformer in the Reagan mold. In retrospect this reading ignored how Mr. Modi had delivered “maximum governance” in Gujarat: by force of personality, cutting foreign investment deals himself, intimidating bureaucrats into building roads on time without demanding bribes.

This was economic development by executive order, not economic reform by systematically expanding freedom. Mr. Modi has tried to govern India the same way, but the top-down commands that rallied tens of millions of his fellow Gujaratis worked much less well on the sprawling Indian population of 1.4 billion. He centralized power in the prime minister’s office, and many private business people now say he treats them much as his socialist predecessors did, often suspicious of their motives and contribution to society.

One November evening in 2016, he ordered the withdrawal of large rupee bills — 86 percent of the currency in circulation — at midnight. The aim was to flush cash out from under the mattresses of rich tax dodgers. One of his cabinet ministers said Mr. Modi was delivering on a “Marxist agenda” to reduce inequality. Today, however, the aftershocks are still rippling through the economy, and have been especially painful for the poor.

In some ways Mr. Modi has proved more statist than the Gandhis. Before he took power he criticized Congress welfare programs as insulting to the poor, who “do not want things for free” and really want “to work and earn a living.” As prime minister, Mr. Modi doubled down on the same programs, expanding the landmark 2006 act that guaranteed 100 days of pay to all rural workers, whether they worked or not.

On the economic front, then, every Indian party is on the left, by Western standards. The Congress traces its economic ideology to socialist thinkers, but the B.J.P.’s thinking is grounded in Swadeshi, a left-wing economic nationalism. Regional parties, an increasingly important third force, are inspired by the same Indian socialist heroes, like Ram Manohar Lohia.

It is true that several Indian prime ministers going back to the 1980s pushed free market reform. But they did so only when forced to by a financial crisis, not out of conviction, and certainly not now, after five years of reasonably strong growth. This year the B.J.P. has been announcing new government programs that would make Mr. Modi feel right at home in a Bernie Sanders town hall meeting, including cash transfers for farmers, wage supports, free health care and a pucca (concrete) home with gas and electricity for every Indian family.

This is not the Modi portrayed by the foreign press, which casts him as an extreme right-wing nationalist. His campaign may well have stirred up India’s Hindu majority against the Muslim minority. But on the economic front, Mr. Modi is as far left as any Indian leader in memory. And if he does win a second term, he is much less likely to govern like a Reagan than a Sanders.

The Times is committed to publishing a diversity of letters to the editor. We’d like to hear what you think about this or any of our articles. Here are some tips. And here’s our email: [email protected].