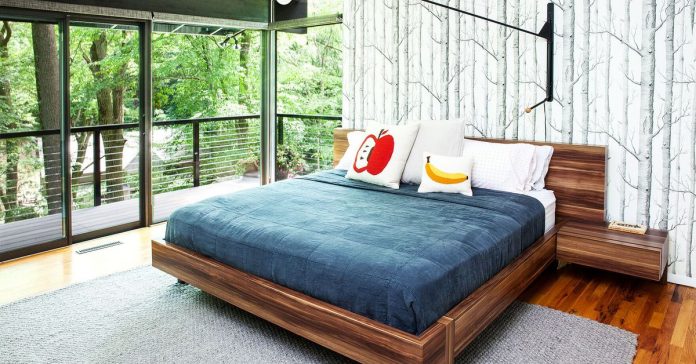 Do you know what brand your sheets are? Chances are you don’t because, traditionally, bedding products have been largely commoditized; people go to a department store and buy whatever it has with little regard for what brand it is. There are luxury brands that are nice but, for most people, not $800 nice.

But the bedding industry is changing. Since 2014, a new breed of digital-native bedding brands has filled the void between commodity and luxury by selling luxury-quality bedding products directly to consumers online, foregoing the price markup that comes with buying from a department store. The new brands have given a face to bedding that it’s never had, and they’ve changed how consumers think about home decor in the process.

“I think there was a little bit of a revolution in the home space,” said Brooklinen co-founder Vicki Fulop. “Bedding used to be a space that didn’t have any brand loyalty. It was just whatever store you went to, you found something. I think there are a lot of brands in our generation solving that problem.”

Bedding startups have capitalized on fundamental shifts in purchasing preferences caused by the maturation of e-commerce. While bedding startups were a little late to emerge relative to other industries, bedding benefited from previous businesses getting people comfortable with buying over the internet, like Warby Parker with glasses. Because of this, bedding brands didn’t need to explain that selling direct to consumer over the internet would cut costs associated with a retail middle man; they already knew.

But perhaps the strongest tailwind for new bedding brands is a cultural shift in how people think about bedding and home decor. Since the advent of Pinterest, consumers are thinking about their bedrooms in a more fashionable way. While in the past people would stay with one decorative theme all year long, people have started changing their bedroom decor along with the seasons.

“They want to get more cozy with layers in the winter months,” said Parachute founder Ariel Kaye, who says her customers are likely to own three times more linens than the average American. “Then in the spring and summer there’s like this peeling back, switching to lighter fabrics, switching to more breathable fabrics.”

While the new brands are mostly eating into the market share of legacy suppliers like Bed Bath & Beyond, the behavioral change has resulted in increased purchasing among the older millennials who make up the their primary customer base. According to Statista, the bed-linen market will rise to $12.7 billion by 2020, up from $10.8 billion in 2015.

They believe the market is big enough to sustain a number of smaller direct-to-consumer brands, and the shift to seasonal buying plays into their hands. They also believe that the success of one brand rubs off on the other, as the idea of buying bedding online and shifting with seasons becomes more normalized.

“There’s this ‘rising tide lifts all ships’ effect,” said Modak, whose company also sells kitchenware and home goods outside of bedding. “At the same time, when you’re talking about this premium level that we’re playing in, we’re definitely competing with the incumbents or the legacy brands that were around in a luxury department store. Those customers would have gone to a department store to buy are the ones we’re also targeting to show them that we can create product that’s the same or better.”

Bedding startups have gotten funding from a variety of sources, including venture capital and private equity firms. Brooklinen launched after a successful Kickstarter campaign, and other startups in the space have attempted to follow its lead. In some cases, legacy bedding companies have invested directly in the startups they’re competing with rather than trying to beat them at their own game.

Funding rounds have helped the companies expand into different product categories. While Snowe launched with a complete assortment of home products, others have gradually expanded into bath linens, scented candles, and kitchenware in hopes of becoming a one-stop shop for outfitting a home.

“We set out to build this destination, and sheets and pillows are an incredibly important part of our business model,” Modak said. “But we are building this bigger picture beyond that.”