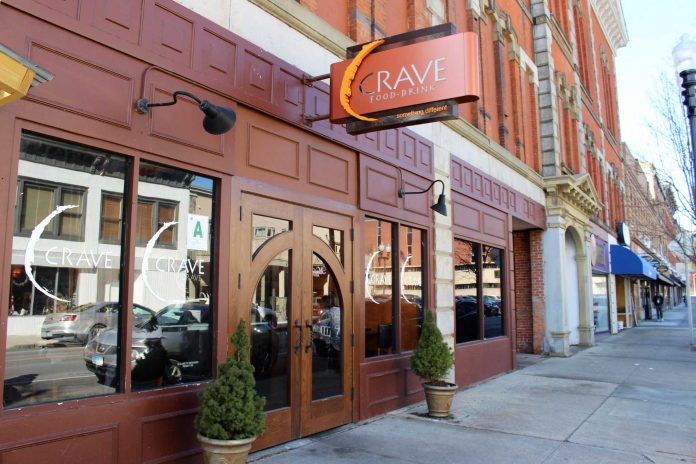 ANSONIA — Whether you’re craving Mediterranean bass with Cajun spices, a Cuban sandwich, sesame chicken, potato pancakes or a pepperoni pizza, downtown Ansonia is fast becoming a recipe for success for all types of tasty cuisine.

Main Street is now home to 18 restaurants, many which have opened during the past year or so, and the most ever in downtown’s history, officials said. The area is quickly transforming into a melting pot of sorts, satisfying the public’s taste buds with restaurants specializing in American, Latin, Polish, Italian and more.

The latest restaurant to join the downtown scene is Chifrijo, located in the former Vonetes luncheonette at 242 Main St. and specializing in Latin cuisine, with a splashy, Miami-club décor.

Before that, city officials welcomed Palma Restaurant, offering Spanish/American cuisine at 252 Main St. Soon the city will celebrate the grand opening of the newly expanded and relocated Massiminos Ristorante at 85 Main St.

Last year, Ansonia opened its doors to the Bangkok Room and Casa Bianca Pizza. A couple years earlier, the Polish eatery Warszawa came to town. And Crave, at 102 Main St. since 2007, continues to be popular.

Mayor David Cassetti said downtown is becoming a “dining destination,” and is excited to see restaurants like Crave and Massiminos reinvesting with recent expansions.

“Downtown Ansonia is beginning to resemble the International Showcase in Disney World’s EPCOT Center,” said Cassetti. “It’s wonderful to see so many nationalities represented. Ansonia is now a dining destination. And I have a feeling that the best is yet to come.”

“They want to be part of the action,” she said. “A cluster of successful restaurants has snowballed into a full-on movement, spurred on by Mayor Cassetti’s Ansonia Recharged revitalization campaign. Ansonia is a diverse community, so it makes perfect sense to see such a large variety of offerings downtown.”

Corporation Counsel John Marini said the cluster of new restaurants is the result of the city’s “strategic reinvestment program.”

“From the construction of a new downtown police station, to the remediation of contaminated properties, to high profile road reconstructions, Ansonia is undergoing an impressive transformation,” said Marini. “All of this is extremely attractive to investors.”

Scott Dolch, executive director of the Connecticut Restaurant Association, is rooting for downtown to thrive for years to come.

“I think it is important to know that we have over 8,000 restaurants in Connecticut and the vast majority are small business owners trying to be successful in a state that hasn’t been favorable to small businesses in recent years,” said Dolch. “As the head of the CRA it is my job to continue to fight for the industry each and every day at the Capitol regarding issues that directly impact this industry.”

Dolch believes variety is the spice of life and said the unique food offerings “bode well for Ansonia and the Valley” at large.

“I feel multiple restaurants in one location give consumers a chance to have variety and an opportunity to have options all-in-one location,” Dolch said. “Areas with a high-number of restaurants seem to feed off each other. Unique restaurant concepts make it great for people to try something new each and every time they dine out.”

“I believe we are truly in the midst of an economic renaissance, and Ansonia’s dining district, has been leading the charge,” Luneski said. “I’m not going to sugar coat the fact that living in Connecticut can be frustrating and often difficult, but here in Ansonia, we have recipe that other cities are clamoring to duplicate. A key ingredient is an administration that is open and supportive, works tirelessly to attract business, keen on hometown values and aggressive in clearing the barriers to re-development.”

Both Luneski and O’Malley said the recent restaurant boom has far-reaching effects.

“Our dining district is a powerful catalyst in growing Ansonia’s economy,” said Luneski. “Not only are we are attracting even more restaurants, shops and boutiques, many other types of businesses are choosing Ansonia as well. All of this development provides stability and growth to our tax base and allows us to re-invest in our schools and infrastructure, and ultimately improve the quality of life for our residents.”

“A thriving restaurant scene leads to a thriving business scene,” O’Malley added. “Great restaurants have an impact on the sale of residential apartments, retail, office space…and beyond.”

“Our downtown landscape is an envy of all towns,” he said. “It’s a wonderful mix of historic and modern building architecture, 1,600 free parking spaces, 3.5 million cars that pass through Main Street annually, and it’s level, no hills. This becomes very attractive to someone seeking to open a restaurant here. I can see room for more. You can never have enough fine dining destinations in one area.”

Seymour resident Diane Trevelin recently frequented Copper City Bar & Grill with a group of friends and enjoyed its “friendly atmosphere and good food.” She said it’s nice having a variety of places to dine, all in such close proximity to each other.