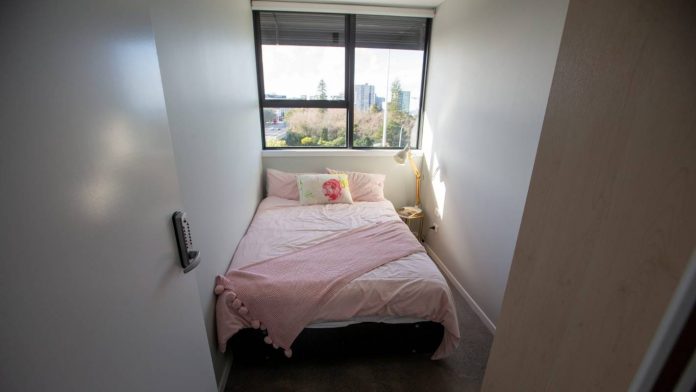 The rooms are smaller than a parking space, but how does the newest thing on the Auckland housing market really measure up?

The hostel-like accommodation, called The Coh, made headlines in June for essentially being a upmarket dorm for adults – one of the first of its kind in the super city.

Potential tenants will be charged $360 per week for their slice of the 22-bedroom, 9-bathroom house on Symonds St in the CBD.

After minor set backs – the hot water cylinder couldn’t fit up the stairs and had to be craned in through the roof – The Coh is finally due to open on July 22, but not before Stuff got a sneak preview.

The co-living home is a rectangle box with a kitchen, living room, cinema room and rumpus room all on the ground floor.

The second and third floors have 11 bedrooms, four bathrooms and a washer and dryer on each floor.

The first thing that came to mind during the visit was the location – smack bang on the Symonds St southern motorway off ramp, overlooking spaghetti junction and with Rangitoto in the distance.

There is a considerable amount of road noise outside but stepping through the front doors and into the kitchen brings that down to a whisper.

“Everything is double glazed and properly insulated with ‘fire jib’, which is a lot denser, and pink bats [insulation],” said Coh founder Ben Spence.

He said that should keep internal noise down to minimum also – an essential when living in such close quarters with 21 others.

Those features also mean the building is highly insulated. It’s the middle of winter and, despite the cool air conditioning running, I still have to take off my jersey.

Considering the building was completely gutted just six months ago, it looks amazing on the inside.

A little elbow grease and help from mum, who has an eye for interior decorating, has gone a long way, Spence said.

“Its been great, I loved it but it was very stressful. But would I do it all again? Yes.”

The rooms are little bigger than a grown man’s out stretched arms, width-wise. They are small and, as such, are clearly not targeted at people who want to spend all day spending time in them.

Spence said he got the idea from the growing trend of co-living arrangements overseas, and the rooms were targeted at young adults between the age of 23 – 35 years old.

He said it would be ideal for young professionals moving to Auckland, or who were already in the city and wanted to meet new people.

Everything is high spec – the shower caddies are Morgan and Finch, the fridges and freezers are Fisher & Paykel, the mattresses are Sleepmaker Lifestyle.

Spence said he spent a fortune at Briscoes to deck out the kitchen – but made sure to go on a sale day.

The cost for a room is $360pw for up to four months, but decreased if people signed up for a longer period of time.

Bills, cleaning and wifi is all inclusive, but still, some potential tenants might find the price a little on the steep side. And there’s little space for home comforts – or even the basics, such as clothes, in the small bedrooms. 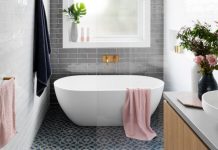 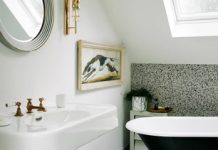 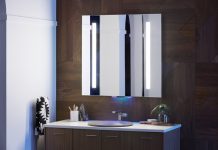